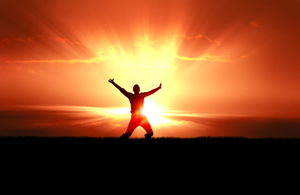 Dr. John Eliot, in his audio program The Maverick Mindset, tells a story that happened early in the career of a heart surgeon by the name of Scott Buchannan.

Before a scheduled heart transplant, it was suggested to Dr. Buchannan by some other doctors that he ask his patient, a 65-year-old woman, why she needs her surgery.

It seemed a little crazy to Dr. Buchannan as the answer to his question appeared to be pretty obvious, but he decided to ask her anyway.

It was suggested that he not stop at the first answer – that he keep digging until he got to something that contained real meaning.

So he went to his patient's bedside and asked her why she wanted the operation.

Not surprisingly, she said to him …

"Son, I'm about to die here and you're going to be my surgeon? You're asking me why I need this procedure? Maybe I'd better get somebody else to perform it."

Dr. Buchanan calmed her down by saying that he knew she'd had a successful life up to that point and he just wanted to know why she wanted to keep going.

"You mean my unfinished business?"

She then went on to explain how all her life she'd been a very good swimmer. And how she had a 6-year-old granddaughter who was afraid to go in the water. She wanted to be around to teach her granddaughter to swim. Dr. Buchannan thanked her for the answer.

The operation was a success. Normally, after a heart transplant, it can take up to 12 months of physical therapy to get back to normal. It took this 65-year-old grandmother just four months till she was in the water teaching her granddaughter to swim.

Eliot tells this story to highlight the importance of having a "sense of purpose" in life. It's important to note that because he now knew a little about the woman, Dr. Buchannan had a greater sense of purpose during the operation. He was not just performing a heart transplant; he was giving a grandmother more time with her granddaughter.

So what exactly does having a sense of purpose mean?

A sense of purpose means having something in your life that is so meaningful to you that you don't want to give it up. It's something that without you might not be achieved or accomplished.

A sense of purpose is something that will inspire you to a greater level of achievement. It gives you increased motivation to achieve, fuels your confidence, and gives you the drive you need to take on and conquer any obstacles that fall in your path.

All through history, there have been great stories that highlight the impact and importance of having a sense of purpose in life. Here are three:

On top of reaching a greater level of achievement, there's another key benefit of living with a sense of purpose.

It was uncovered by a Harvard, Johns Hopkins, and Stanford study (which Eliot cites in his program) of people who lived to be a 100 years old. The study took place over 30 years and involved approximately 20,000 people.

The goal of the study was to find out what factors contributed to them living so long. Hundreds of factors were considered: everything from eating habits to religion to the size of someone's family to their smoking and drinking habits.

The results of the study found that living a long life came down primarily to two things. The first was exercise. And not "going to the gym every day" exercise, but how active people were on a daily basis.

The second factor was having a sense of purpose.

To help develop (or strengthen) your sense of purpose, I've put together a few tips and suggestions:

Everything you desire to achieve in life can be enhanced by attaching a sense of purpose to it. It can provide you with extraordinary ability and determination.

Whenever you set a goal, also identify the sense of purpose behind it, and I'm confident you'll also find the inspiration and motivation you need to turn whatever you do into a raving success.

14 Responses to “Be Happier and Accomplish More by Living Your Life With a Sense of Purpose...”