2013 Bootcamp Speaker:
Drayton Bird: The man David Ogilvy says “knows more about direct marketing than anyone else in the world.” 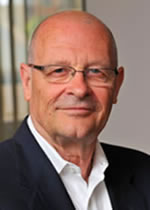 Drayton Bird is a living legend in our industry.

The late advertising great, David Ogilvy, said that Drayton “knows more about direct marketing than anyone else in the world.”

And Sir Martine Sorrell, CEO and founder of WPP, the world’s largest advertising and marketing services group said: “People all over the world have been lucky enough to learn from him.”

For over 50 years, Drayton’s been sharing his knowledge and passion for copywriting and direct marketing all over the world (in 53 different countries at last count!).

And come October he’ll be sharing his knowledge at AWAI’s 2013 FastTrack to Copywriting Bootcamp and Job Fair.

His book, Commonsense Direct and Digital Marketing, translated into 17 different languages, has been the UK’s best seller on the subject every year since 1982.

He has written 4 other marketing books, including How to write a sales letter that sells.

Though he’s still waiting on being “knighted” by the Queen of England, he has received numerous awards for his contributions to our industry.

He’s also a fellow of the Royal Society of Arts and also of the Institute of Direct Marketing.

Drayton will take the stage on October 24th at AWAI’s 2013 Bootcamp and during his presentation, 56 Years and 53 Countries’ Worth of Bird Droppings –
Marketing and Copywriting Gems I’d Want to Know Today If I Was Starting Out he’ll reveal:

Drayton also created an exclusive interview where he shares a few insights on direct marketing, along with a few nuggets of wisdom ANY copywriter would be wise to follow.

To access Drayton’s interview and to learn more about Bootcamp visit: http://www.awaibootcamp.com/speakers/drayton-bird/