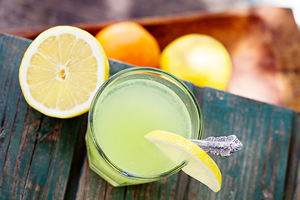 So let me tell you a true story …

The year was 1976 and life was NOT good in America – and it wasn’t just because Disco was king and we suddenly found ourselves sporting silly-looking Leisure Suits.

America’s name was being dragged through the dirt world-wide. In the preceding 24 months, Richard Nixon had resigned in disgrace and Saigon had fallen to the Vietcong.

Our new president, Gerald Ford – the only man in history to serve both as vice president and president of the United States without winning a single election – was proving himself to be an affable dunce.

Our nation was still reeling from the effects of a vicious two-year recession. Unemployment was worse than it is today: Nearly 8% of our workforce was out of work.

As if to add insult to injury, inflation rates – our cost of living – had soared more than 17% in the preceding 24 months. Our money had lost nearly one-fifth of its buying power in just two years – and our president’s only solution was the idiotic proposal that we all wear lapel pins proclaiming “WIN” (“Whip Inflation Now”).

Then, just when most investors thought things couldn’t get worse … you guessed it: Things got worse.

Unsurprisingly, given the laundry list of woes just cited, millions of Americans were eager for “change.” So in November of 1976, they elected Jimmy Carter as the 39th president of the United States. And just to make sure the new president would have no problem getting his economic programs passed into law, they also preserved his party’s majority in both houses of Congress.

Now, you’d expect any fiscally conservative entrepreneur to be deeply worried … even depressed about the future at a time like that. But four men – Howard Ruff, Tom Phillips, Bob Kephart and Jim Blanchard – were not depressed.

Instead, they rolled up their sleeves and laid the groundwork for what would soon be massive personal fortunes.

Because instead of obsessing over our country’s enormous economic problems or fixating on how the new administration’s policies would only make matters worse, these four pioneers saw a huge opportunity.

First, they recognized that, between Nixon’s corruption and Ford’s economic incompetence, millions of people had lost faith in Washington’s ability to do anything right.

They saw that millions of investors were even more alarmed over the new administration’s economic plans.

They believed that many investors had come to the conclusion that Washington couldn’t be trusted with the economy – and that the ONLY way to save their wealth would be to take matters into their own hands.

And they knew that those investors would gladly pay for leadership to help them protect and grow their wealth; to survive and prosper despite all the harm the government would surely inflict on the economy in the years ahead.

They were right on all counts. Within four years, inflation rates had tripled. The Prime Rate – the “preferred” interest rate that only the highest quality borrowers got – had hit 21%. The Dow had declined 20%. And the U.S. had sunk into yet another recession.

More to the point: Each of our four heroes amassed personal fortunes that ran into the tens of millions of dollars – and in some cases into the hundreds of millions.

It’s true that we’ve just come through the greatest economic crisis this country has suffered in nearly eighty years. It’s also true that it got worse before it got better no matter what the president did. And it’s also true that some of the greatest opportunities that entrepreneurs, marketing execs and copywriters have seen in decades were hidden within this crisis.

During this rough patch we saw companies that found and mined those opportunities positively explode in size and profitability. We saw vast new fortunes made by those who discovered ways to help people survive and thrive.

But you can be sure that those new multi-millionaires did NOT waste a moment obsessing over whether or not it was Bush’s recession or Obama’s depression.

Instead, they thought about products and services they could offer people who needed leadership to get their companies, families and themselves through the challenging days that laid ahead.

It happened back in the gloomy years of the late ‘70’s. It happened again over the past 8 dismal years. It will happen again the next time our economy turns sour. Savvy marketers and skilled copywriters will make fortunes.

And because you’re in this wonderful industry, you’re poised for success regardless of what happens in the economy.

This article was republished with permission from Clayton Makepeace

1 Response to “Turning Lemons into Lemonade”