2015 March The Triumph of Hope Over Experience

The Triumph of Hope Over Experience
By Clayton Makepeace 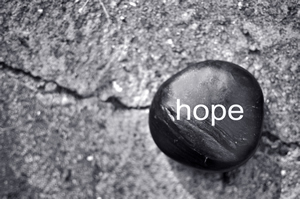 Without it, there would be no second marriages … no cheering crowds behind Hillary, Obama or Jeb on the six o’clock news … and, of course, no Las Vegas.

The fact is, no matter how cynical, negative or worldly wise each of us wants the world to think we are, all of us want to believe. Desperately.

And, the simple fact is, hundreds of billions of dollars are earned each year by marketers who do little else but:

Take Vegas, for instance. We all know it’s the world’s greatest fleecing machine. We know that there are no games of chance there – that the odds are heavily weighted in favor of the casinos.

And yet, even those of us who never expect to beat the house happily fork over thousands for travel, lodging and food – and then blissfully lose thousands more at the tables, knowing from experience that we’re being played for suckers.

Now I ask you: Is this anything a sentient, self-respecting, intelligent creature would do?

No. And that’s the whole point.

We are NOT sentient, self-respecting intelligent creatures. We only tell ourselves that we are. The truth is, we are driven by emotion. We only use our thinking brain to rationalize those emotional decisions after they’re made.

Don’t tell me; tell one of my former crackerjack copywriters. A while back, she found a medical study you should consider …

Seems some people who suffer minimal brain damage retain their cognitive ability – their ability to reason – but lose their ability to feel any emotion. And, when a major medical institution studied these poor souls, they found something fascinating …

When deprived of their ability to feel emotion, these still-intelligent, rational, thinking people were incapable of making ANY decision. They couldn’t even decide which shirt to wear … what to order in a restaurant … or how to manage their money!

I’m thrilled we found that study. Because it proves beyond the shadow of a doubt something I’ve been talking and writing about for years:

If we made our spending decisions on the basis of logic, nobody would buy a new car – suffering the massive depreciation that slams you when you drive it off the lot. Heck: We wouldn’t buy any kind of car – new OR used – for that matter. We’d all be riding the Metro. Or the bus. Or a bicycle.

And, who in his right mind would spend more than a few hundred bucks a month on a place to live – especially after seeing what happened the last time housing prices collapsed?

Frankly, I’d be hard-pressed to think of much that we spend money on that makes any logical sense at all. We buy all that stuff simply because we want to believe.

We want to believe – so desperately – that these things will make us feel more confident … more successful … more secure … more fulfilled … happier … that we spend our entire lives mindlessly pursuing them.

Just get up early tomorrow morning and turn on CNBC – or just about any cable channel that runs infomercials at night – and you’ll see what I mean.

Put on your thinking cap, now …

If I told you there’s a non-prescription pill – made entirely of vitamins and minerals – that will grow hair on a cue ball … would you believe me?

Preposterous – right? After all: If vitamins and minerals reversed male pattern baldness, only anorexics and bulimics would lose their hair.

How about “the size of a certain part of a man’s body”? Would you believe that a few vitamins and minerals will magically transform a water spout into a fire hose?

Wouldn’t obese guys be the most “blessed” of all?

What? You don’t believe this stuff? You know what? Nobody does!

But you know what else? There’s an infomercial on TV that’s generating millions and millions in sales for an all-natural hair-regrowth product and another that’s making some scam artist rich selling vitamins that supposedly make your thingy bigger.

Why would anyone with an IQ larger than his shoe size buy such an obviously stupid product?

Because we desperately want to believe. We want to believe so much that a few simple testimonials and/or a floozy batting her false eyelashes at us causes us to suspend all disbelief and crack open our wallets.

You don’t have to prove your case beyond the shadow of a doubt. But you do have to give your prospect an excuse he can give his spouse for spending the money. A reason why – although he’s surely a sentient, intelligent person, it was logical to suspend his disbelief – just this once.

2 Responses to “The Triumph of Hope Over Experience”