Power Words to Make your Promo Succeed
By Will Newman 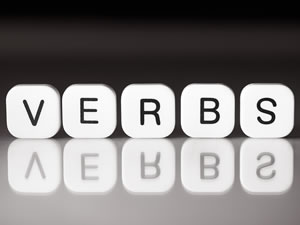 Let me start by apologizing to you.

I’m going to talk to you about something I talked about a couple of years ago. Not the same words, but the same ideas.

Today we’re going to chat about verbs … and how the verbs you use can make or break promotional writing.

Let’s start by recalling briefly the 4-Ps: Promise-Picture-Proof-Push. You use the “picture” part of the 4-Ps to make your promise and the benefits of the product come alive.

The picture makes your product real to your prospect. With a compelling picture, he sees his life improving, because your words paint a visual image for him.

Let’s start by taking a look at three groups of sentences:

Which of the sentences in each of these groups paints a clearer, more visual picture?

Not much doubt, is there? The second sentence of each group is more visual than the first. You can picture what’s happening more easily because of one small part of the better sentences …

Your seventh grade English teacher told you something like: The verb is “a word that expresses action, being, or state of being.” Not very exciting.

I much prefer grammarian Karen Elizabeth Gordon’s description. This author of numerous entertaining and offbeat grammar books calls verbs “the heartbeat of a sentence.”

Strong verbs bring life to your writing. They paint that all-important picture for your reader.

Not all verbs are created equal …

“Covered” just sits there … like an unmoving blanket. When we writers use an everyday verb, we feel forced to use an adverb to add pizzazz to the sentence. I added “completely” in this case.

Change “covered” to “splashed” – a more active, dynamic verb – and you can feel the different colored lights dancing on the sands.

Everybody dreams of “earning huge profits.” When I read it, though, I get the image of someone standing in line at the paymaster or sitting at a desk opening the pay envelope.

I tried to enliven the image by adding the adverb “quickly.” It helped a little. But not much.

But, look at “reaping.” This verb brings to mind amassing piles of golden wheat … or golden cash. No adverb necessary.

Those natural pain relievers? Which would you rather use? Ones that move speedily? Or ones that surge?

The Master of Horror on the horror of weak verbs …

Use everyday verbs, the ones that lack excitement and verve, and you’ll find yourself trying to bolster their visual power with adverbs.

A little bit of English review again. Adverbs are the words we attach to verbs to describe how someone is doing something: Run hurriedly … move quickly … yell loudly.

Adverbs often – but not always – end in “-ly.” (And, not all -ly words are adverbs.) Our teachers taught us to dress up our writing with these words. Here’s what Stephen King says about them …

“The adverb is not your friend … With adverbs, the writer usually tells us he or she is afraid he/she isn’t expressing himself/herself clearly, that he or she is not getting the point or the picture across.”

It’s natural to use everyday verbs and adverbs when you write … in your first draft. On one of your editing/rewrite passes, seek out every adverb. When you catch one, try eliminating it.

But don’t eliminate it simply by deleting it. Eliminate your need to use an adverb by examining the verb you’re using. Is your verb as powerful, as visual, as active as it needs to be?

If you’re depending on an adverb to give life to your verb, your verb is weak. Slash it out. Replace it with a strong verb.

In On Writing Stephen King presents this example: “He closed the door firmly” vs. “He slammed the door.”

You hear “slam” in your mind’s ear. “Closed firmly” barely makes a whimper.

Should you abolish all your adverbs?

Not at all. Adverbs have their place. The trick is to make sure you use the strongest verbs you can and shun adverbs where it counts most.

When you need to make the biggest impression, that’s when you wear your fanciest clothing … strong, active, visual verbs.

1 Response to “Power Words to Make your Promo Succeed”