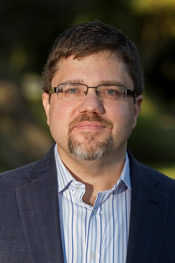 In the spring of 2012, Brian Whitaker was poised for his next promotion. He led marketing for a product that pulled in $475 million annually at an Austin-based technology company. In his 10 years there, he had racked up 11 company awards.

Instead, he walked away. While he performed well at his job – and was recognized for it – he didn’t enjoy it. Each day started with bottomless email, was followed by back-to-back meetings and often culminated in late nights.

His job consumed his life, robbing time from his wife and two young daughters. He hadn’t taken a vacation in two years. And frankly, he was tired of working on the same thing all the time.

“I wanted to be more thoughtful and more effective,” he said. “I wanted more time with my kids. I wanted the freedom to take vacations. I wanted to create things that mattered.”