The 3rd Pillar of B2B Writing Success: Become a Linchpin
By Steve Slaunwhite 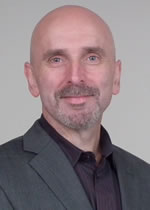 Let me share with you the tale of two B2B copywriters.

The first copywriter, Bill, gets hired by a B2B company to write a web page. He gets the information he needs from his new client, writes the web page, and submits the copy. A week later, he sends his invoice.

The second copywriter, Debra, gets hired by the same company to write an email. She gets the information she needs from her new client, but also shares some ideas for making the entire campaign more successful. She writes and submits the copy. Sends her invoice. A couple of weeks later, she calls to follow-up on how the campaign did.

Bill and Debra have done similar work — although Debra perhaps invested a little more time. Who do you think is most likely to get repeat business from that client? And a testimonial? And possibly referrals?

The answer is obvious.

One of the big advantages of writing for a business-to-business (B2B) company is that it can give a copywriter a lot of business — every year — for years.

Some of my clients have been with me for more than a decade. I’ve been writing for one company for so long I get Christmas cards from employees who aren’t even in the marketing department. They just consider me part of the team!

The big difference between Bill and Debra is that Bill took a transactional approach to working with the client. He focused on the project at hand, did the work, and sent his bill. Debra, on the other hand, took a relationship-building approach. She not only did the project well, she also actively looked for ways to make herself even more valuable to the client.

In his book by the same name, Seth Godin refers to this as becoming the “Linchpin.” Being that person who is so valuable a client wouldn’t even think of working with anyone else.

Let me give you an example:

I recently took on a new client for an ebook project. When I asked who would be doing the design, my client told me they had an in-house designer, Amy. So I called her, introduced myself, and let her know I’m looking forward to collaborating with her on the project.

Here’s the thing: My new client phoned me later that day to say she was totally impressed. “We’ve worked with dozens of writers over the years. You’re the only one who has ever bothered to introduce himself to our designer.”

As you can see, it doesn’t take much extra effort to become a linchpin. Simply look for ways to plug into what your client is doing and become indispensable to them. Believe me, the extra effort pays off. Big time. These days, more than 90% of my business comes from repeat clients and referrals from those clients.

Takeaway: Don’t be transactional. Focus on building the relationship with clients. Be the linchpin.

9 Responses to “The 3rd Pillar of B2B Writing Success: Become a Linchpin”