2016 January How to Curb Self-Doubt for Good

How to Curb Self-Doubt for Good
By Donna Baier Stein 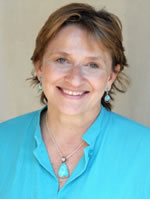 Once you’ve decided to write a novel, self-doubt is bound to rear its ugly head.

But not to worry!

Lots of authors before you have wrestled with their inner critics … and there are great new psychological techniques available to help you silence your own self doubt long enough to get words on the page!

The thing is, self-doubt is part of being a writer. In fact, the more self-doubt you have, the better writer you may be!

When you feel the heavy doubt about your talent, you are experiencing your talent — the ear that allows you to hear that what you're working on is falling short. People who have no ear and no talent don't have those doubts.

So what you have to do is start learning how to tame that doubt. Just long enough for you to get some first draft pages written. As someone else I know once said, “Getting any words down on the page is a heck of a lot better than getting none.”

You’ll have plenty of time later to make those words better.

So if you’re doubting your ability to write a novel, that may just be pretty good news.

It means you’re human. And like most other writers out there, including the big time successful ones.

Being aware of your fear means those doubts can be overcome.

Here are a few things I've found to restore a novelist's flagging confidence:

And that’s just a few of the restoratives that can buoy your spirit as a novelist. So, if you’ve got the heebie jeebies, and think, No way could I really write a book, hear the voice and then move on. Keep writing. Write more.

One wonderful writer I know in New Jersey, Maria Mazziotti Gillan, calls self-doubt the crow on the shoulder.

The crow for me is this creature who has in it the voice of every person who has ever been negative to you in your life — and that’s a lot of people for most of us … All those voices are caught in the beak of the crow. And if you listen to it, because the crow whispers in your ear all the time, and if you let it, it will stop you. So I really believe you have to knock the crow away.

Novelist Gail Godwin called it the Watcher at the Gate, “a restraining critic who lived inside me and sapped the juice from green inspirations.”

Give your fears a name. Write them a letter if you have to, telling them that despite their existence, you intend to write this book!

6 Responses to “How to Curb Self-Doubt for Good”