2017 February How to Avoid Getting Your Newsletter Deleted

How to Avoid Getting Your Newsletter Deleted
By Michael Katz 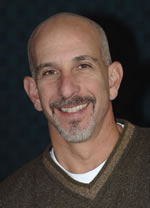 Once a week on Tuesday nights, about 40 of us would gather at the Sheraton Hotel in Boston for a three-hour class. It was challenging — but terrific.

And I’m not exaggerating when I tell you that although I began the course scared of public speaking, by the end, I loved it.

I’m sure I internalized many of the concepts, but today I can only remember three specifics:

As it turns out, #3 is even more important when writing newsletters for an email audience.

After all, when addressing a live audience, you’d have to be pretty dull — I mean like 7-year-olds-playing-T-ball dull — for people to get up and walk out after one sentence.

They’re there, they’re sitting down, and other people would notice if they just got up and left. So while they may stop listening, they’re not going away, at least for a little while.

With email, there are no such barriers — everyone is busy and everyone reads with one finger on the delete key.

What keeps them from pushing it?

I’m sure there are dozens of reasons, but a big one is curiosity. As humans, we have a need to know “What happens next?”

It’s the reason jokes are compelling — we want to hear the punchline.

It’s the reason we keep reading that poorly-written murder mystery — we want to know who did it.

It’s the reason you can’t resist clicking on a headline like “Zookeepers Caught in Bizarre Love Triangle.” (You wanted to read that, didn’t you?)

And, most important when you’re writing newsletters, it’s the reason your opening sentence matters so much.

Because if you can draw readers in quickly — and in a way that has them wondering “What happens next?” — you’re much more likely to get, and keep, their attention.

Consider the opening sentence of this article:

It’s got three elements, all there deliberately, and all intended to capture your interest:

All of that makes for a sentence that is way more interesting than, “A while ago, I took a course in public speaking.”

That brain of yours can’t help but wonder, “Where is this going?”

And we find them way more compelling than pure facts and statistics.

Had I simply opened with a statement about the importance of using strong opening sentences when writing newsletters for an email audience, I doubt you’d still be reading.

I watched an interview with Jerry Seinfeld the other day. The interviewer, assuming that Seinfeld’s fame gave him a lifetime pass with audiences, asked if he still needed to be as funny when he went out on stage.

Seinfeld said: “They give you one extra minute. After that, if you’re not funny, it doesn’t matter who you are.”

The way I look at it, if Jerry Seinfeld only gets a one-minute grace period, you and I need to be really good, really compelling, and really interesting, right from the start. Otherwise, we’re writing newsletters that will be deleted before they’re read.

Your takeaway for today: Practice using the three elements Michael outlined above to make sure your copy captures the reader’s attention.

1 Response to “How to Avoid Getting Your Newsletter Deleted”