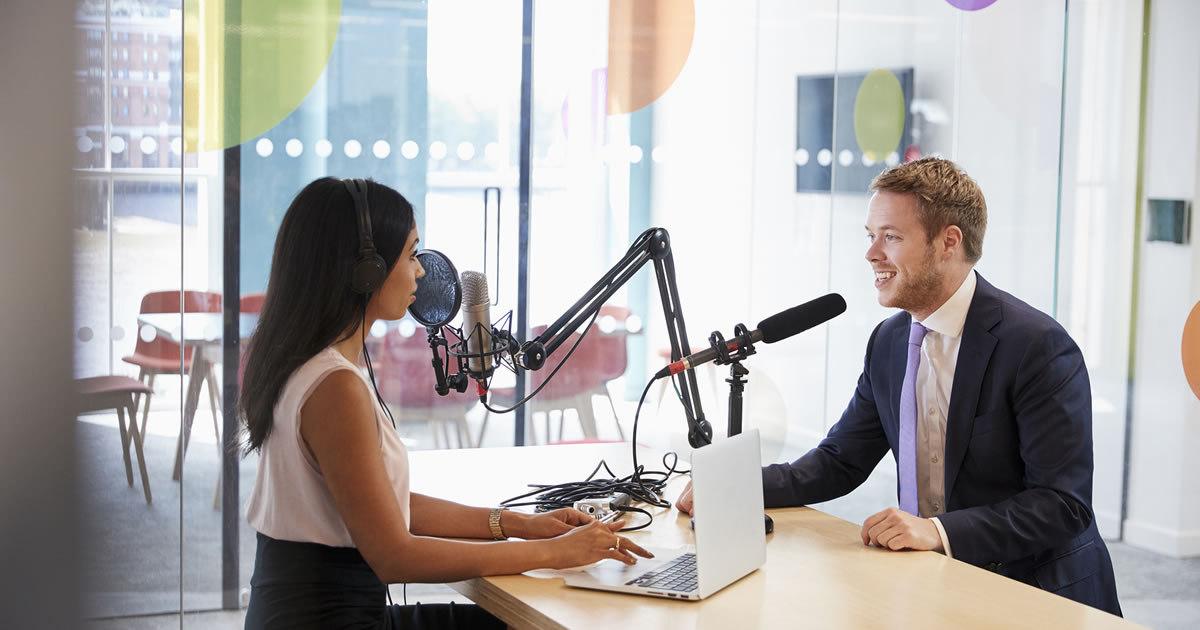 Last week, I told you about the basics of the radio ad writing business and how it works. I gave you some tips on how to break in and get some of these gigs. This week, I want to give you some tips for actually writing radio commercials.

Recently, I was in my car on my way to see a client and I heard a B2B radio commercial.

It was for a company that does tech support for small to midsize businesses that don’t have a tech department. They need someone on call to come in and fix their computers when something goes wrong.

It's interesting how this commercial was constructed because they had two actors. One actor was a narrator or spokesperson for the tech support company.

And the other actor was playing the role of a CEO of a small business who was just pulling his hair out. He was tired of all these tech problems and having to try to fix them himself without an onsite tech service.

And the narrator, of course, was alternating with him saying, "Hey, give us a call. That’s what we do. We do this really well. Just give us a call. We'll come in and fix it all. It will be off your shoulders. You’ll never have to worry about it again."

And that was really a typical B2B radio commercial. This one had an actor and a narrator, or in the world of radio ads, two talents. It had a very basic back-and-forth script that told the story and pitches the company in 20 seconds.

That’s one of a few different formats you can use when you write a script. I’ll share a few more options with you, along with seven other tips for writing a radio ad once you get a gig …

But out of every seven or eight commercials, one comes up that's a B2B commercial. So when you come across those, listen to them so you can become more familiar with B2B radio spots.

#2. Record and Write Out Radio Ads

If you really want to learn how to write B2B radio ads, you need to record them and write them out so you get a sense of how the words look on the page.

Now, I realize, it's a little difficult if you're travelling in your car. When I hear a B2B radio commercial for a particular radio station, I'll go to their website later on. Some radio stations post the commercials on their website as an extra service to their advertisers. Or sometimes they have recordings of previous shows.

So I'll find the recording of that show and then I'll listen to it, and wait for that commercial. Because I'm listening to it online, I can stop and start and write out the commercial.

There are many other ways you can do it, but find a way and write out these radio commercials. You really can't learn how to write one well unless you've written them out a few times. You need to look at them and study them on paper. “Reverse engineer” to figure out what the writer did.

#3. Learn to Write for the Ear

Your ear is the only thing that's taking in the information. You can't see a radio ad. There aren’t any visuals like a television commercial. All you have is the sound.

Use Clear and Simple Language

First of all, when writing for the ear, you need to be very clear on what you're saying. You can't have a lot of big words or cumbersome sentences. You've got to have crisp, simple, easy-to-understand language.

When you're listening to a radio commercial, unlike other types of marketing communications, you can't go back to the beginning very well unless you have it recorded. Once something is said, it's gone.

Unlike a video, where you can scroll back and forth and find different sections, or unlike a sales letter or an email marketing piece where you can scan it and see different parts, a radio commercial plays in linear sequence.

You don’t get a chance to listen to it again unless you happen to come across it again.

You only have one chance to get your point across. Every word has to count. You can't have anything in there that is muddled or confusing or difficult to understand.

Radio scripts really aren’t that long. A 30-second radio script that features a narrator or a spokesperson continually talking at a normal cadence of speech is about 100 words in 30 seconds, unless they're speaking really fast.

That is about the length of a midsize to long paragraph. That's a third of page, single-spaced on a Word doc.

What I mean by sticky is that what you write has to have impact. It has to be memorable, much more so than any other type of marketing communications.

Think of the context in which most people are listening to radio ads. Maybe it's on in the background at work or while driving the car. They don’t have an opportunity to write anything down. They have to remember whatever you say.

That's why I think a lot of radio commercials are funny. Not all commercials are humorous, but I'd say about half are. Humor helps them become sticky so the listener remembers what you're saying.

So you’ve got to use all of your creativity tools, your conceptual tools, and all the different copywriting tools you have in your toolkit when you're writing a radio commercial. Your ad needs to be impactful and memorable.

Now that I’ve explained how to write for the ear, let me continue with my tips for writing radio ads.

#4. Make the Call-to-Action Easy to Remember

Also, same thing goes for web addresses. Make sure any web address you use is easy to remember. If your client has a website name that isn't that easy to remember, they may want to register a new domain name just for the radio ad. That's not uncommon. It needs to be easy enough to remember an hour after listening to the radio commercial. You may need to work with your client on that.

Some radio spots are only 10 or 15 seconds long, so you can only mention a call-to-action web address or phone number once. But if it's a 30-second commercial, you need to mention it twice. And for longer commercials, which are rare, at least three times.

Make sure your call-to-action is one of the last things the listener hears in the radio commercial so they remember it.

#5. Focus on the Most Important Features and Benefits

When you're writing a radio ad, you're really constricted. You don’t have a lot of time in the ad. Usually it’s fewer than 100 words. So, you need to pick your features and benefits carefully because you’re not going to be able to mention many of them.

You may have a client who wants you to include every feature and stuff everything in the radio ad. You have to talk to your client and let them know that they need a radio commercial that's very focused.

Pick one or two really compelling features that are really important and focus on just that and that alone.

You want to talk to your client about what kind of radio ad they want. Do they want one with just a single individual who plays the role of a spokesperson or an announcer?

Or do they want two or three actors playing out roles like a television commercial?

If that's the case, it's going to cost more money. If you have some sort of drama happening with two or more actors, you may need background effects to set the scene. You may need the sounds of a busy restaurant or traffic or other types of sound effects. And that costs more money.

By far, the most inexpensive commercial is with a single actor or announcer reading a script. Two actors will be a little more money. Three actors and a dramatic scenario going on in the commercial will be even more money.

So you want to talk to your client about what kind of format they can afford. You’ll also need to work with whoever’s producing the commercial and find out what kind of production budget they have and if they can afford special sound effects. Like I said last week, the producer could be the radio station or an ad agency.

Here’s something else to keep in mind. If you get ideas about using popular songs or references to movies or things of that nature, keep in mind that songs and movies, even in just a small clip, are rigorously protected by copyright. You can’t use those things without permission.

The radio commercial probably won't get produced because the radio station or the ad agency will catch it, and you'll be embarrassed.

#7. Use the Right Script Format

There are different formats for writing out the script for a radio ad. There is the two-column format where you have the description in one column and in the other column is the narration or the lines for the actors.

You can have a single column format that just describes everything on a simple page. Some formats have a briefing or setup at the top and the script follows at the bottom.

You need to talk to the radio station or ad agency, or possibly the client, to see what kind of format they prefer you to submit the script in. It’s a good idea to ask for a sample script so you can just mimic that format. That makes it a lot easier for them if you follow their format and you'll look much more professional as well.

You need to do all of that up-front work and strategizing and thinking so you can write a compelling, persuasive piece of copy.

And those rules apply for radio ads as they do for any other type of marketing piece.

So, I hope those tips help you in writing a radio ad script when you get the opportunity. Like I said last week, these are a lot of fun to write. And I think if you land a B2B radio ad spot, you're going to really enjoy the project.

Writing Case Studies: How to Make a Great Living by Helping Clients Tell Their Stories

Businesses are willing to pay writers up to $2,000 to write case studies. Find out how you can tap into this market and earn $200 – $300 PER HOUR for every project you take on. Learn More »