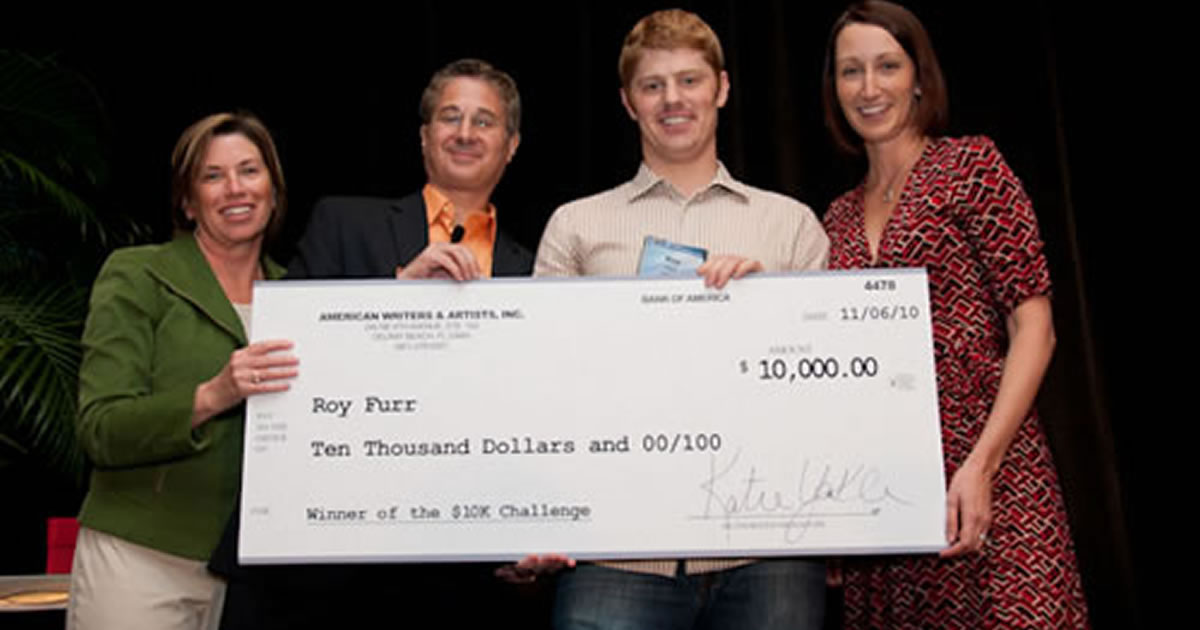 That’s the time elapsed between Roy Furr attending Bootcamp in Delray Beach and his making the leap to full-time freelance copywriter.

But, he says it may not have happened that quickly if he hadn’t made one decision.

Here’s Roy to tell it in his own words …

I opened my planner to March 1, 2010, and wrote "Personal Independence Day."

I'd been dreaming about living the writer's life for almost four years. Another year was almost gone, yet I still hadn't made the leap. Now it was December 28, 2009, and I made a decision …

I needed a DEADLINE to make my goal happen

My deadline date would be March 1st.

And, I would do a number of things to reinforce the deadline. Not only was I writing "Personal Independence Day" in my planner, I put the date on a 3x5 card taped to my desk so I'd see it every day. Then, I started doing something daily to move closer to my goal.

This time, I'd never felt so certain it was going to happen.

See, I'd actually been holding off on making the leap, because I'd landed a posh gig with a publisher in the IT industry. I was getting paid well (with a steady paycheck), learning and applying online and offline direct marketing strategies, and getting a free lunch at least one day a week, usually two or more.

It was something worth holding on to. Though I knew I'd never feel 100% fulfilled working for someone else. I wanted to do my own thing.

The only problem was, I'd gotten comfortable with my J-O-B. I'd found a groove and was now stuck in it.

Everything was about to change

After four years in her PhD program, my wife finally started to see the light at the end of the tunnel. She'd be going on internship soon. Which meant packing up and moving to wherever that sent us.

So, as she was applying and interviewing for internship sites, I started to ramp up my freelance biz. I took on more clients, and more regular gigs. I attended AWAI's FastTrack to Copywriting Success Bootcamp and Job Fair to meet even more clients (and because it made it all finally feel "real").

Yet, even with steady work in my spare time, it seemed like making the leap wouldn't happen until some vague time in the future. It was making me more and more frustrated as the New Year approached …

And, it was right then on December 28th that I realized I needed a "make the leap" date.

I needed to set the date for my own "Personal Independence Day."

So, I set my date. I made my plans. I got the wheels turning.

Then something interesting happened

The work started to roll in fast. By the end of January, I booked so much business that March 1st wouldn't work anymore. I guess the universe had heard my call. It was telling me NOW was the right time. And, I better dive in!

Then on February 1st, I dragged the CEO of the company into a meeting room to let him know my plans. He beat me to the punch as I closed the door when he said, "You're not quitting, are you?"

I said, "Well, actually … I am." And went on to explain how starting February 15th, I'd be doing my own thing. (A full two weeks BEFORE what was supposed to be my "Personal Independence Day!")

Then, on Thursday, February 11th, I walked out of the office with my personal things … never to be an employee again.

The most important lessons I've learned in making the leap

These are the things I wish someone had told me a long time ago — hearing them from someone who'd "been there, done that" would've made the whole process a bit easier (and maybe faster, too):

They sound simple, but often the simplest truths are also the most powerful.

“AWAI Bootcamps have been hugely transformational for me,” Roy said. “The quality of these resources and how they’ve changed my thinking has been a source of nonstop inspiration and growth in my career. I have not found any group of teachers that both know what they’re doing and are as dedicated to student success as the people at AWAI. Everyone exists to see you succeed in copywriting. When you win, they win.”

If you haven’t yet signed up for Bootcamp, today is the day to make it real. Come and learn everything you need to know so you can declare your own Personal Independence Day. Check it out here.