2018 July When You Need to Quit a B2B Copywriting Project 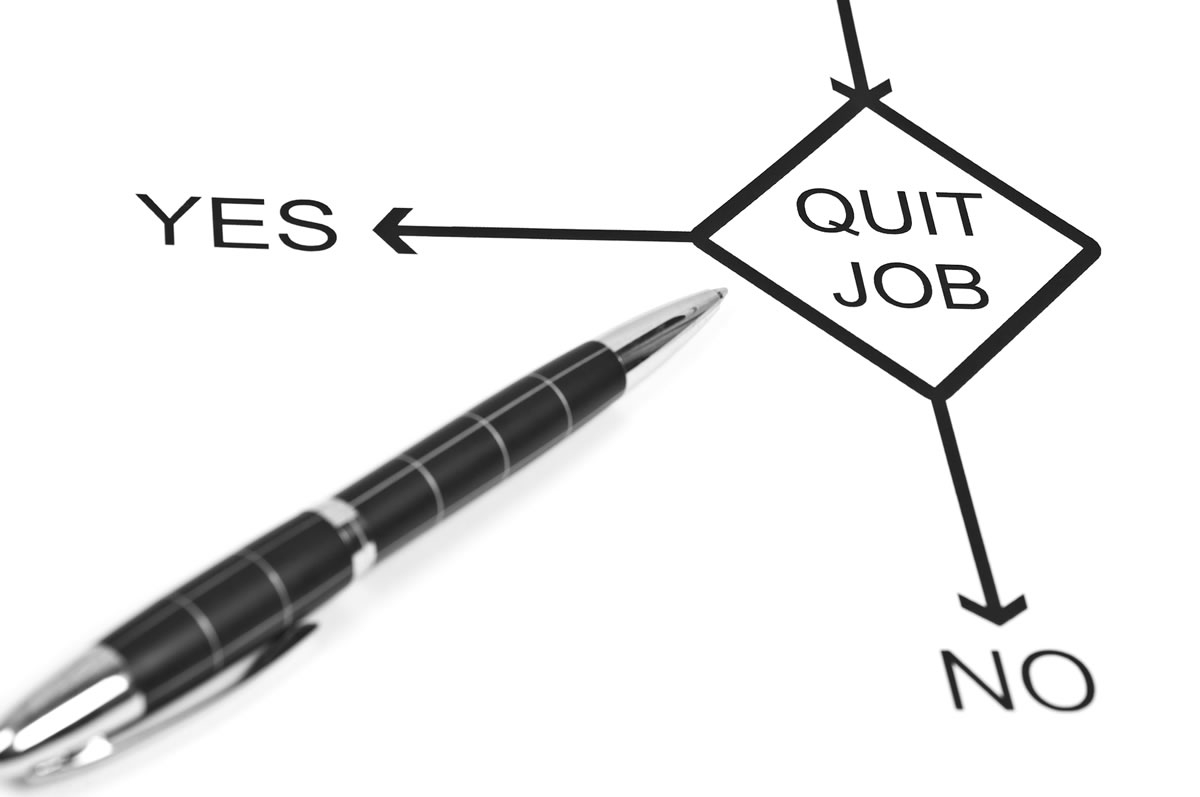 Normally we focus on getting clients and landing good projects. But sometimes, as freelancers, we’ve run into the opposite problem. In my experience, it’s very rare … But I want to address it in case you ever find yourself in this tough situation …

Let's say you’re working on a project with a brand-new client. And for whatever reason, you need to bail on that project.

Maybe it's a very difficult client. And no matter what you do, you just can't seem to fix the relationship and make it work.

Or maybe you just misquoted the project and you find out that the project is five times as much work. And you really got yourself into a mess here and you want out.

Or there could be personal reasons, such as a family emergency.

So for whatever reason, you need to pull out of the project. Of course you want to do that in the most positive way possible.

I don’t have a perfect solution to this problem, but I can share a few tips and ideas so you can quit the project in a professional manner.

First, let me give you an example from my own career …

A few years ago, a big Fortune 500 Company wanted a brand-new website for their new division. The website was going to be huge — maybe 60 or 70 pages plus a lot of other elements.

Well, it didn’t take my designer friend and I long to realize that we had bitten off more than we could chew. This project was way over our heads. The major advertising agency was probably better positioned to take on this project than we were.

So we went back to the client and we said in a very straightforward way, "We're sorry. We can’t take on this project. We're going to pull out of the bidding process. You should go with this other agency. They seem much more equipped."

And you know what?

They were very thankful and praised us for our professional honesty and ethics. A couple of weeks later, I got an unsolicited testimonial letter from the VP of Marketing thanking us for being so forthright and making the right decision.

Now, I wasn’t actually pulling out of an active project. But I did have to pull out of the bidding process. So that's one example of how it can work out well.

I've been at this copywriting game for over 22 years, and I've had a couple of situations where I had to pull out of a project and it didn’t go well. A few times, the client grumbled and was a bit angry that I pulled out even though I thought I had good reasons to pull out.

So, obviously I don’t have a perfect solution. But ideally when you’re pulling out of a project, you want to make this situation as positive as you can and accomplish these three things, if at all possible.

1. Make It Clear You’re Out of the Project

When you want to pull out of a project, you want to send the message that you're completely out of this project.

3. Preserve the Relationship with the Client

Tip #1. Consider Sticking with the Project

This may sound a little counterintuitive, but let's say you take on a project and it is over your head. You don’t think you can pull it off and deliver quality work.

I recommend that you consider sticking with it just for that one project. Even if the client is not a good fit for you and you really don’t want this company as your client, see if you can finish that project to the best of your ability and get paid. And then just don’t do any more work for that client.

That is actually the best-case scenario. The client can’t say anything against you. You've taken on the project. You worked hard on it and you completed the project to the best of your ability. And now you’re done and you won't be doing any more work for that client.

In one case, I was working on an annual report for a client. I realized early on that this client was not going to be a good fit for me for many reasons.

They were very bureaucratic and treated me like a temp employee. I wanted to walk away from this project.

But I decided to finish that project to the best of my ability. It was difficult. I got the project done, billed for it, and then I just never did any work for that client again. He called a couple of times asking me if I'd be willing to work on a couple more annual reports. I simply told him I wasn’t available and that was it.

So I was able to leave with my head held high. And I got paid because I completed the project.

Tip #2. That Difficult First Project May Lead to A Long-Term Great Client

When you work with a client for the first time, there's just natural turbulence that goes on. It can be a bumpy ride at the beginning as you're trying to figure each other out. But they may turn into a very good client for you later on as you learn how to work with them and as you adjust to their working style.

That happened to me. Many years ago, I was working with a client on a first-time project and I almost quit. But I stayed with it and I decided to work on a second project with the client.

And you can guess what happened. That person is now one of my best clients nine or 10 years later. I'm so glad I didn’t bail on his project back then.

When you’re talking to them on the phone, give them general reasons why you need to quit their project. If you give the client really specific reasons, it can lead to a conversation that frankly goes nowhere.

Let me give you an example …

Let's say you have a new client and that client is really difficult and unreasonable and doesn’t treat you well. And you decide you need to quit the project.

When you have that conversation with the client, don’t get into details as to why you're quitting. Don’t give the client a laundry list of all the things they've done wrong to you. That may create a situation where the conversation gets very difficult and maybe even nasty.

Instead, keep it simple and general. Simply say something like, "Mr. Client, I started the project. I realized very quickly that I'm not a good fit for you. I'm not the best copywriter for you. And I would be doing you a disservice if I continue on with this project. So therefore, I decided to quit at this point."

So say something very general like that. And if they keep asking you why, just stick to your story. I'm not the best copywriter for you. This is not a good fit. Keep it general.

That way, the client gets the message and you don’t get mired into all these details as to why.

Tip #4. Offer to Find a Replacement

Now, I haven't bailed on many projects during my career. And I've always offered to find a replacement. I always say, "Hey, I know a lot of very good copywriters. I'd be very happy to send you the names of two or three copywriters that I believe may do a very good job for you on this project."

And in fact, if you're bailing on a project, then you owe the client at least some of your help in finding a replacement for you.

Now, if the client is really difficult, you might be thinking, "Why would I want to pass this client on to a copywriter who's a friend of mine?"

Well, keep in mind that just because you're having a difficult relationship with a client doesn’t necessarily mean another writer will. It just may mean that you're not a good fit for that client. Some other copywriter might be a better fit.

If at all possible, don’t send the client an invoice for any work you've done to date. Let me tell you a story.

A few years ago, I hired an editor to do some work for me. I briefed her on this project, and she went off and worked on it for an hour or two.

The next day, she contacted me, and she said, "Steve, I just can't do this. This is much bigger than I thought it was going to be, much more complicated. I just can't do it. I'm so sorry. I have to quit."

And I said, "Okay. That's fine. I understand that."

And then a couple of weeks later, she sent me an invoice for the hour or two she spent on my project before she decided she couldn’t do it.

Now, she hadn’t done any work that she could deliver to me. But she had gone through the materials and perhaps made some notes before she decided to quit the project. And she charged me two hours of time for which I got no benefit.

I paid her, but it left me with a bad taste in my mouth. It just didn’t seem fair to me.

So don’t expect to be paid for any initial work you've done on a project, especially if you haven't delivered anything. That sends the wrong message. And believe me, the client will remember that and may not think of you too highly after that.

Now, the exception is if you've delivered something tangible to the client that they can use. Then it makes sense that you may be able to bill them for that.

For example, let's say the project was a white paper project. You spent some time brainstorming with the client to come up with the right topic, the right title, and maybe you've even created a bit of an outline, and delivered it to the client before you bailed on the project.

So there's some project deliverables the client can use. In that case, yes, it may be appropriate to bill the client for that work.

But you know what? Even in that circumstance, I would probably be hesitant to bill the client because I bailed on the project. I never finished the project. They might take it the wrong way if they receive a bill.

But you may be able to bill them. That's a judgment call.

So I hope this gives you some ideas on how to deal with this very difficult situation. There is no perfect solution when you have to pull out of a client project. Every situation is different.

Finally, be sure to take a few minutes to reflect with yourself what led to the situation and what you’d do differently. That way, you can set yourself up for success in the future.

This article, When You Need to Quit a B2B Copywriting Project, was originally published by B2B Writing Success.