How to Write B2B Scripts (Part 2)
By Steve Slaunwhite 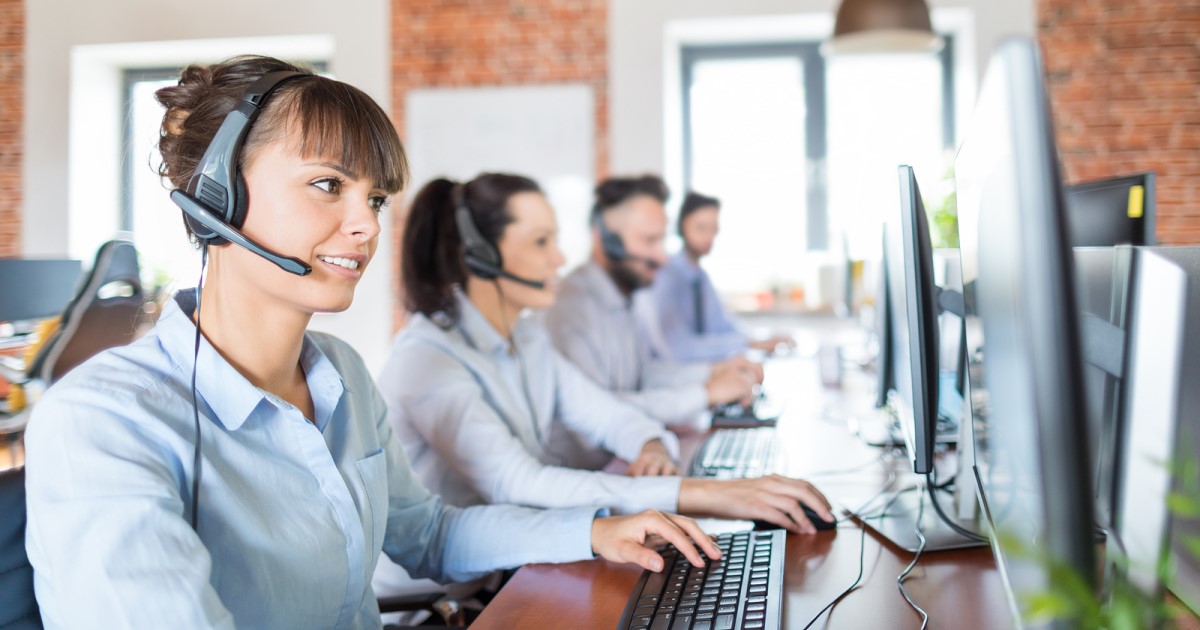 Writing B2B scripts can be a lot of fun, and when you get to hear or see the results, it’s quite an experience.

In my previous article, I wrote about how B2B script writing is different from other types of B2B writing projects, and how to get those gigs. Now here in Part 2, I want to describe how you write these projects.

Now as you may recall, there are four types of B2B scripts:

I have one big caveat: I could probably do a full day workshop on each type of project. I can’t give you all the nuts and bolts in this short article, but what I am going to do is touch on some of the basics of writing each of these types of projects. I’ll give you some additional tips and ideas, so you get a sense of what’s involved.

A sales script is a script used by professional salespeople to help them make better prospecting or follow-up phone calls. They use these as tools to help them sell using the phone.

In my experience with writing sales scripts, if the company has full-time professional B2B salespeople, then typically, they’re not going to read a script word-for-word.

Instead, they’re going to look at it and use it as a guide. Maybe they’ll get some ideas or verbiage from it that they’ll use in their own way when they make telephone calls.

But some companies have inside staff making follow-up calls on a lead-generation campaign the company did. And these people aren’t experienced salespeople. They may very well read the script verbatim.

If it’s for experienced salespeople, what you would typically do is write four or five versions of the script. Perhaps with slightly different approaches for each script, and that way, the experienced sales professional can look at that and cherry-pick. Maybe she’ll take part of script number three and combine it with some of script number four, and put in her own words to use.

But if you’re writing for inexperienced salespeople, then I recommend writing a single script. In all likelihood, they just want to follow one script to guide them through the process of making a phone call.

Now, once you sit down and actually write this sales script, the basic rules of copywriting apply.

You write about the benefits, you focus on differentiation, and you make an offer, if there’s a call-to-action. It’s very similar to writing any other type of marketing piece. The same basic rules apply, but there are some key differences.

Write for the ear

It has to be highly conversational because someone will be speaking those words. You’ve got to read the script out loud yourself.

If it sounds stilted or cumbersome, then it’s not going to work.

Most sales scripts are less than 50 or 60 words, so you don’t have a lot of words. When a sales professional is making a prospecting phone call or a cold call, then they need to get to the point quickly.

So you can’t have a long-winded lead-up. Your first sentence has to be a winner: it has to get to the point, and it has to say what the phone call is about. Otherwise the other person on the end of the call is going to be impatient. They’re not going to listen to anything else.

End with a question

Also, you need to end the initial part of the script with a question, because you want this to start a conversation.

Let me give you an example of a sales script I wrote many years ago. For this script, the salespeople are calling people who have been recommended to them.

The phone rings and John answers.

Hi John, this is Steve Slaunwhite calling on behalf of ABC Company. Jane Smith asked me to give you a call. She suggested that you may be interested in a 20-minute webinar we’re sponsoring called The Future of Lost Payee Notification. It features how companies like Permanent General Insurance and Tower Hill Insurance are reducing costs by 50%, while virtually eliminating risk.

The webinar is hosted by Dr. Marvin Carlow, a recognized expert in the field. John, I’d like to email you an invitation to this webinar. Would that be okay with you?

Professional salespeople may just adapt that to their own use, while inexperienced salespeople will read it pretty much verbatim.

You see how it gets to the point very quickly. It doesn't use a lot of words. It focuses on a very clear benefit of reducing costs by 50%, and it ends with a question.

Here I’m talking about the short one- to three-minute videos you see on company websites that are designed to promote the product.

First of all, when you write a video that’s only two or three minutes long, don’t worry about formatting. There’s a lot of formatting software out there for videos, but you don’t really need it. Most likely, the video production company producing the video is going to put it into the format they prefer anyway.

A page is approximately a minute of video. A three-minute video is really just three pages. That’s not a lot, so you really have to get to the point quickly in a video. Every single word has to count.

Use words and images

Take advantage of the visual aspect of video, and don’t write too many words. If something can be shown or explained in a visual way, make sure you write that into the script. People will remember mostly what they see, rather than what they hear in a video.

Keep the video budget in mind

Ask a lot of questions about the budget and other parameters of the video. Make sure you write within those parameters.

If the video is simply going to have a narrator, and there are only pictures on the screen, then you need to write to that format.

If the company has the budget for professional talent, you can write that in. But make sure you understand the constraints of the video before you write the script.

You don’t want to write a script with 17 actors in it when the company can only afford a one-talking-head video with perhaps some graphics.

Have you ever tried to scroll back on an online video to get to one section you missed, or didn’t quite understand?

It’s a pain, isn’t it? You can’t get that exact spot and the video is jerking around all over the place.

That’s why people rarely rewind a video in order to review something they didn’t understand the first time.

Make sure you are crystal clear in everything you say, so the viewer can understand it the first time.

Here’s an example of a video I did for a client. It’s on YouTube. This is a good example of how a video is written. You’ll notice how few words there are, and how the words work with the images. And how a lot of the explanation is happening on screen with the visuals.

I hesitated even including this because it’s a little outside the realm of copywriting. It’s getting more into corporate communications and PR, but it is a type of scriptwriting, and I have done a few of these over the years.

Write for the ear, and keep it conversational

The basics are similar to writing a sales script, or writing a video, in that you’re writing for the ear. You’re writing words that are going to be heard and spoken rather than read.

It needs to be very conversational. When you write this, you need to read it out loud yourself and ask yourself, “would I actually speak this way?” You want it to sound natural and spontaneous.

How long should a speech be?

Now, when it comes to word count, speakers doing a presentation on stage will speak at a rate of approximately 100-125 words per minute. And there will also be the odd breaks and pauses, maybe some improv in there and reactions to the audience and things of that nature that you have to account for.

So, for a 30-minute speech, keynote speech, or presentation, you’re talking about 2,500 words. That’s around seven or eight pages.

Limit the content to a few key points and stories

One important aspect of writing a speech for an executive is that you don’t want to put in too much information. When people listen to a presentation or speech, they can only take in a few key facts and a few key stories.

When you’re writing your speech, make a list of four or five or six important points that you really want to get across. Then come up with stories or examples or scenarios that support those.

If you write your speech that way, it’s going to become much more interesting and more memorable, because people only remember a few key facts, and they remember the stories. Especially the good stories.

I’m not talking about a flashy radio commercial with lots of actors. Those things are done at the big advertising agencies. You’re not likely to get involved in writing those types of radio commercials.

What I’m talking about is the mainstream radio commercials that some B2B companies get made. These are the simple ones that either have a single narrator, or sometimes they’ll have two narrators or two actors working off each other.

Let me give you some pointers about writing radio commercials …

You start with a bang, focus on a big benefit, then have a call-to-action. You need to incorporate all the things you do when you’re writing sales copy for B2B companies.

Add the rules for script writing

Make sure the information is memorable

This is a quirky aspect of writing radio commercials — most people listen to the radio while driving. Or maybe when they’re working out, or in some other situation where it’s not easy to write something down. When it comes to telephone numbers and web addresses, you’ve got to make sure you communicate those very clearly.

My rule for telephone numbers is to mention them twice in the radio script. Same with web addresses. Also, if your client has a cumbersome web address that’s difficult to remember, suggest to your client that they have a different web address for the radio commercial.

The web address should be simple and easy to understand. They can simply forward that address to their main site. But for radio, you want to make sure that someone driving to work is going to remember the web address.

Focus on one big benefit

Also, when you’re writing for radio, these commercials tend to be very short. Sometimes they’re just 10 or 20 seconds long, maybe up to 30 seconds. By the way, make sure to ask about the length of the commercial before you write it.

You don’t have time to create a bullet list of benefits. You really only have time to focus on one major benefit.

So that’s the basics of writing B2B scripts. Hopefully, I’ve whetted your appetite a little about these types of unique projects and perhaps encouraged you to go after some of them, because I can tell you from experience that they’re a lot of fun.

If you want to dive deeper into writing video scripts, I recommend AWAI’s program How to Write Online Video Scripts for B2B Companies. It goes into much more detail about these fun and profitable projects.

This article, How to Write B2B Scripts (Part 2), was originally published by B2B Writing Success.