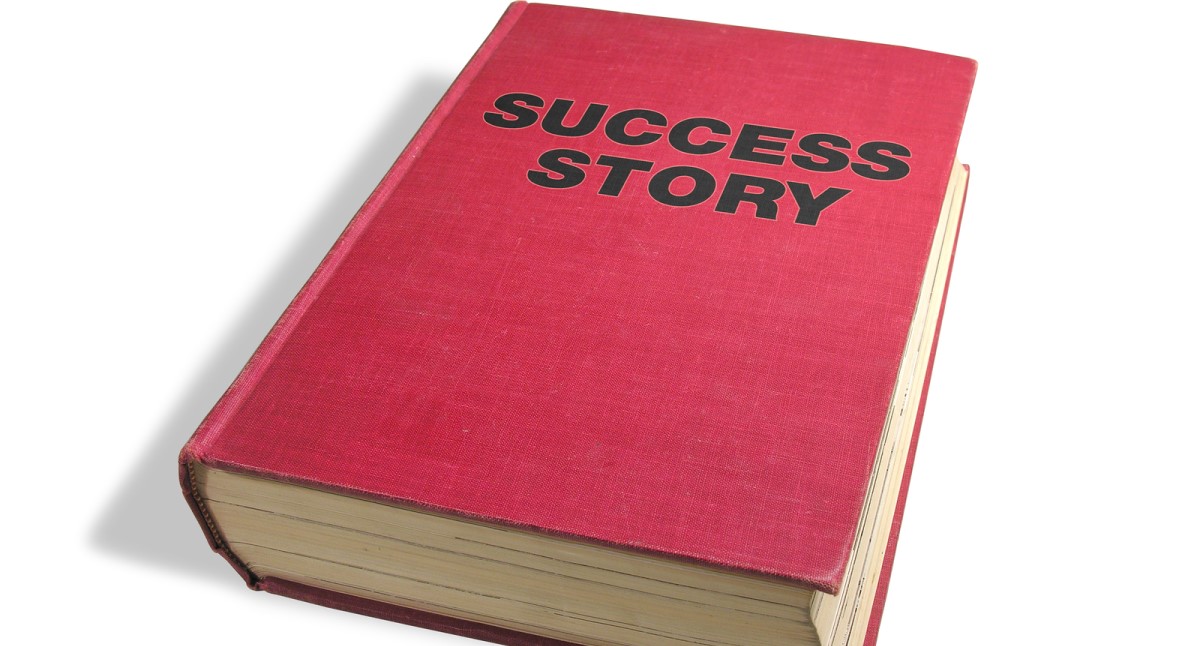 It was a simple idea: talk about a book you are reading.

I don’t know whether she realized just how much of an impact that idea would have on book sales, but the numbers are staggering.

The first book Winfrey recommended was The Deep End of the Ocean by Jacquelyn Mitchard, a novel recounting a child’s kidnapping. In June of that year, only 68,000 copies of the novel had been printed. By mid-October, after Oprah discussed the novel on her show, that number skyrocketed to 750,000 copies sold.

When Oprah recommended Toni Morrison’s Song of Solomon later that year and three more of her books in the following years (Paradise, The Bluest Eye, and Sula), it paid off for Morrison: She got a bigger sales boost from Winfrey than she did from her Nobel Prize win in 1993.

The Club took a break when her talk show went off air the for good, but was reintroduced as Oprah’s Book Club 2.0 in 2012 with Cheryl Strayed’s Wild. After Oprah’s endorsement, Wild catapulted to the top spot of the New York Times Best Seller List.

While we can credit Oprah’s Book Club for having a huge impact on book sales, she didn’t invent book clubs. The truth is, they’ve been an “American thing” for 384 years.

In fact, we can trace the first book club back to 1634, which was started by Anne Hutchinson, a religious zealot from London who was on a ship headed to the U.S. During the trip, she organized a discussion group where members could discuss their views about the ship’s weekly sermons.

Even Founding Father, Benjamin Franklin created a book club of his own. His was called Junto, and became one of Philadelphia’s most prominent literary clubs. And get this … it only had 12 members.

But Harry Scherman, founder of the Book-of-the-Month Club, a mail-order business that offered customers a new book each month, started the real “kahuna” of book clubs. The club was made up of an Editorial Board of Judges that was responsible for recommending only the most noteworthy books in any category.

And it was a huge success. The first book selected was Ernest Hemingway’s The Sun Also Rises. In 1936 (its tenth year), the Club selected Gone with the Wind by unknown author Margaret Mitchell. Today, the book remains the second favorite of American readers (after the Bible). Mitchell wrote: "I wanted to thank [Book of the Month] from the bottom of my heart for selecting my book. It was quite the most exciting and unexpected thing that ever happened to me."

But this wasn’t Harry’s first attempt at creating a mail-order book club. He started his very first one in 1916 called the Little Leather Library with a few of his colleagues. It did reasonably well for a few years but then petered out.

Still, Harry was convinced that the idea of selling books to readers directly through the mail was a good one. After all, back then, rural America was all but ignored by publishers and booksellers. Remember, this is before the advent of retail chains, mall superstores, and websites.

There were really just two ways customers could buy things they needed, including books: Big city stores and mail-order catalogues. So Harry pursued his idea of a mail-order book club for a second time. And much like Oprah re-launched her book club with continued success, Harry did the same with his Book-of-the-Month Club concept.

What few people know about Harry is up until that point; he was just a regular guy who loved literature, particularly Shakespeare. He briefly pursued a degree in economics and another in law but realized neither of those were his true calling.

No, his real passion was something you and I have in common. And in just a minute, I’ll tell you what that was, but first let me ask you a question: If you could join a club that’s sole purpose was to help you reach the highest level of copywriting success possible, would you want to be part of it?

Fortunately for you, that club exists and the good folks here at AWAI created it to help you become a well-paid, well-trained copywriter. It’s called Circle of Success, but I like to think of it as a high-level fraternity for copywriters. That’s because you don’t just get access to every kind of learning resource imaginable, you also create lasting relationships with fellow copywriters.

And those fellow copywriters don’t mind sharing with one another their proven tips, techniques, strategies, and ideas for creating a long-lasting copywriting career.

Of course, there are other benefits and perks such as an members-only forum, exclusive job board where you can hook up with top direct-response marketers looking to hire AWAI-trained writers, a customized roadmap to help you get the most out of all the hundreds of resources available, and a chance to participate in AWAI’s $10K Challenge.

That’s where you can submit ideas for peer review. And AWAI will work with you on finalizing your copy so we can test it … and, best of all, you’ll get a paycheck for your work — and most likely an invitation to write more for us!

Then once a year, Katie and Rebecca will review all the copy written by AWAI members that’s been tested. They’ll analyze sales results, profits earned, and the breakthrough nature of the copy. Based on those results, at least one person will be selected to receive additional contracted assignments to the tune of $10,000!

With these kinds of resources available at your fingertips, now you can see why I think Circle of Success is more like an Oprah-style super-successful book club. I should mention that due to the personal level of feedback and support, enrollment in this club is only available at certain times of the year.

So, what do we have in common with Harry Scherman? His real passion was copywriting. Harry was more than just a regular guy. He was a political affairs journalist for several years. But once he got hooked on copywriting, he kept on going. In 1913, Harry worked full-time for the advertising firm Ruthrauff and Ryan, where he specialized in writing copy for direct-mail flyers. Then in 1914, he joined J. Walter Thompson ad agency’s mail-order division. One more thing about book clubs … if you’d like to hear about some classic copywriting and marketing books, you should check out AWAI’s Great Books Club discussions here. (This is a free resource for all AWAI members!)