2019 February How One Small Detail Sparked a $2 Million Idea 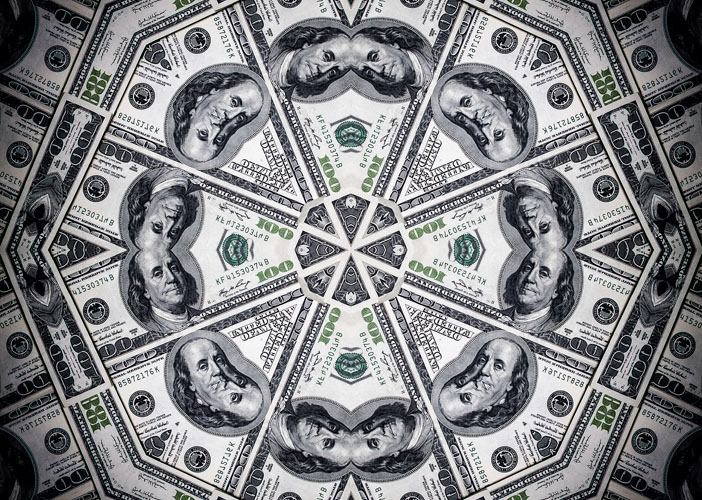 And you probably know that Mark Twain was his pen name. His real name was Samuel Langhorne Clemens.

But you might not know that he’s also credited with creating the expression, “There’s no such thing as a new idea. It is impossible. We simply take a lot old ideas and put them into a sort of mental kaleidoscope. We give them a turn and they make new and curious combinations. We keep turning and making new combinations indefinitely; but they are the same old pieces of colored glass that have been in use through all the ages.”

I don’t know if there is any scientific evidence to back up his statement, but I can tell you that as a copywriter, the one thing you must learn to do is generate Big Ideas … or rather, emotionally compelling ideas that form the basis of your sales letter.

But how do you do that? Well, that’s where Mr. Twain’s philosophy comes in handy. You see, what he is really telling us is that the more you absorb things, the better the chances you’ll be able to come up with an idea that feels new and different.

This is why you often hear “A-list” copywriters and marketers talk about the importance of being naturally curious … wanting to understand how things work.

It’s also why they tell you to read different source materials including books, magazines, trade journals, and to always be tuned into mainstream and alternative news as well.

But ideas can also come from observations. Sometimes they jump right out at you … sometimes they might not even be related, but with a little refining can become the backbone of a great sales letter.

Here’s an example of what I mean.

As you probably know, before joining AWAI’s talented team of writers, marketers, and thinkers, I was a publisher for one of Agora, Inc.’s financial newsletter divisions, Taipan Publishing Group.

Most financial divisions publish a mix of monthly newsletters priced around $49 a year and trading services, priced at $1,000 to $3,000 or more per year.

One of the trading services in my division was in need of a new sales letter. Fortunately, the editor in charge of the service was on a winning streak (meaning lots of winning trades).

I called a meeting with my go-to copywriter and the editor so we could brainstorm ideas. We spent a few hours talking through several different ones, but none seemed quite right. So we took a little break.

Here’s where little observations can lead to winning ideas. During the break, I began looking at sales reports. One of those reports included data on the number of silver coins we sold through an advertisement in a monthly newsletter. The numbers were so good, the coin dealer wanted to book the next two months of ad space in advance.

When we reconvened from our break, I asked the editor, “What are your thoughts on silver?” He said it wouldn’t be too much longer before prices would shoot higher … much higher than people expected. He also said buying options on silver was the best way to capitalize on the upward price movement.

There’s an old saying in the direct-response industry that it’s best to strike when the iron is hot. After hearing that, I knew the timing for a sales message on buying silver was on our side.

From here, it was just a matter of turning that idea into something that would capture the prospects’ attention in a big way. A few drafts later, we settled on this:

Forget about silver coins, ETFs, and silver mining stocks. New $1 “silver shots” give you a very real opportunity to turn $10,000 into $1.3 million by year’s end.

But you must act by June 15 to ensure maximum gains.

The promotion was a huge success, bringing in over $2 million in less than five days. And here’s the other thing about creating successful sales letters. When other marketers and copywriters notice what you’ve written works, they find ways to create their own versions.

They are simply doing what Mark Twain suggests: Turning the kaleidoscope to create something new. You see, it wasn’t long before knockoff versions of our promotion began appearing from other financial publishers.

Now the market was flooded with promotions related to buying silver. And that meant we’d have to turn the “kaleidoscope” ourselves to make our original message feel new.

So, what did we do? We created a second version of that same promotion and we used it for the monthly front-end $49 newsletter. So instead of repeating our success selling a back-end, we flipped it around and used it for a front-end. It was another huge success.

That hadn’t been done before. But that little twist allowed us to use one idea in multiple ways. Mark Twain would have been proud.

So, just keep this in mind … The idea for a good sales letter can come from all kinds of places and resources. Even the smallest gem of an idea can be turned into million-dollar controls.