31,536,000 Opportunities to Get Started
By Michele Peterson 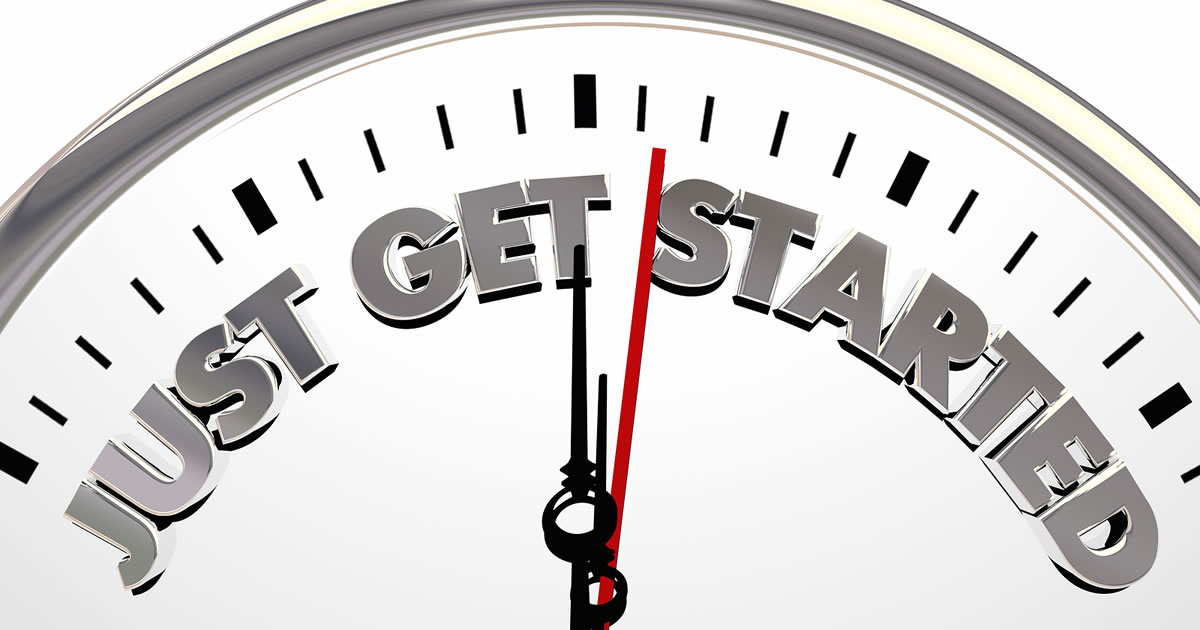 Maybe you have a decent job and want to write on the side for a second income stream. Maybe you’ve been downsized out of a job, need to make money fast, and see writing as the way to do so.

Or maybe you’ve been writing as a side gig and now you’re ready to build a writing business that replaces your full-time income (and then some!).

Whatever your situation, if you WANT something, you’re likely going to set goals to get that thing.

Ideally, you’ll set SMART (Specific, Measurable, Attainable, Relevant, and Time-Specific) goals. But this isn’t a discussion of SMART goals. We have other excellent articles covering that topic.

Setting goals is one thing. Actually starting the process to achieve them is another.

It feels natural to begin working on new goals at the beginning of the year. But what happens when you need to get started now?

Does it feel harder to set new goals with the same intensity in August? Or October? Or are you going to wait until January 1 to get started?

I’m going to be honest with you …

There’s nothing magical or special about January 1.

The first two — Veterans Day and Independence Day — only matter to United States citizens. People around the world celebrate Valentine’s Day and Christmas. But these, too, were just random dates until someone gave them meaning.

There’s absolutely nothing magical or special about any of these days in and of themselves. What makes them special is what they represent.

Someone decided to attach meaning to those dates. Then they convinced others to agree. Then, over time, the holidays became widely accepted and celebrated.

For example, did you know that Pope Gelasius declared February 14 St. Valentine’s Day at the end of the 5th century? In the Middle Ages, Valentine’s Day became associated with romantic love. Written valentines were exchanged in the 1400s. And, of course, we continue still today to celebrate Valentine’s Day with cards and gifts.

It all started when Pope Gelasius made a decision. A decision made in a split second, as most decisions are.

And that decision can be made during any one of those 31,536,000 seconds. January 1 does not hold a monopoly on days to get started on a goal.

January 1 is the first day of the New Year … at least for those of us following the Gregorian calendar. It represents a new beginning. A fresh start.

So why not declare the day you decided to start working toward your writing life goal as your personal Fresh Start Day? You’re a writer … give your day a name that has meaning for you. Let it inspire you and keep you going.

Julie Powell decided in August 2002 to prepare all 524 dishes in Julia Child’s Mastering the Art of French Cooking cookbook in just one year. And then she decided to write a blog about doing it.

Powell’s “The Julie/Julia Project” blog eventually became a best-selling book and movie. But would she have been motivated to start and then see it through if she had waited until January 1? If she had done nothing except sit and think about making a fresh start for four months? Or would she have lost her momentum?

Julie Powell didn’t know that deciding to work her way through a cookbook would launch her writer’s life and change the direction of her life.

And that’s okay. You don’t have to know …

You just have to know that you want something more …

You just have to decide to get started and take the first step.

For Julie Powell, her big goal of working all the way through Mastering the Art of French Cooking started first with the decision to do it. Then with writing her very first blog post announcing her intention (her goal). Then with making the first recipes in the meat and vegetable chapters of the book: Bifteck Sauté au Beurre and Artichauts au Naturel.

The important thing is that she decided, and then she started.

What are your first steps? Here are some resources to help you get started …

1. Decide to make a fresh start.

Inside AWAI: How to Get Started as a Well-Paid Writer (With Answers on Finding Copywriter Jobs)

2. Decide what you want and set a goal.

Goal-Setting Alternatives that Can Yield Big Success This Year

3. Decide what you’ll do to achieve the goal.

Inside AWAI: Creating Your Own Personal Roadmap to a Well-Paid Writing Career

What Wealthy Writers Do to Achieve Goals (Video)

7 Steps to Quickly Get Your Goals on Track

4. Decide to start doing that which you need to do to achieve your goal.

Inside AWAI: Overcome Writer Procrastination with this 5-Step Plan

It can start right now. You can decide to make today your Fresh Start Day.

Tell me in the comments what you’re declaring today to be as it relates to your writer’s life. And then get started!