2019 October A Simple Question to Open a Client Conversation

A Simple Question That Opens Doors
By Kathy Giegel 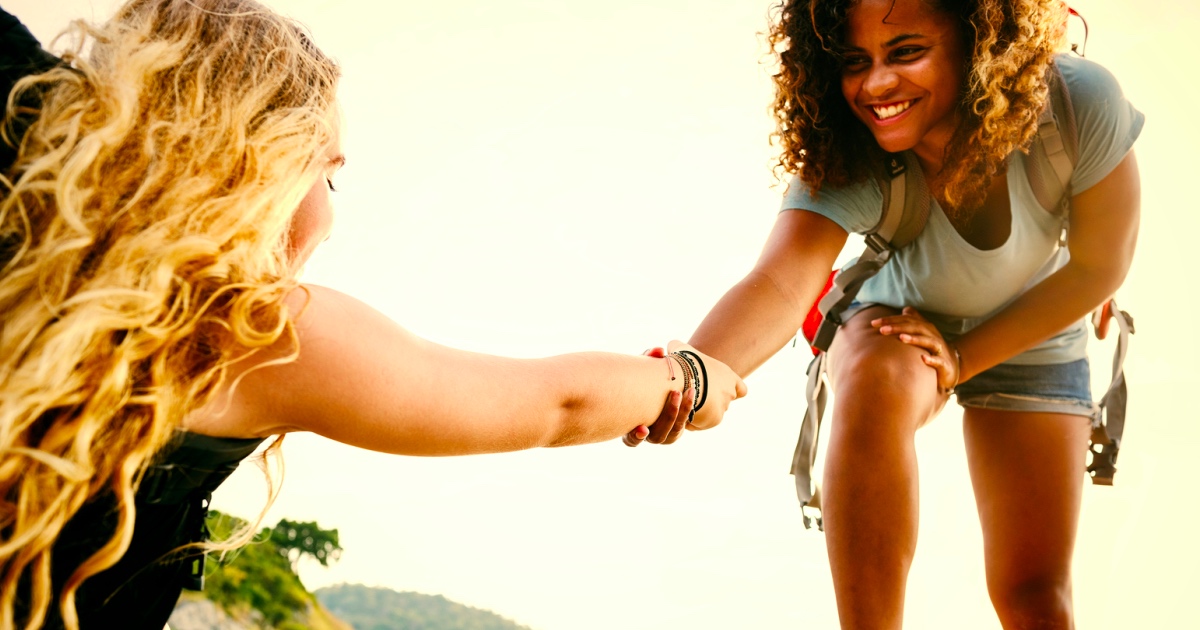 “Even as a newbie you have so much more to offer than you think.”

“Something I did?” I joked as I walked through my chiropractor’s door. Sherry was standing behind the counter shaking her head as she hung up the office phone.

“When did kids get the idea they know everything … more than their mom does?”

I had to grin as I listened to Sherry tell a story about an incident with her daughter. When Sherry told me the part where she was giving advice to her daughter, who promptly told her mom she didn’t need it … I thought of the same argument I had with my mom growing up.

“I’ve lived a lot longer than you … my job is to share with you what I’ve learned and make it a little easier for you,” my mom would always tell me. “What you choose to do with that information is up to you … besides I don’t want you to ever come back and say I never told you.”

After I shared my mom’s words, I reminded Sherry as young adults none of us ever thought we needed any advice. She laughed and said, “Isn’t that the truth.”

I can remember many times, even as an adult, when I resented someone giving me advice I didn’t ask for.

So, when I realized I was afraid of giving someone unwanted advice and that fear was holding me back in my business as a freelance writer, I wasn’t surprised. But, I also knew it was a fear I needed to get past.

Pushing Past the Fear and Speaking Up

Sherry had shared on recent visits the chiropractic practice was going through a lot of changes.

The doctor I had been coming to see for 20+ years was stepping down, and his son was taking his place. Plus, the assistant the doctor had hired to help Sherry was becoming more of a hindrance than any kind of help.

As the office manager, Sherry was stressed out.

When I asked if things were going any better, she told me they were in a slow period and really didn’t know why.

I knew they had a website and asked if they were using their website at all to keep in touch with patients. She admitted it hadn’t been updated, and the incoming doctor’s information wasn’t even on it.

As she began listing some other issues they were having, I could feel a knot in my stomach tighten.

Do you know the feeling?

Your brain is telling you to speak up, because you have an answer that can help.

At that very moment I had at least three ideas to help them use their website more efficiently and boost patient traffic.

But, what if I sounded like the person giving unwanted advice? That was the fear I needed to push past.

I was afraid she would say, “You don’t know what you’re talking about” or “We’ll get a professional to do that.” Or just simply, “No thanks.”

My stomach was turning. It wouldn’t be too much longer before Sherry would stop talking, and the window to say something would pass.

I took a deep breath and thought … “I’ve been preparing for this all my life.” Not to mention what I had learned over the past year at AWAI. “I’m ready,” I told myself.

“I AM a WRITER and PROUD OF IT!” I practically shouted in my head.

I heard the words coming out of my mouth before I could stop them.

I surprised myself. The words were like a back door to asking if I could give her some advice without saying, “Let me give you some advice.”

With that simple question, I found myself offering help to a friend in a caring way.

I told her I was copywriting now and learned this cool stuff they could do using their website as a marketing tool. And, if she wanted, I could look over their site and give her a couple of ideas.

She told me a friend of the doctor’s was doing their website, but wasn’t sure if he was still doing anything with it. She would ask the doctor and find out.

Before I left, we had decided I would look at the site and see what could be done to help the practice’s marketing.

Taking Stock of What You Have

It’s natural when you’re first starting out in copywriting to fear speaking up. The self-talk inside your head can really paralyze you.

You hear about how accomplished copywriters are making the six-figure income you only dream about.

It’s so easy to measure yourself against them and think you can’t compete. While in reality, you really aren’t competing with them at all.

Honestly, I don’t think you realize how much you already have to offer.

Just think about how much you’ve already experienced and learned from just being alive. The fresh perspective you can offer your potential clients based on that experience.

Add to that all the things you’ve learned about marketing and being a writer from AWAI and Wealthy Web Writer.

You are a powerhouse! And, you know a lot more than a lot of business owners do.

What’s the Worst Thing That Can Happen?

I used to think the worst thing that could happen is the prospective client saying, “No thanks.”

But then, I realized the worst thing that could really happen was choosing not to say anything at all. Because then, nothing happens.

The bottom line is … speak up. Offer your help. Share your ideas.

It doesn’t have to be high pressure or scary. It’s just a simple, little question that opens doors: Can I share something that may help?”

This article, A Simple Question That Opens Doors, was originally published by Wealthy Web Writer.

3 Responses to “A Simple Question That Opens Doors”