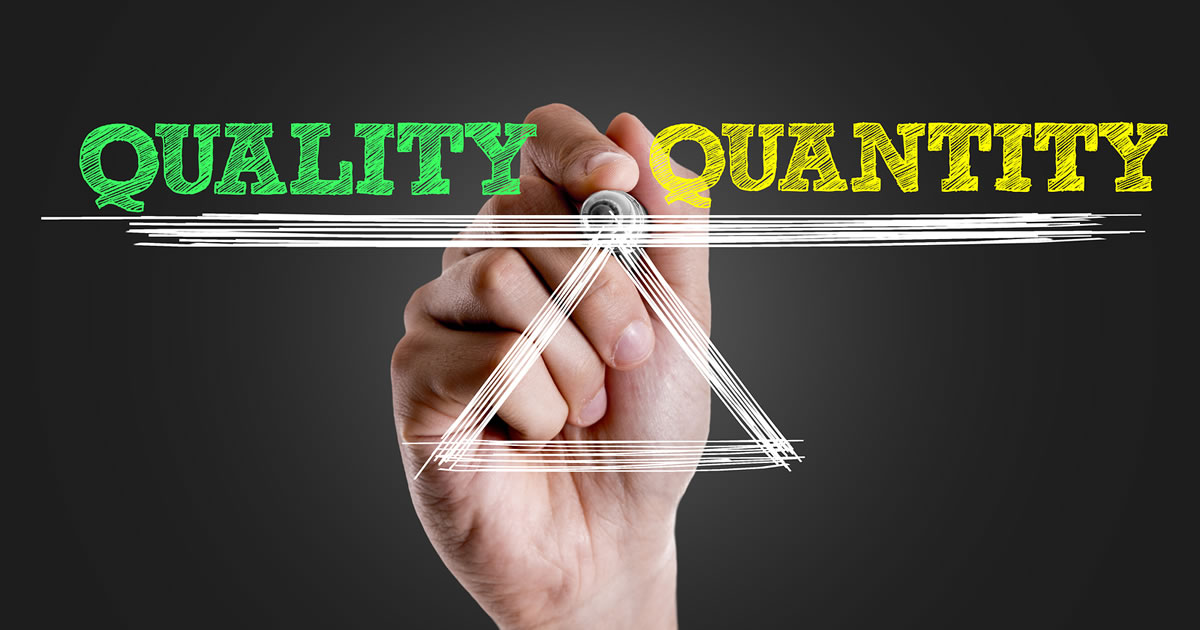 Sometime during the first week in April 2005, I received a letter in the mail.

“Retire This Year and Still Make More than Most Doctors”

It was like a thunderbolt from heaven … or maybe it was an angel of mercy in the form of paper and ink … whatever it was, it was an answer to a prayer.

Standing there in the hallway with that letter in my hand, I knew that I was about $200,000 in debt, with no income, no education, and not a whole lot of prospects.

And, to make things even more exciting, I had a wonderful wife and six children under the age of seven to feed, shelter, protect, and provide for.

Before jumping in, I looked at the average income for a doctor. AAFP (American Academy of Family Physicians) reported that it was $141,000.

Then I went to work.

I was well below zero and with no formal writing training or serious experience.

But, for some reason, I believed I could make it happen.

It actually took me a little while to get started. My first serious marketing effort began in August 2005.

What’s more, it was about twice as much as anyone in my family had ever hauled in during one year. (Serious bragging rights!)

Even better, I was able to pay back my father-in-law the $5,000 I borrowed from him to get started. (Serious marital peace and harmony!)

That first year was challenging on many levels. But, I did learn some amazing things. Things I wish I’d known when I got started.

If I had known these things at the beginning, I would have been able to go much faster, make money sooner, and deal with way, way, way less stress.

Profitable Key to Success #1: Quantity is Better than Quality … At First

In November 2005, I landed a project with a financial newsletter firm. They had seen a business opportunity promotion I’d done (my second promotion ever) and loved it.

I got a $5,000 per month retainer with them to write one promotion a month.

That was $60,000 … before commissions … and I was going to make at least that much in commissions ‘cause my stuff rocked!

They gave me a few samples. “Here, this is the best sales letter we’ve got. Just make yours look like that.”

I read it over and with my massive experience of quickly reading through the AWAI program and writing two promotions in my life (one of which bombed terribly), I thought, “Shucks, this control is lame-o. I can write a way better promo than this.”

So, I ignored their advice and did my own really cool, amazing, creative thing. I sent it off to them with a smug grin. “Best promo … ever!”

Every word of it.

But, they were nice and let me try again.

And one more time just for kicks.

Then they politely cancelled my contract and suggested I find work in … well … anything else besides writing financial newsletter promotions.

I was devastated. I really, really needed that money.

The whole experience threw me into a depressed tailspin. I circled and swirled and cried and moped and whined for about six weeks.

Finally, my wife Margie said to me, “Hey, why don’t you do something for me? Do some research and let me know how many technology companies are out there.” (Tech was my new niche … I was soooo done with finance!)

I did the research and discovered that there were over 100,000 tech companies in the U.S. alone.

Margie said, “Now, with 100,000 of them in the country, don’t you think you can get just two or three of them to hire you if you just talk to enough of them?”

I realized she was right.

So, I pulled out of my tailspin and multiplied my marketing efforts by 10. Instead of calling and emailing two or three a day, I set a goal to contact 20 each day.

I discovered that quantity was better than quality.

By drastically increasing the number of companies I approached, a few things happened.

First of all, I got really good at it. I was practicing a ton each day and you can’t help but get good at stuff you repeat a lot.

Second, I was learning what I now call “The Dance.”

The Dance is the intricate chemistry between you and your clients. It’s the intuitive understanding you develop of what they want and why and how to give it to them.

You figure out that certain segments just don’t use writers … while other segments of the market use tons and tons of writers.

The Dance is intense, valuable insider knowledge that you only get by being in the trenches, face-to-face and toe-to-toe with your prospective clients.

Every serious writer has to learn The Dance … or getting money is a very tricky thing.

Finally, I discovered that by focusing on quantity not quality, I stopped stressing out about if my marketing and my words and my writing was just perfect. Good enough was good enough.

I also stopped stressing about people telling me no. I mean … who gives a flying rat’s whisker if you have a “no” when you have 30 other potential “yesses”?

During the first few months before this realization, I’d been really careful about who I contacted.

I would stress out about every word I wrote and said.

I researched my niche for weeks, stalked my one little potential contact for weeks online, and stayed awake at nights wondering when … if … they would ever return my phone call or answer my email.

It was pure, utter, painful torture.

I wasted five months of my life fretting over all that stuff.

So, you can imagine how liberating it was when the switch finally flipped over to “quantity” … just get your message, your email, your calls, your Info Packet out there as fast as you can.

If I had to do it all over again, here is what I would do right from day one …

Assemble my critical marketing elements in 2-4 weeks … no more.

These elements are: Your offer (the services you offer clients and fees), your Information Packet, and your online presence stuff … website, LinkedIn profile, etc.

Get a list of qualified prospects … around 300-600. This should cost you around $0.50 to $1.00 per name and that will include full name, job title, phone number, email, and LinkedIn information.

If you don’t want to buy a list, you can also create your own by researching companies on association websites, trade shows, and LinkedIn. The key here is quantity … lots of potential prospects in your specific niche.

Set a goal to contact them as fast as possible.

(Note: There’s a rhythm to making your contacting efforts crazy effective. I’ll share it with you in the next article. It’s part of the second key thing I learned.)

Resolve right up front that you will track your results, make adjustments to your script and messages and offer as you learn The Dance …

But also resolve that you won’t count the cost.

If you sit around thinking “I talked to five people and they all told me ‘no’ … I’m doomed!”, then you will be doomed.

Instead, if you focus on your goals and your actions and let the results take care of themselves, you’re sure to win.

This is the mindset secret used by the best writers and businessmen and athletes in the world.

For example, I heard an interview with Bob Bowman, Michael Phelps’ swimming coach (the most winningest gold medalist in history … yeah, that guy).

He said that he and Michael never focus on the gold medal or the awards. Instead they focus on the process … the daily ritual … the details of the stroke … the stuff that is right in front of them.

That is what I mean by getting tough. Focus on the now. Stop keeping track of what you’ve done … don’t fret about what you have left to do … be focused on what you’re doing right now.

I really wish I had known that in the beginning.

It would have saved me so much pain and frustration.

And, I would have landed clients so much faster.

That’s the first key insight I gained in my first year.

There are two more. Tomorrow I’ll share with you the next one.

Have you tried a “quantity over quality” approach? What’s holding you back from jumping in with Joshua’s plan? Let us know in the comments so we can help.

Editorial Note: Joshua recorded an Inside AWAI recently that was described as “mind-blowing” and “soooo helpful.” In the webinar, he revealed his simple content writing system that will improve your writing skills, make you be seen as an expert in your field, and attract clients. The webinar is free — you should check it out!