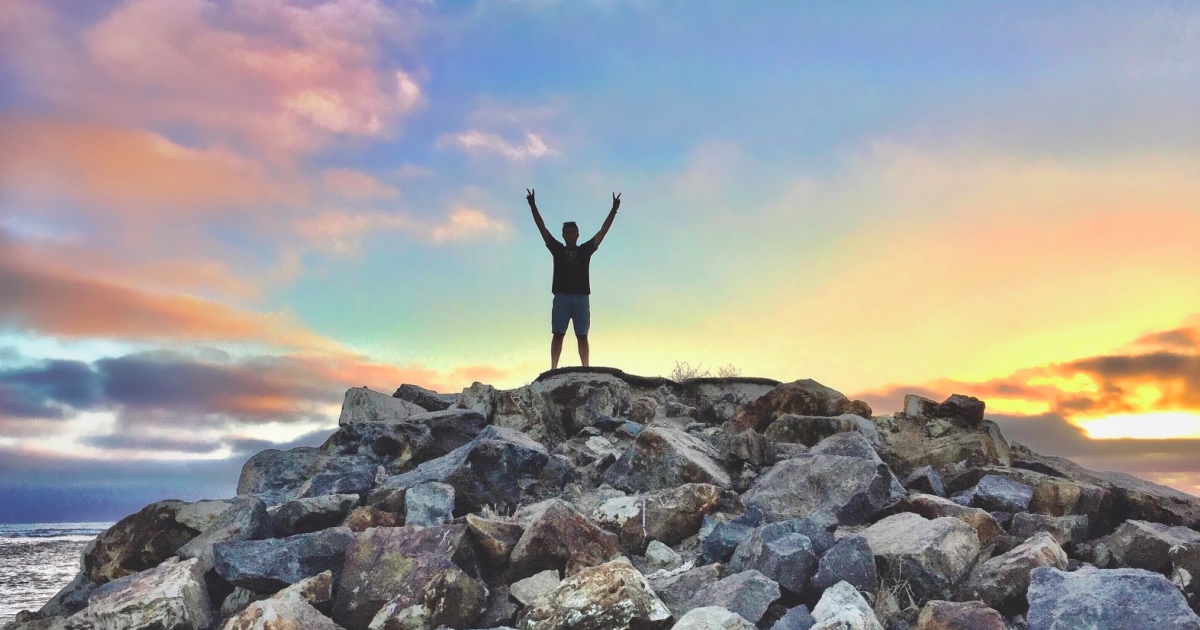 As a teenager, he made one of his first big decisions: To drop out of high school.

Not because he didn’t like learning, but because his classmates considered him “the dumbest person at school.”

But he wasn’t dumb at all.

The truth is, he was smart. However, learning was difficult for him because he suffered from dyslexia. If you’re not familiar with the term, it’s a learning disorder that is specific to reading skills. It mostly affects areas of the brain that process language.

It’s more common than most of us realize. The Dyslexia International Organization says that it occurs in at least one out of 10 people, putting more than 700 million people at risk of illiteracy.

Unfortunately, Richard was one of those 700 million people who has found reading difficult. So he dropped out of high school altogether.

But that didn’t stop Richard from making his mark on the world. And what a mark he made.

In March 2000, Queen Elizabeth knighted him at Buckingham Palace for his “services to entrepreneurship.” And from then on, the world would know him as Sir Richard Branson.

But most folks were familiar with his story well before he was knighted. He’s known as the brain behind the Virgin Group Ltd., which was started in the late 1970’s. The company is now made up of over 400 businesses worldwide, including an airline, music publishing and recording studio, radio station, movie studio, bridal wear … the list goes on and on.

All of those businesses combined have made Richard a very wealthy man. His net worth is estimated at $4.1 billion.

Needless to say, his schoolmates no longer consider him dumb. In fact, they might even be a little envious of his wealth.

And while others might wish they were as fortunate as Richard, he’s the first to tell you that you don’t need big bucks to start your own business. After all, a lack of money didn’t stop him from becoming an entrepreneur.

He just followed his passion. You see, when he dropped out of school at the age of 16, he had an idea to start a publication for students. Calling it Student Magazine, he made sure the articles covered topics he was most interested in: music and the Vietnam War.

His business plan was nothing more than a bunch of notes he jotted down in a school notebook, and a list of potential advertisers for the magazine. The only money he had to start his business was a little more than $1,500.

But he got that money by sheer luck. I’ll tell you more about that in just a minute, but for now, let’s switch gears and talk about your copywriting career. And more specifically, how you can quickly earn a living as a copywriter with a single writing skill.

This writing skill has nothing to do with long-form sales letters, which is what many people think is the only way to earn a living as a well-paid copywriter.

But the truth is, you can make just as much money specializing in writing email copy. That’s because in today’s e-commerce era, businesses of all shapes and sizes (from your local mom-and-pop to your larger Fortune 100s and 500s) want and need emails written.

And perhaps one of the biggest advantages of them all is how much you can earn. Even if you are new to writing email copy, you could realistically charge $100-$250 per email you write.

Most potential clients will need anywhere from 3-10 emails at a time. That adds up to anywhere from $300-$2,500 or more per project.

Another neat perk about writing email copy is that once you get your foot in the door with a client, it can easily lead to more and bigger paying projects.

Here’s something else you’ll like about writing email copy … it’s a cheap way for a client to test your copy. So they really have nothing to lose. The client’s risk is minimal, meaning you have a very good chance to “wow” them.

So, if you haven’t considered adding email copywriting to your list of writing services, now is the time to do it. The longer you wait, the more money that passes you by.

So, what was the lucky event that gave Richard the money to start his business empire? His mother found a necklace on the ground near their home. She turned it into the police. After months without anyone stepping forward to claim it, the police returned the necklace to her. Richard’s mother sold the jewelry for a little over $1,500 and gave her son the money to finance his business. You could say that single piece of lost jewelry was the hidden “gem” that is now worth $4 billion.

Email Copy Made Easy: How to Write More Persuasive Emails That Get Opened, Get Read, and Get Click-Throughs