2020 January How to Use Emojis to Boost Response 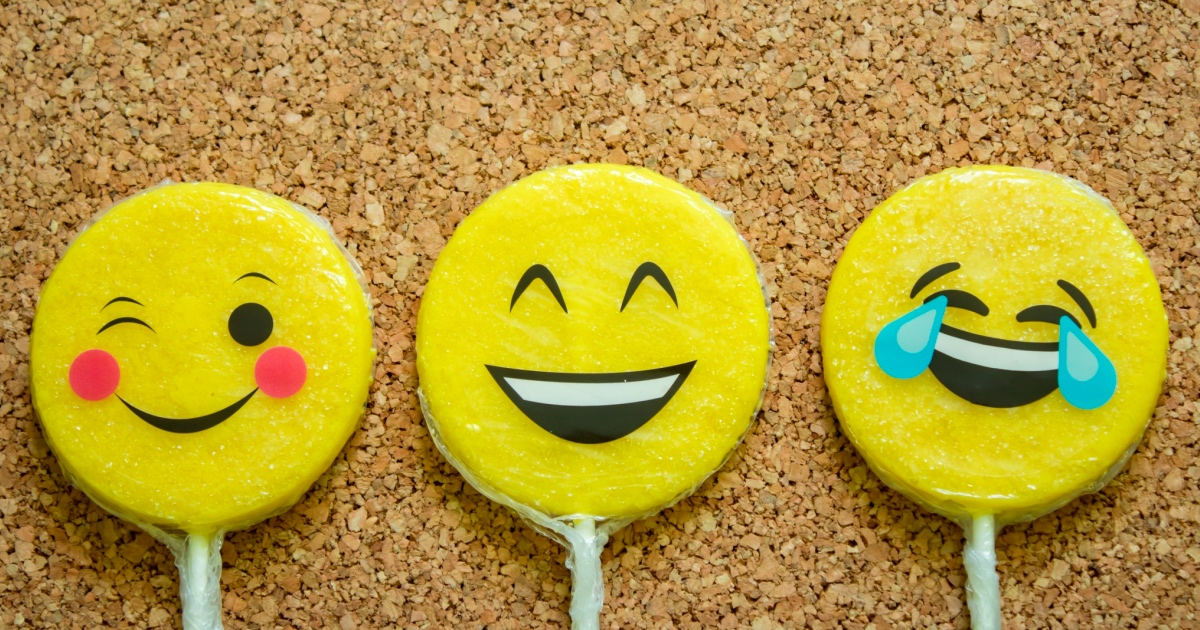 But, there's one simple, secret weapon that will improve your open rates.

It's something that happens 2.3 TRILLION times per year and 900 million times EVERY day on Facebook Messenger.

Emojis are a simple, proven path for better response rates.

Why are emojis so powerful?

Emojis work because a human mind can process a visual 60,000 times faster than words.

These mighty little symbols allow us to process the emotional tone of a message in the blink of an eye. One glance at an emoji tells you whether the sender is happy, embarrassed, frustrated, angry, confused, or surprised. Easy to decipher and quick to use, sometimes referred to as "visual slang," emojis are part of our everyday life.

Emojis started as a simple way to “accessorize” language, but they’re now a powerful, omnipresent component of modern language. They're changing how we communicate. In fact, 92% of internet users now use emojis.

How did the phenomenon of emojis get started?

In 1963, an advertising man and graphic designer, Harvey Ball of Worcester, Massachusetts, was paid $45 to create something to improve the morale of the employees of State Mutual Life Assurance Company. Ball came up with the simple, daffodil-yellow smiley face. The company created thousands of buttons and posters featuring the smiley face, and its popularity exploded. They did not trademark the design.

In Philadelphia, brothers Bernard and Murray Spain, the owners of two Hallmark stores in Philadelphia, saw the appeal of Ball's smiley face and decided to capitalize on it. They added the slogan, "Have a happy day," and copyrighted it in 1971.

The rest is history.

The Spain brothers produced all kinds of novelty items with the smiley face: t-shirts, mugs, posters, buttons, and jewelry. They sold more than 50 million buttons alone.

That simple, smiling face spread an emotional message that people understood. "Smiley" was a vivid illustration (pun intended) of the power of a symbol.

Before the emoji, there were emoticons. Those were little symbols you created using your keyboard: Colon + End Parentheses = Sideways Smile. Like this … :)

But then, Japanese artist Shigetaka Kurita created "the first language born of a digital world" in the 1990s. He designed 176 emojis that added emotional subtext through symbols.

The first 176 emojis are considered to have such global impact that they’re now part of the permanent collection of New York's Museum of Modern Art.

From there, the use of emojis took off like wildfire through dried grass. More and more emojis were created. Apple and Android added emoji keyboards. Emojis got diversified. In 2015, five new skin tones and emojis depicting a variety of family structures came into being. You can now describe food, hobbies, events, and life situations with an expanded range of emojis. As of March 2019, there are a total of 3019 emojis.

So, what does all this mean to you as a web writer? Emojis give you another way to connect with your audience.

You spend time and effort crafting just the right subject line for your email. And yes, subject lines matter. But, adding an emoji to those carefully chosen words can boost your open rates. By a lot. One Experian study showed that 56% of the brands using an emoji in the subject line had a higher open rate.

Thinking seasonally, one study showed that a snowman emoji in the subject line increased the open rate by 66%.

What happens when you use emojis in a Facebook post? You’re likely to get 57% more likes, 33% more comments, and 33% more shares.

When you use emojis on Twitter, you could get 25.4% more engagement than if you don't use them.

More than 50% of all the captions and comments on Instagram contain emojis.

In general, social media posts with emojis garner a 15% higher interaction rate than those without.

If being the popular kid is important — and, of course, it is important in marketing — try using emojis more often in your social media posts. People who use them are perceived as being more popular and more influential.

Why are emojis so effective in garnering response?

Because of their easy-to-use, good-natured appearance, emojis have strong appeal and get a good response from readers.

Don't be afraid to jump on the bandwagon.

Use emojis to get better response to your emails and social media posts.

But, remember the old caveat about "too much of a good thing." You don't want your message to seem like a cartoon drawing — 59% of all 18- to 34-year-olds say businesses are overdoing their use of emojis. Use restraint and good judgement.