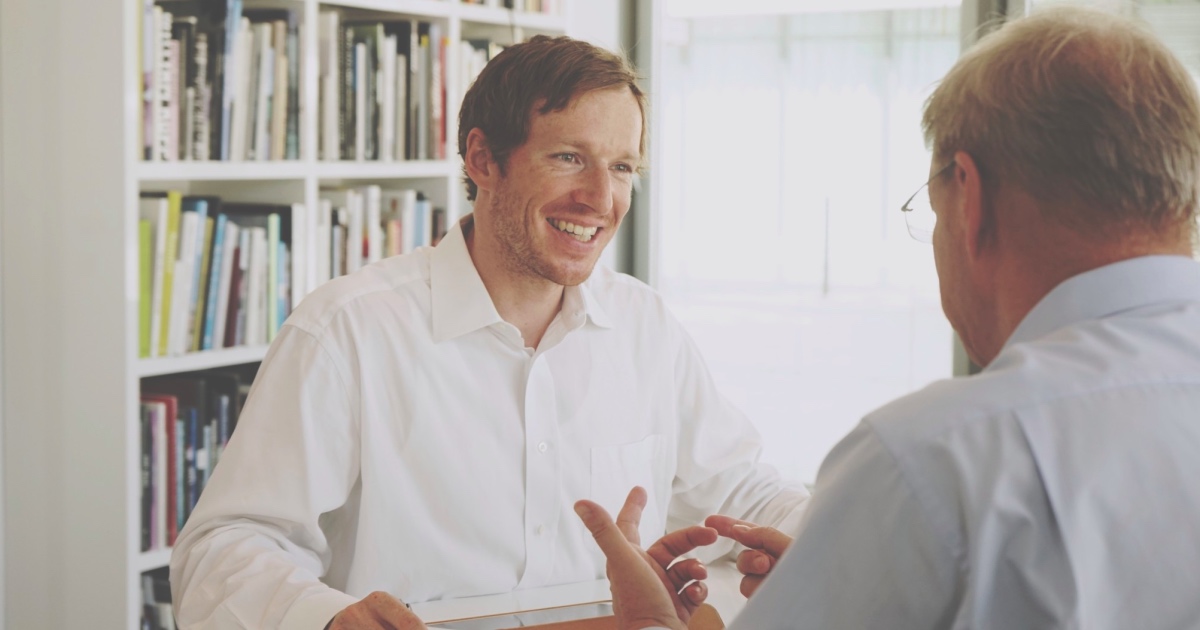 “What if we chop up a Kit Kat bar and use that instead of chocolate chips in the cookies?” my son asked.

My son has always liked to help in the kitchen. Over the years, he’s had some creative ideas to improve recipes. For example, we’ve put chunks of candy bars in cookies, brownies, pancakes, waffles, and other things I’d rather forget. We’ve tried a variety of different spices in sauces and to season meat.

Some have been hits. Some have flopped.

But, he wouldn’t have known — really known — if any of his ideas would work, if we hadn’t tried doing them.

It’s the same with writing web copy for clients. Sometimes your client has some quirky ideas. Sometimes you do. You can make a best guess of what will work based on your knowledge and experience, but you won’t really know until you test it.

So, what do you do when your client ignores your educated best guess and insists instead that you use their idea — their headline, their call to action, their wording to describe a benefit — in your copy? What do you do when they argue and won’t listen to your advice regarding proven best practices for effective web copywriting?

What’s worked for me is humbly suggesting, “Let’s test it.”

Of course, there’s an art to proposing a test while still maintaining a positive relationship with your client. They must see your “let’s test it” as a mutual experiment rather than a throw-down-the-gauntlet challenge to a duel.

It’s essential to your working relationship that your client still sees you as being on their side rather than as an opponent.

With that in mind, here are some tips that have helped me when proposing and writing copy for a test:

Focus on the Desired Results. You might say something like, “Let’s test which version gets more clicks, more opens, more sales (whatever result is the goal).” That’s more collaborative than, “Let’s see whose words are better.”

Keeping the conversation centered on the results rather than assigning labels of “good” vs. “bad” keeps you solidly on their side instead of competing against them.

Be Willing to Use Their Idea As a Starting Point. Keep an open mind and try to make their idea work by tweaking it where needed. For example, I had a client who wanted to run Facebook ads promising a reversal of high blood pressure and Alzheimer’s. He fancied himself to be a writer, but his first attempts on his own hadn’t been approved by Facebook (no surprise). So, I started with what he wrote and asked for clarification of what his products actually had done, as far as improving his daily life.

He explained that he has more energy, clearer thinking, and improved memory after making the lifestyle and diet changes he’s now selling to others. Turns out, he had never been diagnosed with Alzheimer’s; he was using the medical term to identify his self-diagnosed symptoms related to cognition and memory.

So, we removed the promise of a medical cure, and I wrote ad copy based on what he had experienced. The ad was approved, and traffic started flowing to his landing page.

Call on Your Expertise to Give Them a Strong Test Option. Once you have a test option based on their idea, consider giving them another option to test based on your knowledge and experience. They hired you for your copywriting expertise, so give it to them.

In the case of my Facebook ad client, he also told me the reason he started his own health journey in the first place was because of a promise he had made to his dying wife. My second test option for him included this powerful “why,” in addition to the benefits we showed in the first ad. Which test won? The ad with the story.

Be Gracious. Never say, “I told you so,” if your option wins the test. Instead of crowing about how great your copy is, talk about how great the results are and what those results will mean for their business. This lets them save face and allows you both to celebrate the win — great results — together.

My client was excited about the increased traffic to his landing page and the number of new prospects seeing his offer. And, he saw the value of testing so much he hired me to rewrite his landing page with two test options, as well.

Let Them Share in the Win. Give your client recognition for their part in the winning test option. Perhaps they provided you a fully fleshed out customer avatar. Or maybe great background product info or research. Don’t make something up, but give credit where it’s due. If you think about it, there’ll be something you can recognize as a valuable contribution.

My client, for example, had a very clearly defined target audience. He knew his avatar inside and out. And, of course, that helped me write copy that got his prospects to take action. It cost me nothing to give that recognition, and it strengthened our relationship for future projects.

It can be frustrating when you have a client who is adamant about what they think will work best to the point of ignoring or arguing with your expertise. The next time this happens to you, consider testing it out for yourself. See what happens when you use those magical three little words …

When appropriate, give them two or three subject lines to choose from and test. Give them multiple headlines or calls to action.

Just remember to focus your test options on improving the desired result. For example, let’s say their landing page has a high bounce rate (people not staying on the page long enough to read it). Testing multiple calls to action probably wouldn’t have much of an impact, because the reader isn’t staying on the page long enough to even see the call to action.

Testing different headlines to see which one keeps people on the page longer, on the other hand … that test would deliver the desired result of reducing the bounce. That gives your client real value and makes you valuable to them, as well.

These three simple words — let’s test it — have been powerful in my experience of working with difficult clients. Not every project is appropriate for testing. Not every client is open to it. But, for the ones that are, testing can lead to major wins.

Test it and see for yourself.

This article, 3 Magical Words to Use When a Client Wants to Argue, was originally published by Wealthy Web Writer.