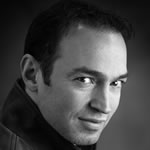 “Whenever I go to parties and people ask what I do, I always say, ‘I’m like a bum, but who gets paid.’ And it’s true. A bum rattling a paper cup full of change on a street corner works harder than you will if you know just a few direct response marketing principles and combine them with email marketing correctly. This powerful combo lets you create any kind of lifestyle you want — including reducing your work day down to as little as 10-minutes, if you choose.”

Over the past 15 years BEN SETTLE has written ads, created email campaigns, and cooked up marketing strategies for clients (when he did client work) that have collectively earned tens of millions of dollars in sales in hyper competitive, “cut throat” markets such as:

His methods have also gotten rave reviews from the world’s top A-list copywriters, marketers, and designers, including:

Ben has taught methods he’s pioneered to some of the world’s most prestigious direct marketing companies — such as Agora Financial … AWAI’s 2016 Web Copywriting Intensive event & also their Wealthy Web Writer series … professional radio producers at Entercom (one of the largest radio broadcasting companies in the United States) … Real Dose’s (one of the world’s biggest and most respected health supplement companies) Health Profits Summit … various seminars and events where people paid up to $10k just for a seat … and the annual Oceans 4 Mastermind — where 7, 8, and 9 figure businesses pay him and his colleagues to put their emails on the “hot seat” — transforming their sales overnight.

Ben publishes a monthly print newsletter (called “Email Players”) that costs $97.00 per month and is read by hundreds of people in over 30 countries — including by some of the most respected copywriters and marketers on the planet, such as A-list copywriters, publishers at prestigious direct marketing companies like Agora Financial, leading auto-responder & email trainers, world class copywriters … and more.

To get a free copy of the first issue (as a pdf) go to:

You can also connect with Ben via his unruly and rowdy private Facebook group here: