In 2007, Guillermo Rubio was working several part-time jobs. He was a barista at Starbucks, a dance instructor and also working at a hotel. Like many, he struggled to make ends meet and find meaningful, fulfilling work.

More than five years had passed since Guillermo had received a letter from American Writers & Artists Institute (AWAI) that outlined how others like him were making a good – even great – living as direct response copywriters. Despite the fact that he had no prior writing experience, Guillermo invested in AWAI’s Accelerated Program for Six-Figure Copywriting.

“I decided it was high time I did something with the course I’d bought years ago,” Guillermo said.

Today, Guillermo has a flourishing copywriting business and a solid income while enjoying the freedom of being his own boss. But to get here, he had to learn more than copywriting skills; he had to overcome a major obstacle: fear.

“Starting from ground zero, there were a number of fears holding me back from living the life I dreamed of,” Guillermo said.

Fear of Criticism and Rejection

Much of Guillermo’s fear stemmed from his naturally introverted personality. “I was scared of going out there, trying to get clients and getting rejected,” he said.

Guillermo moved through his anxiety by building his knowledge, and by reading, re-reading and copying by hand sales letters from the AWAI Direct Mail Hall of Fame and from direct mail veteran Gary Halbert. He also found he simply had to do the things that daunted him the most.

“I put on a suit, tucked some writing samples in a nice folder, went to the AWAI office and asked if I could work there,” he said. “I told them I had been through the Accelerated Program and wanted a job.”

Guillermo talked to Katie Yeakle, executive director and co-managing partner of AWAI, and left his writing samples. But he didn’t stop there. Again following his belief in facing his fear of rejection, he followed up with Katie via email. His perseverance led to an invitation from Katie to attend AWAI’s FastTrack to Copywriting Success Bootcamp and Job Fair, which eventually resulted in an offer for a full-time job at AWAI.

For the next year, Guillermo honed his copywriting skills at AWAI, writing sales copy, emails, landing pages, articles, and more.

In 2009, Guillermo decided the time had come to face another fear: going solo. He left AWAI, launched his freelance career, and then moved to Utah – where he could also study ballroom dance at one of the nation’s top studios.

“Going freelance was scary,” he said. “But I was able to find clients through Bootcamp, the Job Fair and referrals, thanks to my work with AWAI.”

In 2012, Guillermo’s hard work was rewarded when he won the AWAI $10K Challenge, giving him $10,000 in new project work. Since then, he has tripled his income.

As Guillermo’s career grew, so did interest in helping others do the same. He was soon invited to share his story at an event hosted by legendary copywriter, Clayton Makepeace – stirring up new anxiety.

“I don’t like speaking in public,” Guillermo says. “Being asked to do that, I was fearful.”

Again, Guillermo moved forward despite his uneasiness. Following his successful talk at Makepeace’s event, he was asked to speak at the AWAI Bootcamp. Because of these experiences, he’s now working on a book about how following fear can lead to success.

And in 2013, Makepeace hired Guillermo to write a sales letter, which led to an ongoing engagement.

“He liked it so much that he reached out to see if I could work with Weiss Research on a permanent basis,” Guillermo said.

Guillermo now works full time for the company. He and his wife live in Jacksonville, Florida, where they moved “on a whim.” Not being tied to any one location is part of Guillermo’s definition of success, along with being able to pursue his other interests, such as dancing and music.

Even now, as a successful, established copywriter, Guillermo still contends with fears. “At this point, my fears are more to do with starting new business and marketing ventures, and exploring new areas where I can apply my copywriting skills to bring more value to clients and bolster my income,” he said.

Facing his fears and dedicating himself to continuous improvement have brought Guillermo to where he is today.

“I have found that my career has grown and my income has grown as I work on myself,” he said. “Everything is in proportion to how much self-work you do, because as a solopreneur, it all comes down to you.”

Ready to pursue the writer’s life? Learn more about the program that launched Guillermo’s career, , The FastTrack to Copywriting Success Bootcamp & Job Fair. 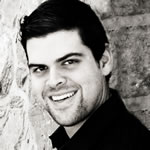 “Figure out what you want to be. If you’re not there yet, it’s because of fear. The thing you are fearing is what you need to be doing”