“What does every great copywriter have in common? They show they are hungry. When they experience success, the first thing they do after a short celebration is get to work trying to top it. They’re insatiably curious. Nothing replaces curiosity when it comes to being a great copywriter. They show their smarts in the connections they make, the communities they join, and in their willingness to learn. They’re passionate. They have ambitions beyond money. They strive to understand direct marketing principles. They show humility. They may be confident, but never arrogant. And, if they’ve been at it for any time at all, they have samples to show for their experience. Samples are important, but hunger, curiosity, smarts, passion, knowledge of direct marketing, and humility all come first.” 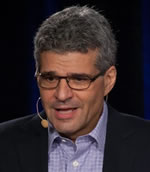 BRIAN KURTZ has been a serial direct marketer for over 35 years and never met a medium he didn't like … and while he's had much success, he also must admit that trying to sell subscriptions and books on the back of ATM receipts and under yogurt lids was only "a good idea at the time … "

Brian spent 34 years helping build Boardroom Inc. into one of the most successful and respected direct marketers ever.

During his tenure at Boardroom, Brian was responsible for the mailing of close to 2 billion pieces of direct mail (and, no, he did NOT lick every stamp!). He was also responsible for the distribution of millions of other impressions and promotions in a wide variety of alternate media, both offline and online. He was committed to working with the most innovative direct marketing techniques, and he is known for working with some of the greatest direct marketing consultants and copywriters who have ever lived and considers himself a lifelong student.

Under Brian's marketing leadership, Boardroom sold millions of subscriptions and tens of millions of consumer, health and business-related books. And during his career at Boardroom, revenues went from approximately $5 million (in 1981) to a high of over $150 million (in 2006).

And he will do that as both a student and teacher.

In September of 2014, to kick off that mission, Brian hosted the "Titans of Direct Response" … called the event of the decade by many industry insiders.

“Titans” brought together the greatest minds in direct response marketing from the last 50 years as both speakers and participants.

He also writes and speaks regularly. You can find his writings and more here.

But truth be told, Brian is really just a Little League Baseball Umpire and does this direct marketing stuff on the side … his ultimate goal is to umpire in the Little League World Series in Williamsport, PA while he is still upright … and he hopes it happens soon …