Colette Rice dreamed of financial stability and health benefits, and the perks and peace of mind that come with those - like owning a home, not worrying about bills and getting affordable medical care when needed.

But for many hand-wringing years, those goals were always just beyond her reach as she bounced from gigs in Shakespearean theater to unstable jobs at nonprofits.

Eventually, she found everything she sought: a six-figure compensation package and a flexible schedule. It just looks nothing like what she expected.

“What held me back was thinking I knew what form my life had to take in order for me to be happy and successful,” she says. “It didn’t happen the way I envisioned at all. It’s better!”

From Stages to Nonprofits, Struggling for Stability

Colette had started her career in New York City’s stage scene, from Shakespeare to opera.

When not performing, she found work as director of a regional theater group, in various nonprofits and in helping start a charitable foundation for an investment bank. Yet nothing seemed to last very long or pay well enough, leaving her unable to build much-needed stability.

When her mother fell ill, Colette returned home to California to help. But how could she earn a living while tending to her mom?

“I was caring for my failing mother, and my health wasn't its best either,” she recalls. “I really wanted to find a profession I could do from home and make good money too.”

Over the years, Colette had written countless grant proposals, fundraising appeals and other communications for theater groups and various employers, and earned repeated praise for it.

“I knew I could write,” she says. “There hasn’t been a time in my life where I’ve written anything where someone hasn’t said, ‘Gosh, you’re a good writer.’”

But writing as a career in itself? The thought had never crossed her mind – until she received a letter in the mail from American Writers and Artists Institute (AWAI). The more she looked into it, the more right it felt.

“AWAI had been around for a while, and had produced some very successful people,” she recalls. “My gut instinct was backed up by AWAI's success stories and its thoughtful approach to ongoing training and support.”

Colette kicked off her training with AWAI’s Accelerated Program for Six-Figure Copywriting, first with the self-paced version and then a live offering.

“The Accelerated Program is so packed with everything you need to know to write persuasively,” she says. “It’s a really valuable program.”

In launching her copywriting career, Colette tried on various industry niches, from pets to self-help to health supplements, but none seemed like the right fit.

Meanwhile, life kept throwing more roadblocks in the way – her mom’s health issues and her own. Colette recovered from heart surgery… only to suffer a debilitating and demoralizing ankle break not long after.

“I had been living on savings, and with the health issues, I was watching my savings disappear,” she recalls. “I was struggling to get copywriting to support me.”

“I honestly didn’t think I could make enough money writing for nonprofits,” she says.

To pay the bills, however, she did find non-writing jobs with various nonprofits – until a layoff set her back yet again.

At the time, she had a new mortgage and a leak in the chimney that brought her ceiling down. Her life seemed to be crumbling, literally and figuratively.

Saying ‘Yes’ to It All

Tired of setbacks, Colette put on a positive mindset and resolved to say “yes” to everything that came her way. Soon she spotted a part-time grant-writing position with a hospice organization in her area – a surprisingly perfect fit.

She and the nonprofit sealed the deal and she started within a week after losing her former job. Not long after, when the opportunity arose to go full time with the organization, Colette jumped on it.

In the past, she’d resisted the confines of a staff position, but with this, she could work from home while contributing to an appealing cause.

Colette now taps into everything she learned in the Accelerated Program. And anytime she needs, she can choose from the full catalog of other AWAI programs – including Copywriting for Nonprofits: How to Write Inspiring Copy for the Fundraising Market – courtesy of AWAI’s Circle of Success.

Colette never expected a full-time position to be a fit for her and to find it in the nonprofit world.

And yet, that’s exactly what’s giving her the stability – and freedom – she’s always wanted…

“I’m writing from home, working for a great organization,” she says. “And the best part is, I have money to pay the bills and go to the doctor when I need to.”

It took a while for Colette to get where she is, partly because she thought her copywriting career was supposed to look a certain way.

“What I wanted was a prosperous, flexible six-figure writing career,” she says. “I started focusing on that – and got exactly what I wanted.”

“If you can let go of the details and think about the qualities, overall picture and vision of what you want, I think the universe is better at sorting out the details than we are,” she adds.

Learn more about the program that kicked off Colette’s career,
The Accelerated Program for Six-Figure Copywriting. 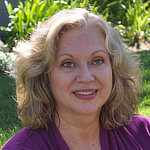 “What I wanted was a prosperous, six-figure writing career. I started focusing on that – and got exactly what I wanted.”