Maybe it was the hour-plus commute each way. Or the heels. Or the stifling panty hose in steamy Atlanta summers. But Krista Jones had had enough of her office job.

Krista had risen quickly in her career as an environmental scientist. She’d spent years with several consulting firms, and more recently, co-managed a $328 million government contract with the Environmental Protection Agency.

When she had chosen to pursue environmental science in college, she anticipated helping protect natural resources. But instead, she ended up fixing problems – surveying contaminated sites and water for human health hazards. The work was monotonous and unfulfilling, and she really wanted to work from home.

“It was an inflexible corporate culture that didn’t allow anyone to work from home,” she said. “I’d done such regimented work for so many years and was just so unhappy.”

Krista wanted a new career, but doing what? In a career exploration class to find her calling, writing turned up among the top three options for her, seemingly out of nowhere. She had never considered writing before, and didn’t know the first thing about getting into the field.

She put writing out of her mind – until she received a mailer with a question that seemed posed just to her: “Can You Write a Letter Like This One?” From American Writers & Artists Institute (AWAI), the letter detailed how companies are searching for – and pay top dollar for – copywriters who can craft compelling promotional copy to persuade buyers.

The promise of working from home, for herself, was too great to ignore. And this time, with a pathway to success, writing seemed a viable option. She pondered the decision for a couple of months, and then signed up for The Accelerated Program for Six-Figure Copywriting.

Through the program, Krista learned how to transform her writing from the technical style required in her job to conversational copy that sells. A few months after starting the program, Krista took the next step, attending AWAI’s FastTrack to Copywriting Success Bootcamp & Job Fair. At the event, she completed the Spec Writing Challenges, giving her experience and opening the door to paying work.

At Bootcamp, she found invaluable support and mentors in the experts behind AWAI, who guided her in the structure and nuances of direct response writing. They also approached Krista about working on projects.

“After AWAI saw my writing in the copy challenges, they started referring prospective clients to me and I picked up work,” she said. “It made me feel that anything is possible!”

The next year, Bootcamp more than paid for itself again when Krista took home the big prize, AWAI’s $10K Challenge. In a competition to write promotional copy for The Accelerated Program, she won, giving her $10,000 in new projects with AWAI.

Before Krista even started the Accelerated Program, she identified publisher Nightingale-Conant as the client she most wanted to write for. Turns out, they needed a writer just like Krista – who understood the mind of the audience. After connecting with Nightingale-Conant through AWAI contacts, she ended up writing countless promotions for them on subjects such as the law of attraction, something Krista herself had studied.

As Krista grew her freelance client base, she continued working in her job, gradually cutting down her hours. Her boss wanted to keep her, so he took whatever time he could get. But finally, she walked in and quit for good.

As a copywriter, Krista broke free from her daily commute, heels, and panty hose, while matching her previous income. No doubt, she worked hard as a writer, but she finally found the coveted work-life balance she sought.

“If I wanted to stop working early so I could catch a 2:00 matinee, I had the freedom to do that,” she said. “Or, if I wanted to sleep a little late and still head to the gym before sitting down at my desk, I could do that, too.”

Back to Her Roots

Krista’s freelance copywriting experience has given her the confidence and promotional skills for her latest venture – starting a garden center. In 2012, she and her husband, George, started selling organic produce at their local farmers’ markets, grown in their own backyard. But to expand the business, they needed more land.

While casually looking with Krista’s sister, a realtor, they unexpectedly found a 3.7-acre farm filled with century-old trees and buildings that Krista “just knew” was the place. Now, they’re renovating the site to include gardens, orchards, vineyards, a store, serene sitting areas, and a labyrinth. Set to open in 2015, High Garden Center will also offer classes in yoga and farm-to-table cooking.

“It’s a lot of work but it’s a labor of love,” she said. “This ecologically sustaining, abundant paradise will nourish the body, mind, and spirit.”

In effect, Krista has gotten back to where she wanted to be way back in college, contributing to bettering the environment. Krista still relies on freelance copywriting to generate solid income, and more recently, added renowned personal development leader Bob Proctor as a regular copywriting client.

“I feel like in many ways that I am coming back full circle, coming back to the idea and dreams I initially had when I was younger,” she said. “But now, I am in charge of my own destiny.”

Ready to pursue the writer’s life? Learn more about the program that launched Krista’s career, The Accelerated Program for Six-Figure Copywriting. 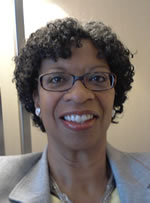 “I feel like in many ways that I am coming full circle, coming back to the idea and dreams I initially had when I was younger. But now, I am in charge of my own destiny.”