2017 June Know Your Audience and You’ll Nail the Headline 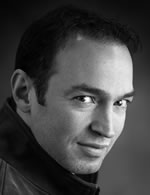 Let's have an informal little "contest."

Which of these three headlines do you think did best?

The advertising critics would say:

"These all suck! There's no benefit! Who wants to get rich slowly?

Who cares if India stops China!

And (as usual) the advertising critics would be wrong.

The first headline was written by Gary Bencivenga. (Universally acknowledged by many as the world's greatest living copywriter.)

And, he had to fight tooth and nail to get the client to run it. But, guess what? When it ran, I hear tell it pulled incredibly high numbers of sales — far more than anyone would have thought, and ran for a long time.

Ditto for the second headline.

It was for a control written by Doug D'Anna.

(One of the top direct-mail copywriters on the planet.)

And the third one?

Well, I don't know if that was really the "headline" because, you see, there was no real headline. Just a return address at the top right corner. But, it was one of the "most mailed" sales letters in human history written by the late "Grand Poobah" of marketing himself — Gary Halbert.

Yes, it's true, my little droogie. One of the most mailed sales letters in history lacked a "killer" headline. Or, even a headline at all. (BTW, some say the famous Wall Street Journal control ad mailed to more people, but it just so happens that letter lacked a headline, too, other than the letterhead at the top … )

Where's this coming from?

Why bring this up?

Because once upon a time, a misguided bloke sent me an email saying the headline selling the "Email Players" newsletter (and I quote) "sucks," without bothering to gather the facts about how it's been working.

And, methinks a few hints are in order:

Hint #1: It's been chugging along just fine for almost six years now

Hint #2: It's about market awareness and who I'm targeting

Hint #3: Emails are like the new headlines in many ways (which I have explained before changes the game completely online)

I could go on.

But, I think you get the point.

And, hopefully so do the advertising critics.

Your takeaway: You can’t write winning headlines unless you know your target audience well. Make sure your client provides you with as much information as possible on the prospect.