Dan Kennedy:
Prospering as a Copywriter

“How you deal with failure determines whether or not you ever get the opportunity to deal with success.” 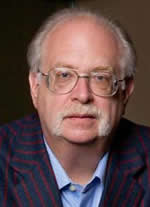 Dan S. Kennedy is well-known to AWAI. He holds AWAI's Copywriter of the Year Award, and a great many AWAI members subscribe to his Marketing Your Services and Look Over Shoulder Letters, and many have also earned his Copywriter for Info­Marketers Certification. Freelance copywriting and writing have been cornerstones of his business life for more than 40 years, and it has been nearly 20 years since he has earned less than a 7-figure year's income from copywriting for clients (with no year less than 6-figures) always part-time, without outright advertising himself or his services, without advertising free critiques or consultations, or even doing free meetings with clients. His authored ads appear in dozens of national magazines every month; his video sales letters used in online media, scripted webcasts, and sales DVDs used in direct-mail reached over 500,000 viewers in 2015 and generated over $100-million; and at least 100,000 pieces of his authored direct-mail travel monthly. This reach extends to the U.S., Canada, the U.K., and nine other international markets. Over 85% of all clients utilizing Dan once do so subsequently, repeatedly, or on an on-going basis. His “name” clients include Guthy-Renker (a 25+ year relationship), Proactiv, Tony Robbins.

Dan is also the author of 24 published books including the popular “NO B.S.” series at Entrepreneur Press/Entrepreneur Magazine, NoBSBooks.com, and Amazon.com). Most recent titles: NO B.S. GUIDE TO DIRECT-RESPONSE SOCIAL MEDIA (with Kim Walsh-Phillips) and NO B.S. GUIDE TO MAXIMUM REFERRALS (with Shaun Buck). His first book, ULTIMATE SALES LETTER, now in its 4th edition has never been off booksellers' shelves since 1981. His books have hit #1 on Amazon bestseller lists, been on Business Week and USA Today bestseller lists and INC. Magazine’s 100 BEST BOOKS LIST. He has also coauthored two mystery novels: Win Place or Die, and Speaking of Murder (July, 2016).

He lives with his 2nd and 3rd wife (one in the same) and their Million Dollar Dog at homes near Cleveland, Ohio and Washington DC; works with a five-minute commute to his home office; drives four collector cars, including a Rolls-Royce originally owned by Dean Martin; and owns 20+ Standardbred racehorses and personally, professionally drives some of them, averaging 150 to 200 races a year. Almost all clients travel to him; and for most speaking engagements, those clients set their meetings in Cleveland – this AWAI outing is a rare exception.