"When I started out in the mid-1970s, resources for freelance copywriters were almost nonexistent. Looking back, I wish AWAI or a similar organization had been around to help as I was groping for answers: how to find clients, how to price an assignment, how to write copy that pulls. Today, every copywriter can benefit from the gold mine of guidance and wisdom that AWAI offers. That gives you an edge I didn’t have at the beginning of my career." 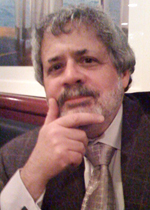 DON HAUPTMAN has been an award-winning independent direct-response copywriter and creative consultant for more than 30 years.

In the course of his career, he's been a top copywriter, a sought-after consultant, an acclaimed speaker, and a published author. In copywriting circles, Don may be best known for his headline “Speak Spanish [French, German, etc.] like a Diplomat!” This ubiquitous series of ads generated revenues that total in the tens of millions of dollars … and achieved the status of an industry classic.

His winning campaigns are mentioned in three major college advertising textbooks, and examples of his promotions are cited in the books Million Dollar Mailings and World's Greatest Direct Mail Sales Letters. In a column in Advertising Age, Don’s name was included in a short list of direct-marketing “superstars.”

His work was praised by such direct-marketing legends as John Caples, Eugene Schwartz, and Bob Stone.

Last but not least, Don was an early specialist in marketing techniques for freelancers. He created and presented an acclaimed one-day seminar called “Self-Promotion for the Self-Employed.”