Richard Armstrong:
A Leader Among the Nation’s Copywriters 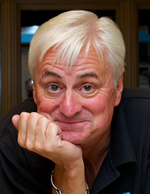 RICHARD ARMSTRONG is a leading freelance copywriter, topping the ranks of the nation’s A-listers. He specializes in writing copy for publishing, membership, and fund raising efforts.

His client roster contains some of the most iconic names in direct marketing: Boardroom, Rodale, Reader’s Digest, and many others.

Richard has won the Caples Award … multiple times. He is also a winner of the special Maxwell Sackheim Award presented by the Caples judges for a “distinctive achievement in direct marketing.” He has received an Echo Award, and been selected as a MAXI Award winner. In 1989 he won the Speechwriter's Newsletter Award for "Best Speech of the Year."

Richard's has written articles appearing in National Review, Washingtonian Magazine, Advertising Age, and many other publications.

In 2012, AWAI honored Richard as the "Copywriter of the Year," joining such previous winners as Dan Kennedy, Clayton Makepeace, Bob Bly, and Ted Nicholas.