In the spring of 2012, Brian Whitaker was poised for his next promotion. He led marketing for a product that pulled in $475 million annually at an Austin-based technology company. In his 10 years there, he had racked up 11 company awards.

Instead, he walked away. While he performed well at his job – and was recognized for it – he didn’t enjoy it. Each day started with bottomless email, was followed by back-to-back meetings and often culminated in late nights.

His job consumed his life, robbing time from his wife and two young daughters. He hadn’t taken a vacation in two years. And frankly, he was tired of working on the same thing all the time.

“I wanted to be more thoughtful and more effective,” he said. “I wanted more time with my kids. I wanted the freedom to take vacations. I wanted to create things that mattered.”

It was on a company management retreat a few months earlier in the woods of Minnesota when he had begun plotting his escape. When upon arrival he learned that his cabin was a mile away, he became incensed; he was in a walking boot from a recent sprain and was struggling.

But quickly, an elderly caretaker offered to give Brian a ride. On that short trip, the caretaker’s relaxed, cheerful attitude, and clear love for his job, were a striking contrast to Brian’s sour mood. The caretaker, who had been at the resort for 35 years, found deep meaning and satisfaction in his work. Brian wanted the same.

Earlier that year, Brian had started taking an online copywriting program from American Writers & Artists Institute (AWAI) – mainly to sharpen his marketing skills for the myriad content his team produced. But in the process, he began to see another future for himself – as a freelance copywriter. Brian’s employer was about to promote him to a new role that would be “half management, half politics,” and copywriting emerged as a viable exit strategy.

When he attended a local AWAI mixer of new freelance copywriters, he found the confidence to plan his move. “I realized I knew as much about copywriting as they did,” he said.

While still in his full-time job, Brian continued studying AWAI’s Accelerated Program for Six-Figure Copywriting and began seeking freelance clients. Unexpectedly, a company he had spoken to a few times approached him for a blogging project over several months, giving him the head start he needed.

“That gave me the confidence to start executing on my escape plan,” he said. “I gave my notice, burned through vacation time, and left to start my new life.”

Brian had made a career of business-to-business (B2B) marketing, but marketing himself as a B2B copywriter was new territory. The first six months were bumpy as he learned what worked in getting clients. He attended AWAI’s B2B Copywriting Intensive, where learning from leading copywriters in the field gave him the belief that he could exceed the income from his full-time job.

“The B2B event gave me a lot of confidence,” he said. “It really reinforced that I already knew a lot and that I trusted in myself enough to be a success,” he said.

As a former marketer, he knew what traits had impressed him about other copywriters: be creative, be resourceful, and connect with marketing managers about what matters to them. Using social media tools such as YouTube and LinkedIn, he would research potential clients and then craft tailored, focused messages specifically for each one.

Those tactics helped him land writing and consulting projects with technology mammoths such as Dell, NetApp, EMC, Microsoft, VMware, BMC, SAP, and Samsung. Eight months after he went out on his own, a single contract worth $25,000 confirmed he was on the right path.

Today, Brian goes well beyond copywriting to serve as a trusted advisor to his clients on messaging, positioning, research, product launches and content strategy. He also provides training and content to get sales reps ramped up on new products.

In his first full year as a freelancer, Brian pulled in six figures – $114,784 in fact. Now, he’s intent on doubling his annual income.

Self-driven, Brian must check himself on working too much. He cares deeply about delivering results for clients. But the occasional long days have never felt so good. He’s making a difference on diverse projects for equally diverse clients.

Ultimately, Brian knows he has the flexibility to control his workload to find the balance and peace he discovered was missing on that trip in the Minnesota woods.

He now organizes his day the way he wants, rather than to meet the demands of an employer. Instead of starting with email, he dives into creative work first, when he’s freshest. He usually puts in two hours of focused effort in the morning, then takes a break, and then puts in more focused work in the afternoon, often outside the office. He devotes later afternoons – when his energy levels are lowest – to administrative tasks.

He exercises and eats better. And he spends more time with his family. When one of his daughters faced a medical emergency, he was able to put projects on hold to be with her. But most often, that flexibility means fun.

“I’m an avid fly fisherman, so once a month or so, I take two hours over lunch, head to the local river, and spend time communing with nature,” he said. “And now I’m using my copywriting skills to start a small online magazine aimed at family travel – which gives me another excuse to enjoy the writer’s life wherever I want.”

Ready to pursue the writer’s life? Learn more about the program that launched Brians’s career, The Accelerated Program for Six-Figure Copywriting. 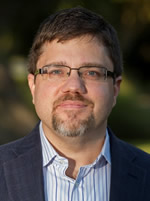 “I’m an avid fly fisherman, so once a month or so, I take two hours over lunch, head to the local river, and spend time communing with nature. And now I’m using my copywriting skills to start a small online magazine aimed at family travel – which gives me another excuse to enjoy the writer’s life wherever I want.”