For a decade, Ed Gandia was a top software salesman, pulling in a six-figure income working 55 hours most weeks. And he might have been content enough to keep at it, to climb ever higher in the safety of a job, but one thing changed that: he became a father.

“The path I was on…the better you do, the more responsibility you get and the more you have to travel,” he said. “I had a three-month-old at home and I couldn’t fathom that I would be away from my family every week. So I set a goal that within five years I would start my own business or buy a business.”

As it turned out, Ed didn’t need five years. Not long after that, he began moonlighting as a marketing copywriter, and 27 months later, was making enough money to quit his job.

And with a running start, he grossed exactly $163,181 in his first year as a full-time copywriter.

The Power of Words

Ed never would have predicted copywriting as his next step. But he’d stumbled into it when he was forced to write his own lead-generating sales copy because his employer lacked a marketing department.

“If they can’t do it for me, I’ll figure out a way to get it done,” he said. “I’ll research it. I’ll buy books. I’ll go through training programs. I had always done that, and in this case, it was working. My commissions were growing, and it was intoxicating to see the warm leads come in because of my sales copy.”

The timing couldn’t have been more fortuitous when Ed received a letter in the mail from American Writers & Artists Institute (AWAI) that asked, “Can You Write a Letter Like This One?” Yes, Ed was already doing it.

“When I got the letter from AWAI, I could see myself as a copywriter,” he said. “I thought, ‘Companies will actually pay for this kind of writing.’”

Ed signed up for The Accelerated Program for Six-Figure Copywriting and religiously went through the weekly lessons and homework on nights and weekends. He immediately applied what he learned to selling software for his employer – and saw his results improve once again.

Next, Ed made a business case for his employer, convincing them to share the costs of sending him to AWAI’s FastTrack to Success Bootcamp and Job Fair in Delray Beach, Florida. Any tips he picked up would improve his sales for the software company and move him a step closer to freelancing. Plus, after six months of self-study, Bootcamp offered a chance to ask questions of the industry’s top copywriters, in person.

Ed returned motivated to grow his copywriting business, but he had to do it while still working full time. “As my family’s sole breadwinner, I couldn’t afford to quit my day job,” he said. “The testing to see if this was viable had to happen on the side.”

First, he needed writing samples since he couldn’t share those he’d written for his employer. He reached out to a couple of current contacts each week and offered to do pro bono work in a Yahoo! discussion forum – landing his first unpaid projects. He wrote a sales letter for a map advertising company, and a brochure on quilting and hope chests.

In one of the smartest moves he made, he narrowed his niche and prospecting to what he knew: lead generation copywriting for the software industry. He sent out numerous prospecting emails and physical letters until, finally, a marketer at a software company saw his potential and hired him to write web copy. And it grew from there.

With each new writing project, he replaced the samples in his portfolio with new ones. “These were baby steps. I kept trading up,” he said.

For more than two years, Ed fit in up to 20 hours of copywriting work on top of his 55-hour day job. He wrote early in the morning, after his son went to bed, on Saturday mornings and sometimes Sundays.

“My goal was to save a year’s worth of living expenses and consistently earn half of what I would need when I went full time,” he said.

Ironically, Ed was killing it in his sales job, meeting the ever-escalating sales quotas, and was on the verge of being promoted to another division. Instead, he put in his notice and became a full-time freelancer.

Through persistence, Ed traded his six-figure sales job for a six-figure gig as a freelance copywriter for enterprise software companies – while working less. His usual copywriting routine: Write in the morning, break midday to work out or walk the dog, and then work more in the afternoon. And knock off early many Fridays.

“I look at my friends who are traveling every week, living out of suitcase, not able to be there for family dinner every evening ... or their kids' soccer practice ... and, man, that sucks,” he said. “I’m able to work from home and see my wife and kids every day. That, to me, is the top priority. I want to see my kids grow up, because it’s going by so fast.”

And the time he does spend working is infinitely more fulfilling. “On Sunday evenings, I actually look forward to the week ahead!” he said. “I never had that feeling before I went out on my own.”

Now, he’s also bringing what he learned to other aspiring writers. In 2010, he co-authored the bestselling and award-winning book, The Wealthy Freelancer: 12 Secrets to a Great Income and an Enviable Lifestyle with Steve Slaunwhite and Pete Savage. He also launched The International Freelancers Academy to help others make the same transition he did, quickly and safely, and now hosts the High-Income Business Writing podcast, the highest-ranked podcasts on iTunes in the "copywriting" category.

“I’m an entrepreneur at heart and this gives me the flexibility to try new things,” he said. “And I write the copy and drive the marketing strategy because of the experience and knowledge I have about copywriting and marketing. Those are extremely valuable skills that I can take with me anywhere.”

Learn more about the program that launched Ed’s career, The Accelerated Program for Six-Figure Copywriting. 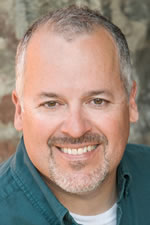 “I look at my friends who are traveling every week, living out of suitcase, not able to be there for family dinner every evening ... or their kids' soccer practice ... and, man, that sucks. I’m able to work from home and see my wife and kids every day. That, to me, is the top priority. I want to see my kids grow up, because it’s going by so fast.”