On most days, Jim Wright works from his home in the little town of Perth, Ontario. He has multiple incomes and he works mostly for himself, so if the weather’s beautiful and there’s a nice breeze, he’ll drive five minutes to the lake and go for a sail.

But Jim didn’t always enjoy this kind of freedom. When he was younger, he started out working various jobs — from a cook to delivery driver — during the day and playing drums professionally in bands at night.

“It was a lot of late nights,” he says. “I mean, being on stage and playing in front of thousands of people is fun, but loading gear in a truck at 3 a.m. and getting home at five — not so much fun. And once I got married and the kids came into it, it was just a little too much.”

So Jim retired from the stage and started working in the tech industry. But when the tech bubble burst in 2000, he began teaching electronics part-time at a community college. Teaching gave him a good income and some flexibility, but what he discovered next would take him to a new level of independence and freedom.

Jim always had a natural curiosity and love of learning. He’d been interested in being a writer, but never had the opportunity to do anything about it.

Then one evening, while browsing the web, he came across the website for American Writers & Artists Institute (AWAI). Something on the page grabbed his attention — an online program called How to Write Your Own Money Making Websites.

The program description tapped right into his interests, so he signed up. “It was kind of a technical thing and kind of a writing thing at the same time,” he says.

By the time he finished the program, he was hooked, and he soon signed up for another AWAI program, Build Your Freelance Website in Four Days.

His First Writing Gig – With AWAI

As it turns out, he landed his first copywriting job by joining the group. Heather Robson, Managing Editor of Wealthy Web Writer, hosted monthly group calls, and she often invited the attendees to send her their ideas for writing projects.

Jim had some ideas, but he wasn’t sure they’d be good enough.

“My finger would hover over the send button, and then I would chicken out and not send it,” he says.

After a few false starts, he pitched his first proposal to Heather for a short video project, and to his surprise, she accepted it. That project led to another one, and another and another. Soon, he became a Reality Blogger for Wealthy Web Writer, and for the next couple of years, he blogged monthly about his journey as a freelancer.

“Heather was super helpful and encouraging,” Jim says. “She was instrumental in increasing my skills and my confidence. I’ve always been grateful for Heather’s help and AWAI’s help in my career.”

Jim’s next few jobs came from his personal network. A friend who worked at a car dealership asked for his help after their social media manager left. He put together a quick proposal and got the job.

Next, he took on a volunteer project. “My kids were doing figure skating at the time, and I was helping out with the club,” he says. “The person who was looking after the website was moving on, so they asked me if I would do it.”

Then another volunteer at the club mentioned that her boss needed someone to write a website. “So it was just kind of like that — letting people know what I did, and keeping my ears and eyes open for opportunities,” he says.

New Relationships and Opportunities at Bootcamp

Jim took the next big step in his writing career by attending his first AWAI FastTrack to Copywriting Success Bootcamp and Job Fair. At this three-day annual event, top copywriting professionals give presentations and conduct workshops, and potential employers meet with attendees in casual after-hours get-togethers.

“I remember the first Bootcamp,” he says. “I felt like I had to make it to all the sessions. But then it became much more than that — just being able to connect with people who get what you’re doing and get the whole thing. And I usually picked up a project that more than covered my expenses to Bootcamp.”

Among the people he met at Bootcamp were copywriting expert Nick Usborne and Rebecca Matter, president of AWAI. Eventually, Jim started working with both Nick and Rebecca to create learning materials for two of AWAI’s writing programs.

Now Jim has a thriving copywriting business specializing in web writing and SEO.

“Two or three years ago, I played in an adult softball league, and one day I heard a bunch of people talking, complaining about how they hated their jobs,” he says. “That made me appreciate doing something that I love.”

He enjoys the additional income and freedom of working as a freelance copywriter, in addition to teaching part-time at a community college and coaching students.

“A good day is when I can get my work done, but also make it to daytime events at my kids’ school, or take a few hours to go sailing,” he says. “I’m blessed that I enjoy what I do. It’s not that money isn’t important — it is. But for me, success is primarily in quality of life, truly loving the work I do, and having flexibility in how I do it.”

Learn more about the event that accelerated Jim’s copywriting career, The FastTrack to Copywriting Success Bootcamp and Job Fair. 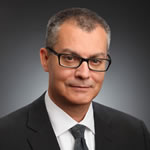 “For me, success is primarily in quality of life, truly loving the work I do, and having flexibility in how I do it. ”