Marcella Allison always knew what she wanted to be when she grew up. It’s just that the world was doing its darnedest to talk her out of it.

There were society’s constant messages about “starving” writers.

There was her father, a bond trader, who told her she’d probably end up as a 7th-grade English teacher.

And there was Marcella herself, plagued by doubts and daunted by writers like Hemingway.

“There was a lot of intimidation around writing anything,” she says, “because I didn’t think I was good enough.”

Fortunately, Marcella didn’t listen for long because, as it turns out, she was better than good enough. Driven and focused, she found a way to be a writer – and make Wall Street wages doing it.

As a coed at the University of Chicago, Marcella pursued a degree in English without knowing exactly where it would lead her. She only knew that she wanted to write.

So when she landed a gig writing “junk mail” out of college, she felt she was on her way. Then downsizing detoured her career for a few years, leading to a series of interesting – even lucrative – jobs.

She served as business manager of an art gallery, owned an organic gardening store, worked as a venture capitalist, and was development director of a nonprofit. Yet she always kept her hand in writing, crafting email copy nights and weekends for Schaeffer's Investment Research.

After a particularly grueling day of nonprofit office politics, she had had enough. On the drive home, she called her contact at Schaeffer’s and asked for a job. By the time she reached her driveway, the company had called back to invite her to work with them full time in house.

Schaeffer’s Investment Research was like a learning lab. “I was writing hot copy,” she recalls. “I'd get there at 8 a.m., find out what my assignment was, write it, and then it went out at 8 a.m. the next day.”

Despite the daily, hands-on experience, Marcella sought something more to take her copywriting up a level. The answer came in the form of a letter from American Writers and Artists (AWAI), Inc., asking “Can You Write a Letter Like This One?”

AWAI offered exactly what she’d been looking for, an intensive program to hone her skills as a direct-response copywriter. First, Marcella signed up for AWAI’s self-paced program, The Accelerated Program for Six-Figure Copywriting.

But it was at a copywriting workshop put on by AWAI and publishing giant Boardroom Inc. where she made the contacts that would take her to the highest levels of her field.

A few months later, Marcella attended AWAI’s FastTrack to Copywriting Success Bootcamp and Job Fair for the first time. There, she tackled the event’s hands-on Copy Challenges, giving her best effort on headlines and leads. Her skill and enthusiasm caught the attention of AWAI leaders, who hired her right then for a number of projects.

About a year later, she got a call from someone at Boardroom. Turns out, Marcella’s name was at the top of the list of promising writers from the first AWAI event she attended.

Through a Boardroom contact, Marcella also formed defining relationships with two of Boardroom’s top copywriters: she secured a coveted apprenticeship with one, and engaged in a rewarding copy critique relationship with another. To truly learn, she left her full-time job at Schaeffer’s.

As an apprentice, Marcella earned considerably less money, but was taking home far greater rewards: intensive learning from one of the best writers in the business.

Since then, Marcella has attended numerous Bootcamps and other AWAI-associated live events, where she not only connects with new and current clients but also finds other writers for her clients.

“I say all the time that I kind of owe my whole career to AWAI,” she says. “I've just been really blessed to have met some amazing mentors through AWAI. And Bootcamp is the one networking event that I go to every year. I can't think of another corporate event that has that same heart to it. It really is pretty unique.”

Likewise, Marcella has now become a mentor for other writers. “I like introducing new writers to my mentors or to my other clients,” she says. “I just always felt like there was plenty of work to go around.”

Early on, Marcella discovered the power of writing in copy teams, collaborating with a small group of writers to create the best possible promotion – and continues to do so on every project today.

And now Marcella laughs at all the doubt and comments that came her way when she pursued a writing career. “When I first left the venture capital world, people thought I was nuts because it was a very high-paying job,” she says. “And now, I make more than I did as a venture capitalist – and more than my father made as a bond trader.”

But the real rewards for Marcella are immeasurable. For one, the flexibility to write anytime – not on an 8-5 schedule – has allowed her to care for her family in a way that never would have been possible in an office job. She’s home for her high school-age son, available to help her 86-year-old mother-in-law, and flexible to take care of her 23-year-old son who has struggled with addiction and mental illness.

“For the past three years, my life has been nuts,” she says. “Not only would I have not made it through that time with a job but I couldn't have paid for my son’s treatment. There were times when he was on medications that were over a thousand dollars a month. I think the biggest thing for me for the writer’s life was to be able to be there for my son during his illness.”

Freelance copywriting gives her that time and money, and a career she adores. “I actually love writing,” she says. “I have to write. So for me, it's a dream to make a living as a writer.”

Ready to pursue the writer’s life? Learn more about the program that launched Marcella’s career, The FastTrack to Copywriting Success Bootcamp and Job Fair. 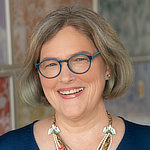 “I say all the time that I kind of owe my whole career to AWAI. I've just been really blessed to have met some amazing mentors through AWAI. And Bootcamp is the one networking event that I go to every year. I can't think of another corporate event that has that same heart to it. It really is pretty unique.”