“Where do you see yourself in five years?” It’s a simple enough question, one many of us have been asked and perhaps half-heartedly answered at job interviews and annual reviews. For Mike Klassen, the question was a wake-up call.

It was 2003, and Mike had been working at Microsoft for four years as a software tester and then a technical writer and editor.

“I enjoyed what I was doing, and I was working for one of the most famous companies in the world,” Klassen said. “Inside my head, my first answer was, ‘In 5 years I see myself sitting here asking myself this same question.’”

Mike asked for a couple of days to think about it. A few weeks later, he turned in his notice in order to pursue a freelance career.

“My definition of success is getting to define it myself,” he said. “At Microsoft, someone else defined success for me.”

Today, Mike is determining every aspect of life for himself, from how he works to where he lives. He has a successful graphic design business creating magalogs, books, and other large print projects. He lives with his wife and two teenage children in Ferndale, Washington, just one mile from the ocean.

Prior to 2003, Mike had never considered working for himself, but his technical writing background led him to American Writers and Artists, Inc.(AWAI), where he discovered others like him who were enjoying great success as freelance copywriters and graphic designers.

Mike started with AWAI’s Accelerated Program for Six-Figure Copywriting and began writing brochures and ad copy for clients he met through his local chamber of commerce.

“In the beginning, a lot of writers think they will have to write articles for a few pennies,” Mike said. “The Accelerated Program was important for me because it showed me what was out there. It laid out a reality I was not aware of.”

Mike’s progression from copywriter to graphic designer began when a client asked him to write and layout a brochure.

“I thought if knew a little about design, maybe I could make extra money doing both,” Mike said.

In 2004, Mike landed the project he credits for launching his career as a graphic designer. After attending AWAI’s FastTrack to Copywriting Success Bootcamp and Job Fair, he completed a spec assignment for the company. His first draft was returned to him with a lot of edits, but Mike persevered, and it paid off. He was assigned the layout work for AWAI’s “Secrets of Writing for the B2B Market,” a 300-page project.

“That was a career highlight,” Mike said. “For a number of years, all of my jobs could be tied back to that one.”

Having found success at Bootcamp, Mike attended again in 2005 and 2006.

“The thing about Bootcamp is you have all of these people who are really good at what they do, and they are so willing to share,” Mike said.

Mike still works with AWAI, most recently on the monthly Barefoot Writer magazine, as well as a number of smaller clients. And he still relies mostly on referrals and customer testimonials to get work. Unlike many copywriters, he doesn’t specialize in one industry, but rather one format, choosing to focus on large print projects, including magalogs, books, and magazines.

“While book lovers enjoy getting lost in a good book, I enjoy getting wrapped-up in copy-heavy projects,” Mike said. “As strange as it sounds, it’s a very relaxing experience when you get into a layout groove.”

And although all of Mike’s work is graphic design, he credits his writing knowledge to much of his success.

“I market myself as a designer who understands the importance of copy,” he said. “That’s important for a lot of clients. They don’t want to hire someone who thinks design is the most important part.”

Today, Mike makes as much as a freelance designer as he did at his corporate job at Microsoft. Twelve years after leaving his corporate job, he still appreciates the freedom the choice has afforded him.

One of the first times Mike realized the full benefits of working as a freelancer was when his children had a snow day in Seattle. “I didn’t have to call in to work to ask if could come in late so I could play with my kids,” Mike remembers. “I realized I was the boss and I set the schedule. It made me think, ‘Why didn’t I do this sooner?’”

“Early on, it was simply the joy of not having to set an alarm or fight traffic,” he said. “After all these years, I feel even more blessed to be able to be in control my schedule, work with clients I enjoy on projects I like, and be able to volunteer at my church or adjust my project schedule to take advantage of opportunities that pop up.”

Mike also appreciates the fact he has been able to be a part of the homeschooling education of his children, now ages 12 and 14.

“I have the lifestyle I want. I live where I want. I work with people I like,” Mike said. “Nothing is dictated by someone else. In that regard, success for me is just being in control of my life.”

Ready to pursue the writer’s life? Learn more about the program that launched Mike’s career, The Accelerated Program for Six-Figure Copywriting. 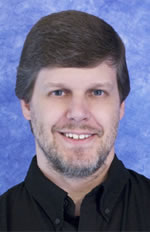 “I have the lifestyle I want. I live where I want. I work with people I like. Nothing is dictated by someone else. In that regard, success for me is just being in control of my life.”

Member:
Mike Klassen
Location:
Ferndale, WA
Other Careers:
Software Tester, Technical Writer
How He Got His First Client:
After completing a spec assignment for AWAI, he was hired to lay out the company’s “Secrets of Writing for the B2B Market.”
Top AWAI Programs: