From Zero to a Full Slate in Six Months: Connecticut Mom Reinvents Career After Layoff

As the calendar flipped to 2016, Nicole Piper’s life turned upside down. Preparing to finalize her divorce, she refinanced her mortgage to keep her house and ensure her son could stay in the same school. And just a day after she signed the loan documents…she lost her job.

“The president of the company flew in to lay me off,” she recalls. “All my plans counted on me having my job.  So as I listened to the president, I was expecting a panic attack to hit. But instead, I had this unbelievably calm feeling that what was happening was part of a bigger plan. It was almost like an out of body experience and I thought, ‘Whatever happens next, I know it’s going to be good.’”

Nicole didn’t panic. And while she didn’t know exactly what her next steps would be, she felt keeping a positive mindset was important.

Maybe it was a coincidence that a month before the layoff, Nicole had bought a copywriting program. She thought she could go through the program in the evenings and try copywriting on the side. And just maybe, she thought, it could eventually be a way to leave the corporate world.

Nicole had not expected to put her copywriting skills to use so quickly, though she now sees the layoff as the push she needed to pursue a new path.

NOT Too Late to Live the Writer’s Life

Nicole had spent nearly the past three decades working in brand development and marketing for a number of well-known companies such as Nickelodeon, MTV and The Sharper Image. But in the recent recession, she had suffered four layoffs. That déja vu of seeking and starting new jobs, each requiring a 90-minute roundtrip commute to New York City, was wearing on her.

Nicole had always dreamed of being a writer. Yet it had never seemed like a realistic route, especially as the primary earner in her family.

Ironically, while looking for a writer to work on a project at her former employer, she learned about American Writers & Artists Institute (AWAI) and began researching copywriting further. Not long after, an email arrived from AWAI that seemed to echo her dreams (“It’s Not Too Late to Live the Writer’s Life…”).

When Nicole found herself jobless with a big mortgage and a pre-teen son to support, she dove into studying AWAI’s Accelerated Program for Six-Figure Copywriting, a self-paced, online program that offers a blueprint for pursuing the writer’s life.

“I fell in love with the people behind AWAI, and the energy and passion they have for helping writers,” Nicole says. “I would spring out of bed at 3:30 a.m., too excited to go back to sleep. I wanted to get to my desk to study and write. I had so much energy for it, it was waking me up in the middle of the night, whereas going on job interviews made me feel nauseous.”

To move forward, Nicole took action – repeatedly. In hindsight, her decision to attend several events dramatically pushed her career ahead. In Joshua Boswell’s Launch Your Writer’s Life in a Day, she gained the mindset and action plan to begin turning her copywriting training into actual work.

Soon after, she headed to Denver for The Makepeace Method for Writing Million-Dollar Sales Letters in 7 Days or Less. There, she met 13 of the top copywriters in the business, instructors such as Clayton Makepeace, Marcella Allison, David Deutsch and Henry Bingaman.

In the fall of 2016, she flew to Delray Beach, Florida for AWAI’s biggest annual event, The FastTrack to Copywriting Success Bootcamp & Job Fair. The event provided not only powerful tips on copywriting, but her first client and career-boosting networking.

But Nicole’s willingness to introduce herself made the greatest impact in advancing her writing career. At the bar one evening, she shared her story with both Kevin Rogers and Parris Lampropoulos, both well-known copywriting veterans.

“Looking back, I see that as the night I transitioned from someone who was learning about writing into becoming a copywriter,” she recalls. “I really wanted someone to look at my copy and tell me what I needed to make this work, and I found that in Kevin and Parris.”

Kevin invited her to join his Real Free Life coaching program, where he helped her define her unique selling proposition. She could tap into her three decades of branding and marketing experience to help her clients. She also became part of Kevin’s Copy Chief community, which connects writers with marketers looking for writers.

Not long after Bootcamp, Parris also reached out, inviting Nicole to be one of his prestigious “copy cubs.” As part of a team of writers working under Parris, she would receive invaluable mentoring and feedback on her work.

Growing Her Income, and Time with Her Son

Bootcamp, literally, was the reboot Nicole needed. The combination of dedicated writing and networking rocketed her from zero to a full workload in about six months. In that time, she’s written for a natural cosmetics company, a Catholic training program, a sunglasses maker, a biochemical testing lab, and more recently a chiropractor she met through the Copy Chief community.

“Now I’m working as the only writer on a huge launch that is 100 percent copy driven,” she says. “I bring a lot of marketing ideas to it as well.”

Looking back, Nicole says the past year has been amazing. “I now write all kinds of copy and work on internet marketing funnels.  A whole new world has opened up to me.”

These days, Nicole feels she’s well on track to surpass her previous income. Most importantly, she’s built a new career that both pays the bills and allows her to spend more time with her son.

Ironically, by going out on her own, Nicole found a different kind of security. She no longer has to worry about layoffs. And she ditched her grueling commute.

As it turns out, her early 50s was NOT too late to realize the writer’s life.

“I recently went with my son and 90-year-old father to the UK and France for more than two weeks and I was able to keep up with my work while there,” she says. “I found a little island off the coast of Brittany where someday I would love to rent a house for a month or two and write from there.”

And at the next Bootcamp, she’ll reconnect with many fellow copywriters and mentors. In particular, she’s excited about meeting with other Titanides, a group of women copywriters started by Marcella Allison. These kinds of connections – forged boldly by Nicole at various events – have made her career possible.

“I wouldn’t be here today if not for AWAI, by any stretch of imagination,” she says. “Career-making connections through AWAI were really the turning point for me.”

Learn more about the program that launched Nicole’s career, AWAI's The FastTrack to Copywriting Success Bootcamp and Job Fair. 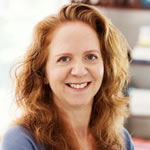 “I wouldn’t be here today if not for AWAI, by any stretch of imagination. Career-making connections through AWAI were really the turning point for me.”

Member:
Nicole Piper
Location:
Stamford, CT
Other Careers:
Brand development and marketing
How She Got Her First Client:
At Bootcamp, she won the Copy Challenge for an online health site, earning a project with them
Top AWAI Programs: