Rachael Kraft was the kind of science teacher who took her students outside to launch rockets and exploded beakers of goop just to show a chemical reaction. She helped one female student secure an internship with NASA. And one troubled youth even postponed dropping out of high school just so he could spend a few more days in her classroom.

These were the types of relationships and experiences that led her to teaching. But in reality, they were only possible with dedication to one particular school. For Rachael and her husband, this simply wasn't possible.

Several years in the military and future goals for their marriage meant she would be hopping around from location to location.

Unfortunately, subbing wasn’t a desirable option either. It was in one long-term subbing position that Rachael reached her lowest point as a teacher. Instead of making an impact, she found herself in the role of baby-sitter, having to break up fights and deal with students who didn’t know or respect her.

She had worked tirelessly to get to this place in her career – earning her Masters degree in secondary education in earth and space sciences. But the reality was nothing like the dream.

“I really enjoyed teaching on the good days,” she says. “But with subbing, there weren’t that many good days. It was really stressful both physically and mentally.”

At the time, she and her husband were stationed at a military base in the South, but knew they would soon be moving. It could take a few months to secure a new teaching position, leaving gaps in her income.

Then, a friend mentioned an online program on learning how to be a researcher. Rachael learned that, by researching topics for clients, she could work from home, from anywhere.

“The work sounded easy and the promotion said I could make $50 an hour,” she says. “Maybe this could be a way for me to bring in some sort of income while we were moving around.”

Determined not to return to the classroom, Rachael invested in Secrets of Becoming an Internet Research Specialist, offered by American Writers & Artists Institute (AWAI).

While completing that program, she concurrently joined another self-paced AWAI offering, Graphic Design Success. As a teacher, she had relished creating elaborate, attractive handouts for her students.

“Man, I made beautiful worksheets!” she quips.

While her students didn’t always appreciate her flair for design, business clients just might.

Rachael diligently completed both programs and soon started actively marketing herself as a researcher and graphic designer. She relied on her newfound research skills to find prospective clients and turned to online freelance sites and local networking.

Before long, she was splitting her time between research and graphic design work.

A regular income started to trickle in. And as her teaching colleagues returned to their classrooms, Rachael felt relieved she didn’t need to. Instead, she was earning a living working from home – wherever home was.

A Bootcamp of Her Own

In 2014, Rachael headed to AWAI’s FastTrack to Copywriting Success Bootcamp and Job Fair in Delray Beach, Florida. Networking at the event, she rapidly landed both research and graphic design clients.

“From the first Bootcamp, I saw an immediate boost in my earnings,” she says. “I actually got enough work to cover the cost of going to the event!”

While telling everyone she was a researcher and graphic designer, the event opened up another world to her: copywriting.

Adding Copywriting to the Mix

Back at home, Rachael was still pondering writing when luck blessed her with an opportunity. A graphic design client asked if she would help with web content and blog posts, so she jumped in and began learning on the job.

“I am so lucky I had such an awesome client who hired me to write my very first copy. He was very patient and grateful,” she reflects.

After going it on her own for a bit, Rachael decided it was time to get expert guidance and invested in AWAI’s Accelerated Program for Six-Figure Copywriting.

“I wish I had taken the Accelerated Program right away,” she says. “If so, I think my career would have taken off faster than it did.”

The Boosts of Bootcamp

With yet another skill in her toolkit, Rachael’s workload and income steadily grew. And each time she attended Bootcamp, she gained another boost.

Her second time at the event, Rachael came full circle, winning a Copy Challenge and her own trip to the stage for a $1000 check…this time for her copywriting. She won another $250 spec at her third Bootcamp, and yet another $1000 spec at her fifth.

At her fourth Bootcamp, she met with a longtime research client, the copy chief for a natural health supplements company. After seeing real potential in her writing samples, he asked her to craft sales copy.

“He hired me at that Bootcamp to start writing for two of his health supplement clients,” she recalls. “As I left that meeting, I was incredibly happy and Katie Yeakle was there to celebrate with me in the hallway.”

Bootcamp also gave Rachael the chance to meet Lori Haller, the instructor for Graphic Design Success. Since then, the two have remained in touch with Haller serving as both a friend and mentor.

“Bootcamp was the thing that really provided inspiration for me,” she says. “It gave me the chance to see people face to face who I was learning from.”

A Home Office on the Move, from New York to Paris

Since leaving behind those challenging days in the classroom, Rachael has built a thriving business with a trifecta of copywriting, graphic design and research services for a variety of clients.

As her expertise in marketing grew, she started taking on higher level clients who needed help with their lead generation strategy. Today, she works as a marketing consultant, copywriter, scriptwriter, and graphic designer for businesses looking to improve their lead generation strategies. More recently she has taken on the exciting role of video and podcast writer for the award-winning author and keynote speaker Andrew Davis.

She’s been invited to speak on several marketing podcasts and has hosted online trainings. She broke through the 6-figure barrier and is happily looking towards the future.

It’s all a little hard to believe considering, as a substitute teacher, she made $85 to $115 a day. Today, she easily makes that much per hour. In total, her earnings are four times what she collected annually as a teacher – and her income is steadily growing each year.

Just as important, each time she and her husband relocate, Rachael simply packs up her business, along with the boxes, and moves it to a new home office. So far, that’s included Tennessee, Colorado, Washington, D.C. and New York City.

While her husband has since retired from the military, Rachael’s flexibility has remained invaluable as they have moved to follow new adventures and opportunities.

She’s also gets to put in a few hours on vacation, whether at a Paris street café or in a hammock in Aruba.

“My AWAI training and career have been such lifesavers because I haven't had to find a new job every single time we've moved,” she says. “I can just pick up right where I left off in the last state – with no gaps in my income. Plus, I have the freedom to travel and explore the world with my husband. It’s such a fantastic lifestyle. I’ve told many of my friends they should quit their jobs and start their own copywriting business!”

Learn more about the programs that helped open doors for Rachael, including the The FastTrack to Copywriting Success Bootcamp and Job Fair. 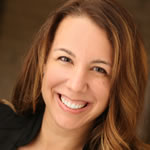 “My AWAI training and career have been such lifesavers because I haven't had to find a new job every single time we've moved. I can just pick up right where I left off in the last state – with no gaps in my income.”

Member:
Rachael Kraft
Location:
New York, NY
Other Careers:
Middle and high school teacher
How She Got Her First Client:
Through email prospecting, she landed research work with other copywriters.
Top AWAI Programs: