In 2012, Susanna Perkins and her husband found themselves in a place they never expected: on the brink of losing their home.

Not long before that, Susanna had held a seemingly secure, full-time job writing reports for a law firm. When the housing crisis and subsequent recession hit, Susanna’s job disappeared overnight and she ran into thick competition in the hunt for something new.

“I applied for 200 positions and got one interview,” she says.

“It was obvious I was not going to find a job. Meanwhile we were scrambling just to come up with the mortgage payment.”

But Susanna turned it around. She identified a major need in the market, and using her writing background and newfound web skills from programs through AWAI, built a business that brought her family back to financial security and allowed them to realize their dream of living abroad.

Over the years, Susanna had applied her English degree as a freelance writer for various publications; she had just never made much money at it. When she lost her job, she was admittedly reluctant to go solo again since finding clients had always been a big hurdle.

For help, she turned to American Writers & Artists Inc. (AWAI), where she took the self-paced, online program, Secrets of Writing High-Performance Business-to-Business Copy. Soon after, a content producer hired her to write articles, but the pay made only a miniscule dent in the family’s bills.

After reaching out to AWAI, she landed a regular gig as a roving reporter for their webinars, as well as writing articles for Wealthy Web Writer. That stability led her and her husband to seriously consider their long-discussed dream of living abroad. In fact, one week before the layoff, she had even started a website called Future Expats.

So … Susanna and her husband used the layoff as the impetus they needed to explore living internationally. She knew she could take her copywriting career anywhere, and they could dramatically cut their expenses abroad. Thus in 2012, the two sold all their possessions, rented their house out and headed down to Panama.

Soon after the move, Susanna took another AWAI program to increase her income. How to Write Your Own Money-Making Websites, taught by Nick Usborne, taught her everything she needed to create, manage, run and monetize a website. But more than that, it sparked an idea.

“How to Write Your Own Money-Making Websites was absolutely a turning point for me,” she says. “Part of Nick’s process is helping you figure out a niche for your money-making website. I realized nobody was helping the non-technical people with WordPress so I decided to fill that huge, gaping hole.”

These days, nearly one third of all websites globally are built on WordPress, but Susanna saw little on the market to help people who are not web developers and designers. Her new site, WordPress Building Blocks (WPBB), would combine her writing skills with her knowledge of WordPress.

With WPBB, Susanna breaks WordPress into digestible pieces for her audience. She shares tips through blogging and her newsletter, and provides one-on-one coaching and consulting. Her instincts laser-precise, Susanna saw business begin pouring in – all while she and her husband enjoyed their Panama lifestyle.

“I started getting tons of work from the website,” she says. “It’s been supporting us ever since.”

Not long after the move, a company reached out to her seeking a staff writer for WordPress topics. Additionally, Susanna joined a team developing a WordPress plugin that would make their suite of business-building tools available for WordPress users.

Starting at a few hours a week, that contract grew quickly. They engaged her for additional projects such as helping write a basic WordPress how-to book. When her workload reached 60-70 hours a week – a strain that began affecting her health – Susanna once again went back to freelancing to better control her workload.

Now, she continues to run her WPBB site, teach and consult. Social media, SEO and her newsletter keep customers coming in.

“After so many years of trying to find work, it’s a relief for clients to simply come to me,” she says. The income from my site allowed us to live very comfortably in Panama, and now we’re back in the States.”

A Former – and Future – Expat

When her in-laws began having health problems, the couple moved back to the States. But Susanna found a new opportunity in her experience of living abroad. As she had focused on WordPress Building Blocks, her other site, Future Expats, sat mostly idle – until November 8, 2016. That’s when the political climate led many people to consider moving out of the States. Traffic on the site spiked 40 percent after the election.

Never one to miss an opportunity, Susanna now plans to re-focus her energy on growing Future Expats, which offers tips on the practicalities of making such a move and finding ways to work abroad. Since she and her husband are now in their 60s, she also sees the site as her transition to something a little closer to retirement – though it seems unlikely this serial entrepreneur will retire completely.

Already, the flexibility of running WordPress Building Blocks allows them to plan extended visits with their grown children in Seattle, Rhode Island and Rochester, NY.

“We’re also considering living abroad again sometime down the road,” she says. “Then I’ll transition to courses and affiliate marketing for more passive income. It’s all possible with the portable income I’ve built thanks to guidance from AWAI.”

Learn more about the program that launched Susanna’s career, AWAI's How to Write Your Own Money-Making Websites. 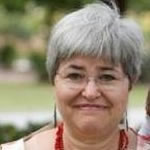 “After so many years of trying to find work, it’s a relief for clients to simply come to me. The income from my site allowed us to live very comfortably in Panama, and now we’re back in the States.”