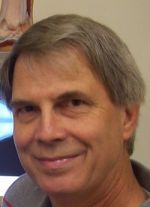 John has been in business for over four decades servicing competitive ice skaters.

In 2000 John began writing a monthly column for U.S. Figure "Skating" magazine. A decade later it finally ended when he decided there was nothing more to cover.

In 2013 John released “Anatomy of a Figure Skating Injury”, detailing the many injuries ice skaters are prone to and how to prevent the same injury from recurring.

In 2014 John released his second book, “What Teenage Drivers Don’t Know, The Unwritten Rules of the Road” which went on to be used in Naperville, IL High Schools.

John has also written and published an "Ice Skaters Equipment Guide" and is now working on his first fiction Sci-Fi novel.

Over the years John has created and written many promotional pieces for business associates and friends.

« Back to the Directory