How to Write a Damn Good Testimonial
By John Carlton 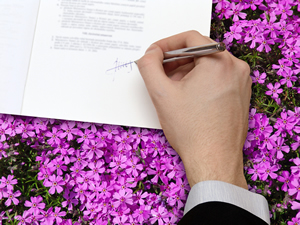 You probably already know that believable testimonials can bolster your credibility and boost sales.

Pithy, hook-laden, interesting, and detailed testimonials work like crazy inside your sales pitch to convince prospects to buy.

However … boring testimonials just put readers to sleep. And can KILL response.

Remember the “4 S’s”: Great testimonials are specific … short … sizzling … and signed. (And avoid the “4 L’s”: Long, lame, lazily-written, and lacking a point.)

I am forever astounded when I see copywriters passively slap dumb testimonials into their pitch. As if just having someone say something nice carries mysterious selling power.

When you are in total control of your advertising, you are also hands-on in the acquisition of testimonials. That means you have at least some interaction with the people willing to give you a good quote … and you help them format it in a way that carries the most water for your pitch.

Don’t be shy. Ecstatic customers want to give you an effective quote. Most aren’t all that articulate, and will welcome a little coaching on how to say what’s on their minds.

When you reach this point … where you can confidently look a satisfied customer in the eye and divine what part of your amazing service/product/business really rang their chimes … it is totally ethical to help them verbalize their feelings.

Including the specific results that brought those feelings of gratitude to the surface.

When you control the way a testimonial is presented, you’re doing everyone a favor – the quotee, the reader, and your own bottom line.

So: What do you ask for in a “controlled” testimonial? Simple. Take all the benefits of your USP … list them … and aim to have at least one testimonial target each benefit.

Let’s say your USP is that you are fast, simple, easy, and cheap.

Okay, then you would ideally want at least four testimonials in your ad.

One would say something like “This is the fastest service I’ve ever had – I really felt taken care of.”

The next: “It was so simple, my four-year-old helped assemble it.”

And the next: “I can’t believe how easy it all is once you know the inside secrets. I would have never discovered any of this on my own – like everyone else, I always thought it was difficult. Well, it isn’t.”

And the last: “Not only was this super-affordable … but, heck, it worked so well it paid for itself the first week. Don’t get ripped off again – this is a genuine bargain.”

All signed by real people in real towns. With photos.

See the power here? The worst kind of testimonial you can have is the incoherent, boring one that goes on and on about nothing relevant. You chase readers away with drivel like that.

Almost as bad are the “rah rah” ones that say “Joe’s the greatest. I really like him.” No convincing going on, no furtherance of the sales pitch.

Ah … but when you intersect testimonials with the benefits of your USP … then you’re really cooking.

Automatically, you are hitting on major sales points with every quote.

No amount of bragging you do can match the enthusiastic “third party” endorsement of a real person … especially when it’s specific and details your USP.

Something happened to spur your testimonial-giver to contact you. However, without understanding the nature of testimonials, they almost always obscure the specifics. They mumble.

That’s why you should be involved. Find out what the writer meant when they said “Thanks – I really enjoyed your product.” It may take a phone call and a little detective work to discover that they just doubled their income using your stuff.

They won’t come up with “money quotes” on their own very often.

They’re not writers, and they’re not marketers. Most folks think all you want is a pat on the back.

But what works best are mini-stories of redemption, unexpected success, and life-changing discoveries.

All boiled down to one or two brisk sentences.

A great copywriter should know how to “translate” vague, uninteresting testimonials into sizzling pieces of sales-enhancing copy.

[Ed. Note: John Carlton has been a top freelance copywriter for over 20 years, working closely with legends like Gary Halbert and Dan Kennedy. He has been a highly respected speaker, coach, and mentor since the Internet hit its peak late last century. He’s been called “the most ripped-off writer on the Web.” You may remember that The Golden Thread did a detailed interview with John in issue #69 (which also “deconstructed” one of his most-copied ads – a notorious piece that Rodale mailed for over 4 years to millions of names). You can find a long, fascinating parade of killer testimonials on John Carlton’s main website: www.marketingrebel.com.]