2017 December From Teacher to Full-Time Copywriter

From Teacher to Full-Time Writer: California Man Finds Fulfillment and Unlimited Potential in His Copywriting Career
By Casey Hibbard 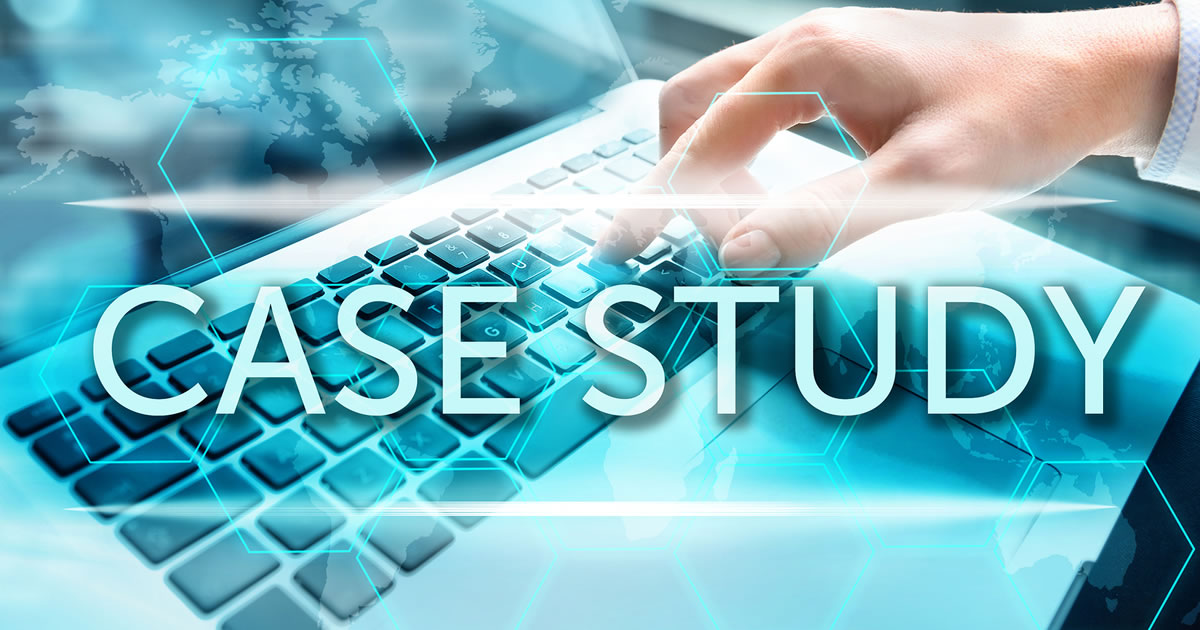 Jeremiah Magone spent five years working on his first novel, a political thriller. As it hit the market in late 2012, he anticipated soon quitting his day job — teaching English in Japan — to write full time.

But unless you’re a top-selling author like Dan Brown or J. K. Rowling, books typically don’t pay the bills.

“After the book was published and didn’t sell, my focus became, ‘How do I write for a living and get paid, so I can keep moving forward with my passion?’” he says.

Beyond lackluster book sales, a number of forces brought Jeremiah to this crossroads. His job offered no opportunity to move up. He had a newborn son at home. And Japan was struggling to recover from the impact of a 9.0 earthquake and the tsunami that followed. 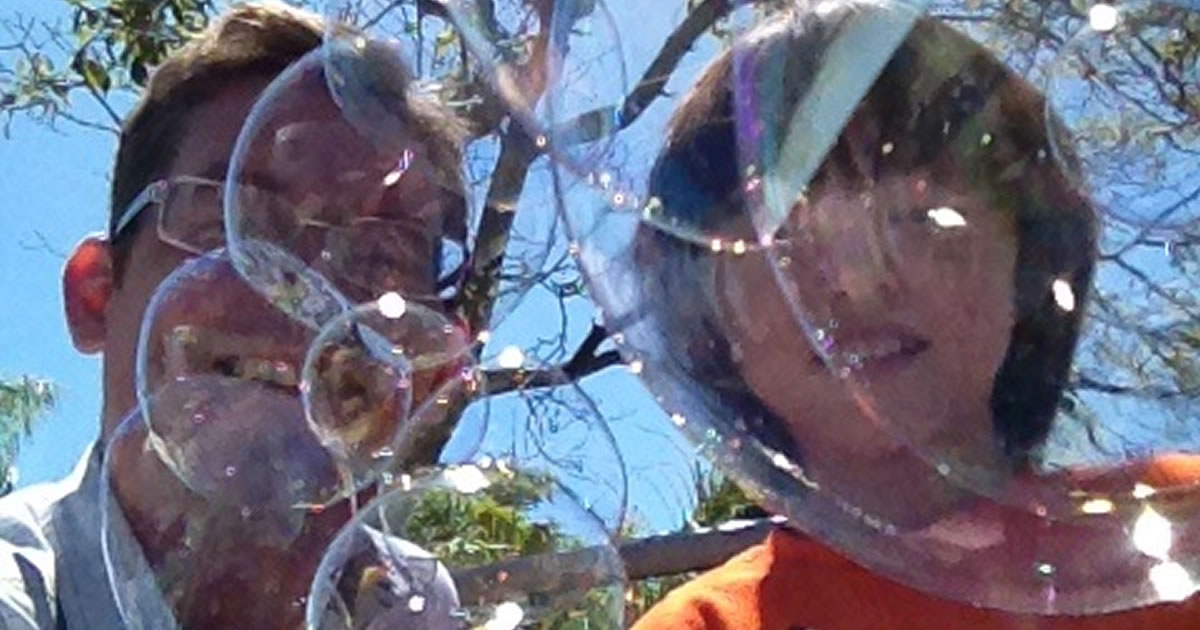 Taking a break between projects with his son, Noah

“We needed a change,” he says. “I couldn’t keep going in my job and we wanted to move to the States so my son could be closer to his Grandma.”

While seeking a mobile career, Jeremiah found the answer in his email inbox. From American Writers & Artists Institute (AWAI), the email introduced the opportunity of copywriting — a field Jeremiah had never heard of before, but it was exactly what he had been looking for. He could write for a living — and do so from anywhere.

“For me, copywriting isn’t about the money,” he says. “The real draw is being able to write every single day and get better and better at being persuasive. The sky’s the limit on how much I can learn … and what opportunities I can take advantage of.”

AWAI, with dozens of programs, offered a clear roadmap to a copywriting career and a link to a world of writers actually earning a living in the field.

While still in Japan, Jeremiah started diligently studying AWAI’s self-paced Accelerated Program for Six-Figure Copywriting. Next, he moved on to The Accelerated Program Live Companion Series, where he learned on a paced schedule with other writers.

To stand out, Jeremiah chose to specialize in an industry niche — hospitality, an area that would tap into his extensive travel experience and fluency in Japanese. Yet when he tried to target Japanese hospitality businesses, he just couldn’t gain momentum. Plus, the small businesses he was contacting didn’t get the value, or have the funds to pay a copywriter. It was almost enough for Jeremiah to give up and look for a job.

“I told my wife, ‘I don’t know if I can do this.’ I was beating my head against the wall,” he says. “But she said, ‘You have to.’ She saw the potential and knew it was what I wanted. She completely trusted in me.”

Fortunately, Jeremiah stuck with it, and soon bagged some wins, thanks to well-timed advice from AWAI instructor Steve Slaunwhite. He chose to shift his hospitality focus from consumer to Business-to-Business (B2B). Instead of targeting companies that sell to consumers, he would reach out to potential clients making products and services for the hospitality industry.

Turns out, the choice paid off. While attending a local meet-up, Jeremiah met the co-founder of a hospitality technology solution, GuestCentric, which helps hotels get more direct bookings. Soon, the two started carpooling to trade shows and talking for hours while on the road. Jeremiah got to know the business and offered some suggestions, which led to a major opportunity.

The business owner soon hired Jeremiah to work part time in sales and lead generation for his company. But through a partnership, he now provides copywriting services such as web copy, email marketing, and content marketing as a freelancer to GuestCentric’s hotel clients.

Through the relationship, Jeremiah’s projects have included a one-year retainer to write Facebook posts for the Wyndham Peachtree Conference Center, and a marketing plan for a hotel in the Bahamas. For all, Jeremiah applies the Agora model of marketing — a copywriting system he says he was fortunate enough to be exposed to and learn about through AWAI — to sell hotel inventory for these clients.

“That’s how I got the big idea of turning the hospitality industry into a direct-response industry,” he says. “It’s an idea that I really do have to give AWAI credit for. The Agora model is exactly what hotels need to put in place to create their own demand, and stop relying on expensive third-parties.”

Bootcamp: The Place to Hire — or be Hired

From the self-paced programs to live events to networking opportunities, Jeremiah finds his investment in AWAI continues to give back. “AWAI is a constant source of help and community,” he says. “Throughout the entire journey, their courses and live events have always guided me to the next phase.”

In 2015, Jeremiah attended AWAI’s FastTrack to Copywriting Success Bootcamp and Job Fair in Delray Beach, Florida for the first time. At the flagship annual event, he joined hundreds of other writers and instructors for learning and networking. “I attended every session and took notes like mad,” he says.

During Mark Ford’s presentation, for example, the explanation of how copywriters have the upper hand in business, that “we’re sitting in the catbird seat,” so to speak, caused a lightbulb to go off. Right then and there, Jeremiah committed himself to coming back to Bootcamp the following year with a new goal: to hire other copywriters for a big opportunity he was working on.

GuestCentric expects to grow its direct response and copywriting services rapidly, and Jeremiah can’t do it all himself. Thus, he headed back to Bootcamp to find more than a dozen writers to form a copywriting team. Following the event, copywriters sent Jeremiah writing samples, enabling him to pick the top candidates. He now has an 18-member Hospitality Copywriting Team.

No Day’s the Same

These days, Jeremiah and his family have settled in San Diego, where he works from home, in front of a bay window facing a lush canyon. Every day, he experiences the writer’s life, with the ability take and pick up his son from school. “I never would have been able to spend this much time with my son,” he says.

He starts writing at 5 a.m. each morning — enthusiastically. And unlike his teaching job, every day brings something new.

Recently, he helped with a live launch for GuestCentric, is writing a second hotel marketing book with his joint venture partners, recently gave a speech to a hotel marketing association in Anaheim and was interviewed by Brian Tracy for his TV show, filmed by Emmy Award-winning producers Nick Nanton and Greg Rollett. “This is completely different from when I had a job. I love what I’m doing,” he says. 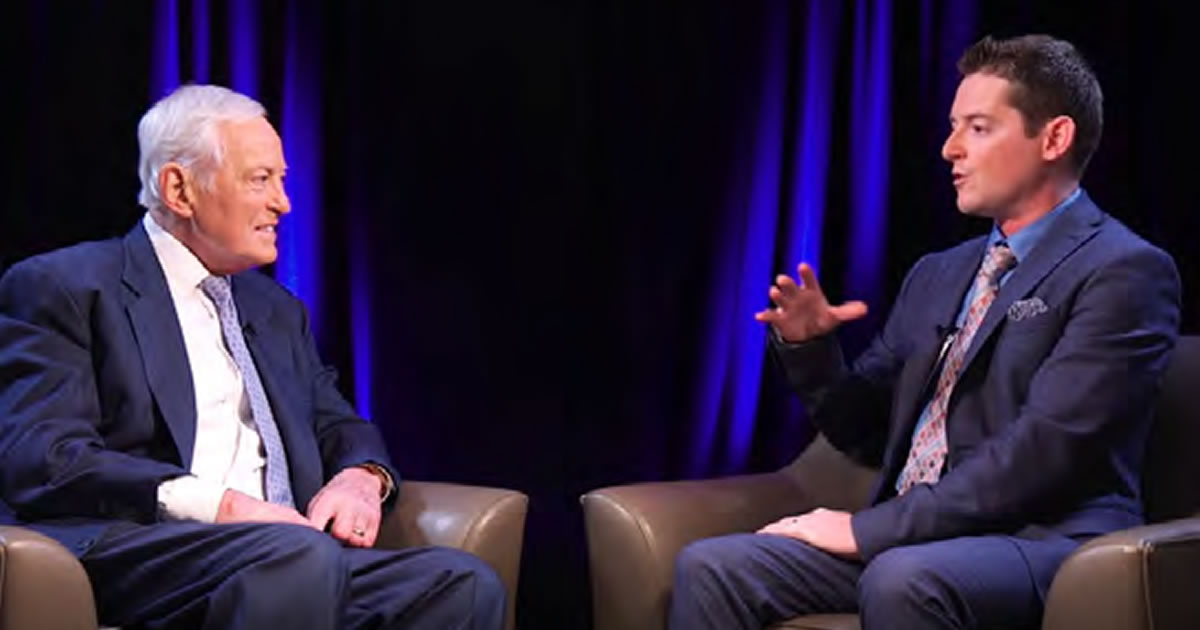 Jeremiah had the opportunity to interview best-selling author and speaker Brian Tracy about how to stay competitive in a crowded market.

The pay isn’t bad either. Last year, he bought his wife a Mercedes for her birthday! But for Jeremiah, the chance to learn and write every day tops it all.

A big reader of Bob Bly’s newsletter, he says, “There’s a quote that Bob uses that really resonates with me. It really describes how much I love what copywriting has given me. And that’s the answer to the question of what would I do if I only had two more years to live … I’d write faster.

"I knew I had 'made it' as a freelancer when my hotel marketing association paid for me to fly over to Florida and stay at the Boca Raton Resort for a three-day conference. While I was there, I jumped over to a meeting with one of my clients, who walked me around their building and introduced me to everyone as 'the outside consultant who is helping us with our rebranding.' That trip showed me that when you’re clear with your purpose, things have a way of lining up — and that’s when I knew I was living life on my own terms.

“Thanks to everyone at AWAI and in my mastermind group for helping me do what I love!” he adds.

What help or guidance do you need to move your freelance writing career forward like Jeremiah? Let us know in the comments below how we can help.