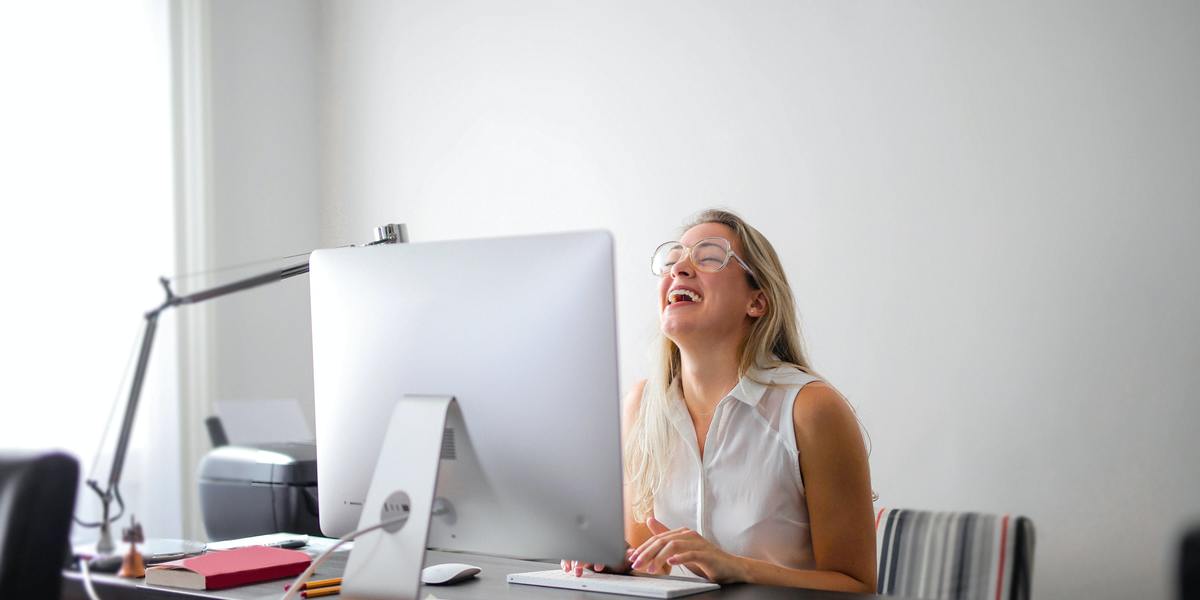 Have you ever interviewed someone?

If so, and if you enjoyed it, you could very well have another line of writing income open to you …

Assuming you can get past the nerves part!

The first time I interviewed Bob Bly ended in an air-punching stampede throughout my home.

And ultimately ruin the interview!

If you’re not familiar with him, Bob Bly is one of the most distinguished writers in our industry. He’s been a successful direct-response copywriter and internet marketer for over four decades now, and he’s authored over 100 books.

He’s also a regular presence at AWAI events, where he generously shares his extensive knowledge of how to succeed as a paid writer in this world.

In fact, I’d rank him right up there with Oprah and Brad Pitt, in terms of industry leaders!

So when I interviewed him that first time for Barefoot Writer magazine, I’d concocted all kinds of fears in my head about everything that might go wrong.

I didn’t want to ask a stupid question …

Or trip over my words …

Or annoy him in any way.

So, angsty and nervous, I shakily made the call.

Bob picked up on the first ring, and you could hear the smile in his voice.

We exchanged pleasantries and launched into my questions. He shared detailed, in-depth advice. We laughed. We went off on tangents.

By the end of the interview, I was smiling as well.

He may be a legend in our industry, but he’s also really, really nice.

And while that wasn’t the last time I got nervous before an interview, it did teach me a valuable lesson:

Focus on the person on the other side of the interview … and let everything else go.

And ALL the interviews have been satisfying, not to mention sources of terrific tips and secrets I’m thrilled to pass on to Barefoot Writer Club members.

Plus, just about all the interviews I’ve ever done have taken surprising turns …

The thing I’ve come to realize about interviews is that no matter what kind of accolades are held by the person on the other end of the line, you’re still talking to a human. And that human has the same kind of worries and hopes that other people do …

That human may very well share the same fears of coming across as a fool in an interview, or of somehow making a bad impression.

I share these stories because I want you to understand just how rewarding and ultimately easy an interview can be.

And as someone who’s pursuing the paid writer’s lifestyle, it’s a good skill to add to your own toolbox.

But armed with some research and a list of pre-thought-out questions, there’s not really anything hard about it, other than overcoming your own nerves and maybe not laughing too loudly at the other person’s jokes.

The other reason you should consider being open to giving interviews is because it unlocks a lot of doors — not to mention new fees — for you as a writer.

For example, you could …

Personally, it’s this last one that tempts me the most …

Can you imagine calling someone up, having a friendly chat with a paper in front of you to guide the conversation, and then basically writing up two pages about your conversation and netting $1,000-$2,500 for it?

That’s what case study writers do, and if I were starting all over again as a copywriter, that’s the specialty I would turn to first.

It’s fun … low-key … and pretty simple, once you understand the basic structure of a case study.

Plus, you get to know really cool people over the course of your projects. And there’s just something about connecting with someone voice-to-voice, as opposed to just email, that elevates them beyond just being another contact.

From your end, you’ll find you are more memorable to them, and that alone could play out in dozens of other door-opening opportunities.

If writing case studies sounds appealing to you, I recommend you take a look at an opportunity to be mentored directly by expert Casey Hibbard. Join the full-immersion experience to help you master this special kind of copy, and in just four weeks, you’ll have the knowledge and skills to become Certified as a Case Study Specialist.

And even if you don’t see yourself focusing on case study writing down the road, I’d still recommend looking at it given how much it’ll teach you about the basics of interviewing — a great skill to have no matter which direction your writing career goes.

Do you have any questions about conducting interviews as an income stream? Share with us in the comments.