One Bootcamp Kicks Off Six-Figure Career in Natural Health Copywriting

A single event. That was all it took for Bill Zoch to launch a new career as a copywriter.

Bill, a business development manager at the time, hadn’t set out to change careers entirely. Rather, he was simply looking for something to do in his spare time – to engage his creativity and maybe earn a little extra money.

Yet when he attended The FastTrack to Copywriting Success Bootcamp and Job Fair, the event went miles beyond his expectations.

“What really got me excited about Bootcamp was the Job Fair,” he recalls. “I printed business cards and went, even though I had never completed a paid copywriting project. Amazingly, a major online health retailer contacted me out of the blue after the event and hired me. That client helped me get to six figures a few years ago, and I’m still writing for them today.”

Just two years before that first Bootcamp, writing was about the last thing Bill would have expected to pursue. At the time, he was in his mid 50s, and had recently started an MBA program in hopes that a new business degree would bump him up a couple of rungs on the corporate ladder. But ironically, what he learned about himself during business school proved more important than accounting or management lessons.

“Some of my professors said, ‘You really have a talent for writing and communications,’” he recalls.

Those comments planted a seed. Thus when Bill had completed his MBA – and gained his nights and weekends back from studying – he looked further into writing programs. “I realized I could really do a lot more with my time than just work my day job,” he says.

A few months after starting the Accelerated Program, he made plans to attend Bootcamp, AWAI’s largest annual event. The fact that it was half an hour down the road from him, in Delray Beach, Florida, made the decision that much easier.

With freshly printed business cards in hand, Bill extended his hand to fellow copywriters, AWAI staff members and instructors, and potential clients – forging relationships that endure more than a decade later. One of those individuals was Joshua Boswell, an established copywriter and AWAI instructor.

“Speaking for two other newbies sitting next to me, I tapped Joshua on the shoulder and said, ‘We’re taking you out to dinner and we’d like to pick your brain,’” Bill says. “After that, Joshua and I worked on some projects together and now we link up for dinner at Bootcamps. He’s helped me more than anybody as far as getting going.”

And soon after returning from the event, he received a call from Mercola.com, a major online health site. They offered him his first-ever project – even without previous work samples.

From Full-Time Job to Six-Figure Freelancing

From that first project with Mercola and each that followed, Bill built his copywriting skills, bolstered by help from the Accelerated Program and Dr. Susan Nickerson, the lead Mercola copywriter at the time. As work with the health site and other clients grew, so did his freelance income.

Meanwhile, Bill maintained his full-time job at Tyco. But about a year after beginning freelancing, his employer closed the engineering lab where he worked. Bill had a choice: Move out of state for similar work, or stay locally and reinvent himself.

“I would have had to pick up my family and move,” he says. “I decided to take the severance package and run, to see if I could make freelancing work full time.”

With more time to spend on his business, Bill’s workload steadily grew until a couple of years into freelancing he reached a six-figure annual income. Bill admits that marketing himself never came easily. Fortunately, attending Bootcamp every year helped him land a continuous stream of work.

“Bootcamp is always a wealth of knowledge and connections, and everyone has a positive attitude,” he says. “I know I can call Katie [Executive Director and Co-Managing Partner at AWAI] tomorrow and she’d help me if I needed something. I can’t say enough about the organization and the people in it.”

Since that first Bootcamp in 2006, Bill has returned faithfully every year. As a member of AWAI’s Circle of Success, he now has free access to the event and all AWAI programs – an investment that has paid for itself dozens of times over.

And 10 years after he first walked into Bootcamp, Bill still writes regularly for the same online health retailer, along with other clients. He’s also added three books to his resume, ghostwritten for various health experts: The Insulin Factor, The Cholesterol Super-Brain, and a third one that hasn’t hit the market yet.

While Bill didn’t set out to focus on the natural health niche, it’s one that fascinates him. With every project, he learns something new.

Now 66 and semi-retired, Bill chooses to take on fewer copywriting projects than before. Yet copywriting remains a flexible source of income, allowing him to travel a few times a year and exercise more.

“I can pick and choose what I want to work on,” he says. “That’s the beauty of it. I can work half the day and fill the rest with whatever I want.”

Ready to pursue the writer’s life? Learn more about the program that helped launch Bill’s career, The FastTrack to Copywriting Success Bootcamp and Job Fair. 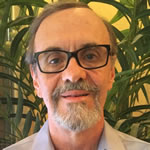 “For my first Bootcamp, I printed business cards and went to the Job Fair, even though I had never completed a paid copywriting project. Amazingly, a major online health retailer contacted me out of the blue after the event and hired me. That client helped me get to six figures a few years ago, and I’m still writing for them today.”