At 13, Chuck Warren dreamed of being a writer.

“I bought a notebook and wrote, ‘Chuck Warren, author’ on the cover,” he recalls. “Then I spent the next 40 years doing everything but.”

In Chuck’s case, that meant building a career he loved as a boat engineer and captain, until health concerns forced him to change course.

“My back was starting to bother me enough I decided it was time to do something different. So, I got out of the boat business and got into computers,” he says.

Even while building a successful IT consulting business, Chuck continued his life on the water running his beloved boats, part time. Ideally, he could find a way to make a living and find the freedom and flexibility to be on the water more – now and into retirement.

“I wanted something I would enjoy doing, be able to do on a boat, and on my own terms, and live the life I wanted,’” he says. “And so I thought, ‘Well, writing will mesh into that.’”

“Do Something Else. It’s Too Hard”

Chuck took the first steps toward a writing career, but it nearly ended before it began. After attending a writer’s conference, Chuck emailed one of the “expert” panelists for advice.

“I said, ‘Hey, remember me? I met you at the conference. Maybe you could give me some advice or at least point me in the right direction.’” What happened next almost scuttled his dream on the spot.

“He sent me an eight-word reply: ‘Don’t bother, do something else. It’s too hard.’”

Even with his writing career gaining momentum, he knew he was a long way from making a living at it.

“I realized that if I was going to make any money,” he remembers, “I needed to look to something different.”

He found that “something different” when an envelope arrived in his mailbox from American Writers & Artists Institute (AWAI) – introducing him to the world of copywriting.

“When I started out … I had no idea what I was doing,” Chuck recalls. “I really just took a shot in the dark and I didn’t even realize there was a difference between copywriting and writing for a magazine.”

But Chuck learned quickly – investing in The Accelerated Program for Six-Figure Copywriting from AWAI to help kickstart his writing business.

There was just one problem.

“I didn’t know what to offer or how to approach clients,” he recalls. “I just wasn’t ready,” he says. “I didn’t have the self-confidence to dive in and get things going. I was taking classes and trying to learn and kept telling myself, learn one more thing, you’re almost there.”

The real game-changer came when Chuck headed to his first AWAI FastTrack to Copywriting Success Bootcamp and Job Fair. “Before Bootcamp, I was a writer who was thinking about copy,” he says. “And after Bootcamp, I was a copywriter who happens to write articles.”

That simple, but profound shift in thinking supercharged his success.

“I’ve gotten much more deliberate about who and when and where I approach people. Now I’m saying, ‘Hey, I’m a copywriter. How can I help with your business?’” he says. “That’s been much more productive.”

Chuck still works as an IT consultant, but the percentage of his total income earned from that is quickly losing ground to his copywriting. Right now, he says, they’re about fifty-fifty.

“It’s tipping further. It was a slow tip and now it’s picking up speed,” Chuck says. “I would like to be a full-time writer within two years. I think it’s going to happen before that to be honest.”

Well on his way to achieving financial freedom, Chuck’s training through AWAI also affords him the freedom to follow where his interests lead.

“I’m writing for eight or nine different clients at this point,” he says. “Including a dog trainer, one of the biggest home builders in the Midwest, even a divorce lawyer. You name it, I’m writing for that industry.”

Living One Dream – And Chasing the Next

With nothing but a notebook, a 13-year old boy wished to be a writer. Now, better late than never, Chuck Warren is making that wish come true.

His future now on track, Chuck turns his attention to the next item on his wish list.

“My ultimate goal is to do something not a lot of people have done,” he says. “And that’s something called The Great Loop, which is taking a boat from here, Lake Michigan, and going down the Mississippi, up the east coast, across the Saint Lawrence or through the Erie Canal and back here.”

It’s a journey that could take a year and a half. And he sees copywriting as the way to get there.

“Copywriting is a career I can do from anywhere, make good money and be able to continue on the path that I really set up for myself,” he says.

But Chuck will never forget those discouraging eight words, and just how close he came to losing his dream.

“I almost listened,” he says. “I almost bailed out and just gave up on the whole writing thing. I’m really glad I didn’t!”

Learn more about the event that supercharged Chuck’s career, The FastTrack to Copywriting Success Bootcamp and Job Fair. 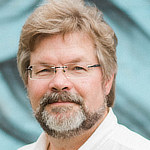 “Copywriting is a career I can do from anywhere, make good money and be able to continue on the path that I really set up for myself.”

Member:
Chuck Warren
Location:
Holland, MI
Other Careers:
IT Professional, Boat Captain/Engineer
How they got their first paid assignment:
Chuck submitted an article about the transition from saltwater boating to freshwater for a regional magazine.
Top AWAI Programs: