Nurse-Turned-Copywriter Finds the Flexibility to Care for Family

For more than three decades, she worked as a registered nurse in labor and delivery, post-partum, and newborn care. At the end of her nursing career, she supervised a team of nurses and clinics throughout east Texas to provide life-saving injections for premature babies.

But throughout the years, the health demands of her own family have often made it impossible to work a normal job. While every family faces medical challenges at some point, Cyndee has encountered more than her fair share. She cared for her son through mental illness, tended to her mother through cancer, and has stood by her daughter’s side through serious complications from type I diabetes.

Yet the bills don’t stop when family emergencies arise. If anything, they increase.

“Over a period of a few years, three people in my family were severely ill,” she says. “I couldn’t possibly have worked at a traditional job through all that.”

A Leap of Faith – into Copywriting

Thus when Cyndee lost her job in 2008 – as a result of the recession – she actually felt relief: now she could focus on her son, Jeremy, who needed around-the-clock supervision. Yet, she needed an income.

While researching at-home careers for his mother, Jeremy found American Writers & Artists Institute (AWAI). Soon Cyndee received an email from AWAI asking, “Can You Write a Letter Like This One?” That’s when she knew she had found her new career.

“I thought, ‘Boy, can I write letters!’” she recalls. “I've written billions of them … to my kids, to my friends, the list just goes on. Usually my letters are 20 pages or more! People tease me – and I laugh at myself – but lots of relationship knots have gotten untangled as a result.”

But Cyndee remained skeptical. Could she really earn a good living with copywriting, and was AWAI the right organization to help her do that?

“Initially it sounded too good to be true that copywriting would fulfill my life-long desire to be a writer,” she says. “I kept researching and reading. It was a tough decision to go freelance without a guaranteed income, so I found a job similar to my old one, but for more money. I had the offer in hand – then decided it was now or never and turned down the job. I immediately ordered AWAI’s Accelerated Program for Six-Figure Copywriting.”

Once she had completed the Accelerated Program, she was ready to write, but where were the clients? “In my naïve mind, I thought people would start ringing the doorbell, so I was shocked when two months went by and no one did,” she says.

Reaching out to her contacts, as AWAI suggested, Cyndee soon secured a coveted first project writing a video script for a former employer. The only problem was, she had never written one before.

While at AWAI’s Web Intensive, Cyndee talked with fellow copywriter and speaker Pam Foster, who jotted down a rough outline of a video script on a napkin. With that, Cyndee tackled the project with greater confidence. Soon after, she wrote website copy for a school and a relative’s business.

Whatever skills and know-how she needed, Cyndee found it in AWAI, particularly with membership in Circle of Success (COS). With COS, she gained access to all AWAI programs.

Over the next year, she and her son planned to take advantage of the live-anywhere lifestyle of freelance copywriting – in Costa Rica. But before the move, Jeremy sadly passed away from complications of his illness.

In Jeremy’s honor, Cyndee headed to Costa Rica. “I took my laptop with me and did my client work,” she says. “I went back another three times, and worked each time.”

Cyndee might have moved to Costa Rica, if not for a new medical crisis: her mother’s cancer diagnosis. While taking care of her, Cyndee continued studying copywriting and serving clients.

Finding Meaning in a Healthcare Niche

Cyndee experimented with a couple of industry niches, including chocolate, and restaurant and catering services. Then, she decided to pursue oilfield services – a prolific industry in Texas. However, while she was marketing oilfield copywriting, and doing small projects, opportunities emerged in what she knows best: healthcare, and mental health in particular. “I recognized that the most intuitive and untapped niche for me at the time was mental health,” she says.

She joined LinkedIn groups with mental health professionals and networked among her contacts. As clients starting ringing her “doorbell,” her daughter needed more care. Meanwhile through Facebook, fellow AWAI member Scott Jones reached out to Cyndee. Both had experience in the oilfield services niche, leading them to join forces for those types of projects.

With all these niches supported by SEO website marketing, Cyndee could continue earning an income with copywriting while caring for her daughter at home, or at the hospital.

These days, Cyndee writes direct response copy for leading healthcare companies, including players in nutraceuticals and alternative health such as Barton Publishing, Common Sense Health, and Magceutics. She even wrote her first control. Her first official direct response video sales letter was about reversing diabetes, a subject she knows intimately. And she’s writing content for a psychiatrist with a life-changing approach to mental health, which makes the job all the more meaningful. Her next project is for a multiple sclerosis program, a very personal subject again, because of her sister’s 25 years with M.S.

“I’m fascinated by the science,” she says. “Turning the information into layman’s terms and igniting passion and hope in the reader is really exciting for me. For me, it’s more of a mission and a calling than a job, letting people know about things that can improve or save their lives. I can’t imagine a better or more fulfilling thing to do with my life.”

An Income – and the Freedom to Care for Family

At 62, Cyndee has no plans to stop writing anytime soon. She earns a healthy living while caring for her daughter.

“In the last year and a half, my daughter has been in the hospital about 25 times and I was still able to serve my clients,” she says. “I can’t tell you how often I’ve sat in the ER pounding away at the keys. I’m thankful for AWAI, and this career, for allowing me to do that.” 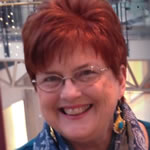 “In the last year and a half, my daughter has been in the hospital about 25 times and I was still able to serve my clients. I can’t tell you how often I’ve sat in the ER pounding away at the keys. I’m thankful for AWAI, and this career, for allowing me to do that.”

Member:
Cyndee Davis
Location:
Dallas, Texas
Other Careers:
Nursing
How He Got His First Client:
Cyndee landed a project writing a video script for a former employer.
Top AWAI Programs: