By day, Jon Stoltzfus works as an aerospace engineer at a software company in State College, Penn. Nights and weekends, he moonlights as a copywriter for some of the top financial newsletters – clearing more than $100,000 a year from writing projects.

With a side career that pays more than his full-time job, Jon’s ready for whatever comes his way – and is rapidly padding those retirement and college accounts in preparation for an early retirement.

What’s even more impressive, Jon reached this point just 18 months after landing his very first copywriting client – all due to hard work and a dedication to making copywriting viable.

How does a rocket scientist end up as a copywriter? Like most of us, Jon struggled through a number of frustrating career ups and downs. And at times, the demands of the defense industry required him to put in 80-hour weeks.

“It was very taxing and I started to realize that maybe I just didn’t enjoy engineering as much anymore,” he says. “What can I do from home on the side to make money and learn a new career?”

Copywriting, surprisingly, emerged as the answer. Jon had always enjoyed writing, even winning a creative writing award in high school. And more recently, colleagues often tapped him to write presentations and reports.

An avid reader of financial newsletters, Jon noticed that copywriting ads repeatedly caught his eye. “Something popped up from AWAI [American Writers & Artists Institute], and at some point, the light bulb went off that all the ads I’m responding to were copywriting,” he recalls.

Jon took the first step and invested in AWAI’s Accelerated Program for Six-Figure Copywriting. Yet after beginning the program he became sidetracked by long hours at his day job and then several job changes. Finally, a layoff proved to be a true motivator.

“I thought, ‘I don’t want to be stuck like this ever again.’”

After landing a new engineering job with flexible hours, he again turned to the Accelerated Program. As he considered his niche, the path was clear: the financial industry. A longtime personal investor, Jon knew the products, investment methods, promos, and prospects well.

It only made sense that one of Jon’s first writing programs focused on the financial niche, AWAI’s Secrets of Writing Blockbuster Financial Market Controls. Through this program Jon also received a bonus mentoring opportunity with AWAI co-founder and top financial copywriter Paul Hollingshead.

Next, Jon signed up for AWAI’s 2014 FastTrack to Success Bootcamp and Job Fair. An annual event, Bootcamp brings together new and veteran copywriters, as well as prospective clients, for three days of intense learning and networking.

Despite his introverted nature, Jon made a list of people to meet, copywriters and marketers he’d seen through promotions. “I made a commitment the day I signed up to get as much out of it as I could,” he says. “I made sure I got out there and introduced myself to people.”

Jon responded to Copy Challenges posed by some of the dozens of companies exhibiting at Job Fair. Turns out, consuming all those financial newsletters gave him an edge. Not long after Bootcamp, Jon learned he had won the challenge for Eagle Financial Publications, and a $500 prize.

“Bootcamp was a defining moment for me,” Jon says. “I won a spec [Copy Challenge] and that client sent me to another AWAI event where I met my second client. “Everything just cascaded from there. Quite literally the first spec assignment I did has directly led to every contract since.”

From there, Eagle engaged him for a sales letter – Jon’s first paid promotion as a copywriter – which became the new “control,” the high benchmark against which all future letters were measured.

But it was Jon’s ability to nurture relationships that netted just as big a gain. At that first Bootcamp, he met a contact at Wyatt Research. And though he did not win the Copy Challenge for Wyatt, he remained in touch through quarterly emails with progress updates and links to promotions he had written. That persistence paid off when Jon heard from Dent Research, where the Wyatt contact now works, about an opportunity.

“It’s a great example of what a spec [Copy Challenge] can do for you – even if you don’t win!” Jon says.

He still works 80 hours a week, half in engineering and half in copywriting. Jon typically writes first thing in the morning, and then after 8 p.m. and on weekends. Flexibility with his day job allows him to make occasional daytime calls.

It’s not easy to juggle, but Jon finds the work, and keeping up with financial industry publications, truly rewarding – something his wife and three daughters have noticed.

“My wife said, ‘I’m OK with it because all the girls comment how much happier you are,’” Jon says.

Why not quit his day job? He likely will, someday. For now, Jon remains content as he builds a cushion for any ups and downs.

“Having been laid off I’m possibly more careful than others because I don’t want to be in a position of wondering if I have enough emergency income,” Jon says. “I want to make sure I have the emergency funds I didn’t have 2½ years ago, and be in a place of stability before I make that transition.

“I will at some point retire early from engineering and make copywriting my full-time early retirement career,” Jon adds. “That’s something that excites me and motivates me every day. I have a future I’m more optimistic about and that I look forward to more than I ever did before.”

Ready to pursue the writer’s life? Learn more about the program that launched Jon’s career, The Copywriting Success and Getting Clients Bootcamp. 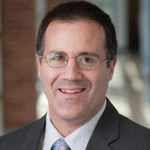 “I will at some point retire early from engineering and make copywriting my full-time early retirement career. That’s something that excites me and motivates me every day. I have a future I’m more optimistic about and that I look forward to more than I ever did before.”