For some, it’s a bad boss that pushes them to look for a new opportunity. Or a long commute. Or unfulfilling work. For Mindy McHorse, it was all three – not to mention the two Cavalier King Charles spaniel puppies that really required a stay-at-home parent.

That was 2007. Mindy held a cushy job at a university health sciences center in Albuquerque. She was ready for a change, but didn’t know where to go next.

“I had an excellent salary, with benefits, in a management position, but really I just made a bunch of fancy spreadsheets. It wasn’t something I was passionate about,” she said.

The answer landed in her mailbox. One day, she received a magazine from American Writers & Artists Institute (AWAI) promoting the organization’s Accelerated Program for Six-Figure Copywriting. The teaser caught her eye: “Retire this year and make more money than most doctors and lawyers.”

Mindy had always enjoyed writing; in fact, writing was the best part of her 90-page master’s thesis. But making a living writing – a good one for that matter – wasn’t something she thought was possible.

“A career in copywriting seemed too good to be true. I’d always enjoyed writing but didn’t think I could make money at it,” she said.

As the grind of her job continued, she found herself turning back to that AWAI magazine. She took it a step further, searching online for more information about some of AWAI’s featured writers and learned they were real freelance copywriters.

Mindy took the next step, bought the accelerated program and dedicated herself to getting up an hour early each day to work on it. Meanwhile, she applied for new jobs in management, but nothing came through.

She took her lack of job offers as a sign. “I reached my limit with my boss at the time and said, ‘I’m going to be a writer. I’m going to do this and it’s going to happen.’”

Mindy abruptly quit her day job and called herself a copywriter, before even finishing the accelerated program. She didn’t necessarily have all the skills and knowledge she needed yet. But she had something even more valuable: the belief that it was possible to earn a living as a copywriter. She also worked hard – really hard.

Things moved slowly as Mindy figured out how to find clients. But her investment in the accelerated program, along with AWAI’s Circle of Success, helped her get there. Circle of Success gave her lifetime access to all programs and events, including the popular annual FastTrack to Copywriting Success Bootcamp and Job Fair. The three-day intensive, which includes a Job Fair exclusively for attendees, has launched hundreds of copywriting careers over the years.

“AWAI’s Circle of Success was a no-brainer because it meant I could have all the programs,” she said. “It meant I’d never again have to worry about where to invest my money to advance my writing career. I made a single, relatively small, one-time investment, and I’m still reaping the benefits seven years later. And I’ll continue to get those continuing-education benefits, all for free, for the rest of my life.”

Then the breakthrough in her new career. In a span of two weeks, she landed three clients.

She told people she knew what she was doing and a friend of a friend hired her to write web copy and a report for a consulting business. Through AWAI’s online job site, DirectResponseJobs.com, she landed an assignment writing regular editorial content for a large affiliate marketing company. To top it off, she snagged a spec assignment for AWAI’s travel division at the Bootcamp Job Fair.

The next year, Mindy again attended Bootcamp and took another chance. In a meeting with AWAI’s president, Rebecca Matter, she pitched the idea of chronicling her journey to six figures in a reality blog. Rebecca loved the idea and over the course of 2010 Mindy candidly shared the many “bumps and grumps” of pursuing her goal.

On December 30, at $98,000 for the year, it looked like she’d fall painfully short. Most clients, including AWAI, were out of the office for the holidays. But one regular client was working then and called Mindy with another project that put her across the six-figure finish line.

“I almost thought it wasn’t going to happen,” she said. “I believe I was so successful that year because I made that very public goal and it forced me to put myself out there doing things I was totally uncomfortable doing. I went for projects and offered ideas that I may not have been motivated to do otherwise.”

She knew she’d really made it when she could search online for copy from past client projects and find dozens of websites that showcased her work.

Now Mindy works with several longstanding clients writing direct-response copy, emails, auto-responders, e-newsletters and e-books, as well as providing acquisition consulting to clients. She’s also working on her own independent projects, including the launch of two websites and an e-book.

Ultimately, she’s in control. She recently parted ways with a challenging client, knowing that there are always more opportunities out there.

Once interested in becoming a doctor, Mindy has merged copywriting with her interest in health by writing for an alternative medicine publication. She’s also now the editor of AWAI’s monthly magazine, Barefoot Writer.

Early on, Mindy defined success largely by the numbers, making as much or more than she did in her previous job. She also enjoyed the flexibility of working outside 9-5 so she could match her schedule with her husband’s irregular work hours.

But her definition of success has changed over the years – especially since she now has three young children (and three dogs). She continues making a good living writing a few hours a day.

Learn more about the program that kicked off Mindy’s career,
The Accelerated Program for Six-Figure Copywriting. 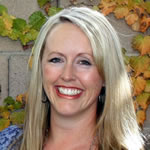 “AWAI is my American Idol. They put me on the stage and gave me everything I needed to go live as a career-writer. Without them, I may not have discovered copywriting. They have taught me not only the skills but have offered support throughout the years with programs, events and a whole network of other writers. They’re genuinely interested in helping people succeed at writing for a living.”

Member:
Mindy McHorse
Location:
Alb, New Mexico
Former Career:
Manager at a university health sciences center
How She Got Her First Client:
Mindy landed three clients at once: web writing for a friend of a friend, recurring work through an online jobs site and a spec assignment at AWAI’s FastTrack to Copywriting Success Bootcamp and Job Fair.
Top AWAI Programs: