By virtually any definition of success, Ralph McGinnis had found it.

Living in North Carolina with a wife and a growing family, the self-avowed “techie” worked as an engineering manager doing work he enjoyed and making good money.

But success often comes with a price. Demands on his time began to grow.

His company wanted him to travel, invest in higher education and do more. Valuing time with his family, Ralph didn’t want to be sucked into the corporate world of job-before- everything-else.

“The company just wanted more and more time and commitment,” Ralph says. “I was a new father with one baby and another on the way. As a family man, I wanted time with my kids and my wife.”

For a while, Ralph ran his own property preservation company to take care of foreclosed homes. And, while it brought in a six-figure income, he had no real passion for the work.

Website work, however, called to him. He began to dip his toe in those waters on the side with some opportunities provided by friends. Eventually, he earned a job with a company as a client manager where he wrote social media posts, edited articles and provided monthly reports to the various clients.

Over time, his satisfaction with the company waned. He found himself editing the articles more and more because they were just not up to par. He was even asked to do some things that felt unethical. Eventually, the company went out of business.

Ralph still had connections to the clients he had worked with, and one of those clients in pipeline work wanted to continue their work together. Needing content, Ralph began writing articles himself. He had never done that before and wasn’t pleased with the product. It became clear: he had to improve.

“I needed to up my game,” he says. “I needed my articles to be top-notch.”

Investing in Himself Through AWAI

He finally decided to take the plunge with a starter program, and what he saw and learned propelled him forward. He tackled The Accelerated Program for Six-Figure Copywriting and quickly invested in AWAI’s Circle of Success (COS).

One of the many benefits of COS is access to AWAI’s entire library of courses and resources, and he found the wealth of knowledge extremely valuable.

“It was (and still is) important to me to build my skill set in an organized way,” he says. “AWAI always picks industry leaders to teach the courses. I know when I take an AWAI course, that I’m getting solid information.”

As his list of clients grew, he learned that they all had different needs. If a client asked him to provide a type of copywriting beyond his experience, he was able to consult the COS library and grab the skills to bring him up to speed and offer clients what they wanted.

His clients have noticed that dedication to continuous learning.

“One of my clients told his management team, ‘I like to use Ralph,’” he says. “‘One of the reasons is because he invests in himself, and he’s always building his skill set.’ So that’s a selling point to me. I’m not just content with where I’m at. I’m always trying to improve.”

Before investing in training from AWAI, Ralph improved his skill set largely through research on his own. He learned one thing from one person he read, and something else from another, but picking up information that way felt very “scattered” to him, and he realizes now that in some cases what was offered was not the best methodology.

He sees a much greater worth in his training through AWAI.

Since diving into AWAI’s programs, he has earned six different verifications, including SEO Copywriting Specialist and Email Marketing Specialist. The variety of programs he’s taken makes him a more rounded copywriter, and he knows that’s valuable to his clients because he can offer them a number of services.

Confidence and credibility are two other things he’s gained. Confidence that he knows what he’s doing and can “up the product” that he provides. Credibility that prospective clients can see with the AWAI badges he’s earned and the writing samples he’s created.

Success With Freedom and Flexibility

Today, Ralph enjoys the writer’s life. He pulls in a six-figure income once again, but he does it with the freedom and flexibility that his copywriting life affords him.

He and his wife now have three children, and he loves the ability to spend time with them and eat three meals a day together.

A typical day will see him get up early, work for a couple of hours, take a break, and then work for a couple more hours. Depending on their schedule, break time may even include some board games or soccer with the kids, who are home-schooled.

Once, when an elderly family friend could not be reached, Ralph’s flexible work schedule allowed him to check on her.

“If you work for a company, you may or may not be able to just stop for whatever priority in your personal life comes up,” he says. “With copywriting, you can. You can do what you want to, when you want to.”

Learn more about the program that launched Ralphs’s career, The Accelerated Program for Six-Figure Copywriting. 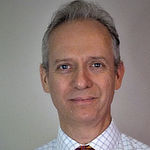 “If you work for a company, you may or may not be able to just stop for whatever priority in your personal life comes up. With copywriting, you can. You can do what you want to, when you want to.”