In her 30s, in the thick of raising three kids, homeschooling, and caring for her ailing mother, Sherri Caldwell set her graduate school education on the shelf. A decade later, with her children preparing to go out on their own, she was ready to dust off those dreams and pursue a new career.

“I really needed to figure out what I was going to do when my kids were off on their own adventures,” she says.

The longtime book-lover had always followed literary pursuits, writing articles, book reviews and even a humorous book on parenting, The Rebel Housewife Rules: To Heck with Domestic Bliss. While she cared for her family, she kept up her writing skills by blogging from the trenches as The Rebel Housewife.

Yet the challenge had always been, how could she make writing pay? She would tell you she was a nonprofit writer for many years– as in a writer who made no profit.

A Path to Writing – for Pay!

One day in 2015, Sherri stumbled onto a video of Mindy McHorse, editor of The Barefoot Writer magazine. In it, Mindy shared the details of her life – how she makes a full-time income working from home as a copywriter.

Sherri saw herself, or what she could be, in Mindy’s story. Like Mindy, Sherri had three children and had always wanted a writing career. And through programs from AWAI, she wouldn’t have to endure years of schooling and high tuition costs to achieve it.

“I had never keyed in on copywriting as an opportunity before,” Sherri says. “The draw was being able to make money doing something I love. I had not been able to figure out how to make money in my second career, and the fact that I could do so with writing made it a perfect fit.”

Sherri joined The Barefoot Writer Club, and soon after, started AWAI’s Accelerated Program for Six-Figure Copywriting. All in, she also booked a trip to The FastTrack to Copywriting Success 2015 Bootcamp & Job Fair, an intensive, three-day learning and networking event.

But in signing up for Bootcamp, she made a resolution: she was determined to win a Bootcamp “Spec Challenge” to pay for it. In Spec Challenges, writers produce copy for specific requests and clients, and the best wins the job – and payment for their work.

Wide-eyed and excited, Sherri arrived at Bootcamp. She introduced herself to writers she recognized from AWAI webinars or articles, and got to know both new and more experienced copywriters. Those connections formed the basis of lasting friendships she depends on today for peer review, encouragement and support.

On the last day, Sherri nervously waited to hear the Spec Challenge winners. Her hard work – writing for six challenges – resulted in a win and her first paid gig as a copywriter.

“I went up to get my $1000 check and was all shaky,” she recalls. “I texted a picture of the check to my husband, and when I got home, my birthday cake said, ‘Happy Birthday Copywriter.’”

At Bootcamp, she immediately reinvested her winnings to join AWAI’s Circle of Success (COS), giving her access to all AWAI programs and entry to two future Bootcamps.

Boosting Her Income by 12X

Following Bootcamp, Sherri returned to homeschooling her youngest son, who has Asperger’s Syndrome – and schooling herself in copywriting. A few months later, she joined Joshua Boswell’s Getting Clients Roadmap, where she refined her branding and marketing, and most importantly, learned how to find clients. She updated her LinkedIn profile to reflect her copywriting focus: lifestyle, travel and tourism.

Then, she put herself out there. She networked, approached prospective clients, and sent writing samples. She landed projects for The Barefoot Writer, Wealthy Web Writer, and other clients through Ebyline.com.

Then, just 18 months after beginning her copywriting training, her ideal project came along. Shortly before the holidays in 2016, Sherri learned of an opportunity in a networking group of women copywriters on Facebook. A marketing director needed a copywriter to help promote a women’s intimate skincare product. Sherri responded, sent a sample article, and soon connected with the marketing contact via phone. “I felt an instant connection with her,” she says.

After finalizing the details of the contract, Sherri secured a coveted retainer with the company to write three newsletter articles every week along with other promotional materials. Not only did the work align exactly with Sherri’s past experience, it pays well too.

The annual pay happens to be exactly the amount she had written down as her income goal for 2017. Every month, she earns as much as she brought in the entire year in 2016, and has the opportunity to earn commission for sales that stem from the newsletter.

“Last week, Khloe Kardashian mentioned our product on her blog, and boom, I made an extra $300 to write the marketing blog response/news item for the company's website!” she says.

Earning as She Learns

With her new income, Sherri’s family can pay off debt, help their kids with college, and even take the entire family to Hawaii this year. That’s where they plan to meet up with Sherri’s oldest son, currently stationed overseas in the U.S. Navy.

The ability to make a meaningful income in a field she loves is still hard for her to believe. “The first month’s check I received was for more than I made the entire year before. It’s like a Cinderella story!” she says. “Earning as I learn from AWAI, I’m now making a full-time income years sooner than I would if I had gone back to grad school as planned. It’s pretty miraculous.” 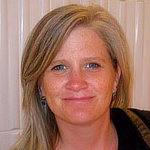 “The first month’s check I received was for more than I made the entire year before. It’s like a Cinderella story! Earning as I learn from AWAI, I’m now making a full-time income years sooner than I would if I had gone back to grad school as planned. It’s pretty miraculous.”