One morning in 2007, Steve Coombes was rushing out for a job interview and was running late. His son, Elijah, waited at the door for a good-bye hug.

“I gave him one of those side hugs as I was walking out, and I’ll never forget his face. He looked like he was going to cry. His older brother said, ‘Daddy doesn’t have time to give you a hug right now.’ That was the moment when I thought, I have got to do something else.”

On the one-hour drive, all he could think about was that moment. It just wasn’t worth it. The information technology job he interviewed for would have added roughly $1000 more a year to his family’s income, most of which would be eaten up by two hours of commuting each day.

The Big Break – at Bootcamp

Steve had always wanted to run his own business. He had tried a few ventures in the past but none were the right fit.

When he came across American Writers & Artists Institute (AWAI), he found he couldn’t stop thinking about copywriting. But with a wife and six children at home, he couldn’t make the jump from a regular paycheck to a copywriting business without a running start.

Steve took his first step toward a copywriting career by investing in AWAI’s Accelerated Program for Six-Figure Copywriting program. When a letter arrived about AWAI’s Circle of Success membership – offering access to all AWAI programs – it made perfect sense to Steve, but he had to make the case to his wife as well.

“We didn’t have money to spare,” he said. “I handwrote a two-page letter to her saying, ‘I really want to do this. I’m going to make every penny back that I invest in this program.’”

Landing on His Feet After a Layoff

While still working full-time as a quality assurance analyst, he began calling himself a copywriter. The first assignment came from a family friend who needed website copy, which Steve wrote for free. He used that work sample to pitch his services to another friend who also needed a website, and got his first copywriting paycheck.

But Steve’s big break came after he attended his first AWAI FastTrack to Success Copywriting Bootcamp. There, he wrote a spec sales letter for The Healthy Back Institute. Unfortunately the company had already hired a writer, but Steve remained persistent. A few weeks later, he inquired again and they engaged him for a new assignment.

Steve planned to build his business steadily and then quit his job. But things didn’t go as planned. In mid-2009, he got the news that he was laid off. With a plan in place and experience under his belt, he knew he was ready to be a copywriter.

“I drove home with a smile on my face,” he said. “It was a tough financial hit, but I was going to make it work.”

Thriving in the Survival Market

But half of Steve’s work comes from an area in which he has a personal passion: the survival and preparedness market. Steve grew up in a military family and served in the U.S. Army. He learned to live off the family’s backyard garden as a child. As an adult, he’s been dedicated to ensuring his family is prepared in the event of a disaster.

At an AWAI Bootcamp event, Steve had a serendipitous conversation with another writer who wrote for one of Steve’s favorite emergency preparedness ezines. Could he make money writing about something he was passionate about? Turns out, the answer was yes.

“It was like a light bulb came on. I came home from Bootcamp and immediately began promoting myself in the preparedness and survival niche,” he said.

He launched a website just for that niche, preparedcopy.com. Now he’s #1 in search engine rankings for his specialty and speaks as an expert at events. He’s also writing a book about preparedness – a project he has time for because he’s not at a full-time job all day.

How did Steve go from a job in information technology to a copywriting business without previous writing experience? He committed to building his skills.

Circle of Success gave him the education and inspiration to move forward. Bootcamp introduced him to writers taking the same path.

“The biggest piece in my copywriting career was making the connection with other working copywriters at Bootcamp,” he said. “That was a major help to me. I can’t even express how major that was to have a personal support network.”

Steve’s only regret? Not going to Bootcamp sooner. The event not only connected Steve with other writers, but also with larger clients.

“When I went to Bootcamp, it was like a rocket. I literally took off in this business and I have not slowed down at all.”

When the Weather’s Good, Hit the Beach!

When Steve left his IT job, he just wanted to make enough money to provide a comfortable life for his family and spend more time with them. These days, he’s met and exceeded that definition of success. His copywriting income more than supports his family and he has extra money to contribute to his church.

Most importantly, he sets his own schedule, which now includes plenty of family time. His business, combined with homeschooling their children, made it possible for them to extend their Thanksgiving vacation in Florida by a couple of weeks – without having to ask anyone else for permission. The entire family also spent six months in Florida when his wife’s mother battled cancer.

Yet most of the time, flexibility means fun.

“When I want to take time off with my family I can do it. On Monday, the forecast for the next day looked good so I said, ‘We should go to the beach tomorrow.’ I can do things spur of the moment. I don’t have to ask my boss. I just work extra hard the next day.”

Learn more about the program that kicked off Steve’s career,
The FastTrack to Copywriting Success Bootcamp and Job Fair. 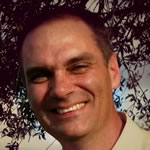 “When I went to Bootcamp, it was like a rocket. I literally took off in this business and I have not slowed down at all.”

Member:
Steve Coombes
Location:
Nashua, New Hampshire
Former Career:
Quality assurance analyst for a Fortune 1000 company
How He Got His First Client:
While still taking the Accelerated Program for Six-Figure Copywriting program, he wrote website copy for a friend. But making a connection with a bigger client at Bootcamp has grown into a seven-year relationship.
Top AWAI Programs: